The BBC weather forecast over the next week shows plunging temperatures and a chance of snow. BBC meteorologist Louise Lear said that snow showers are likely to hit higher ground within a week. However, before this the UK faces a “miserable weekend” as wet and windy weather takes its toll on the country.

She said: “Expect a lot of wet and windy weather. An indoor day, as my mother used to say.”

Both Saturday and Sunday will be marked by unsettled weather, with torrential rain and fierce winds.

Despite this, temperatures will remain mild and well above average for this time of year. 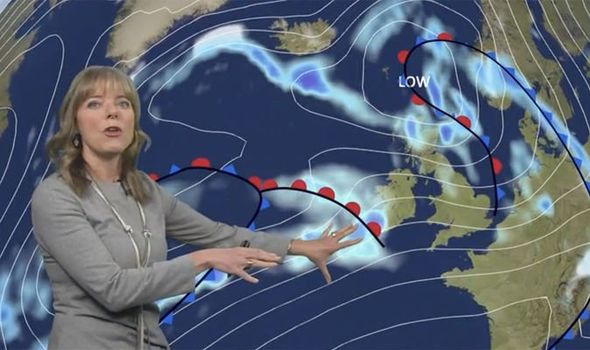 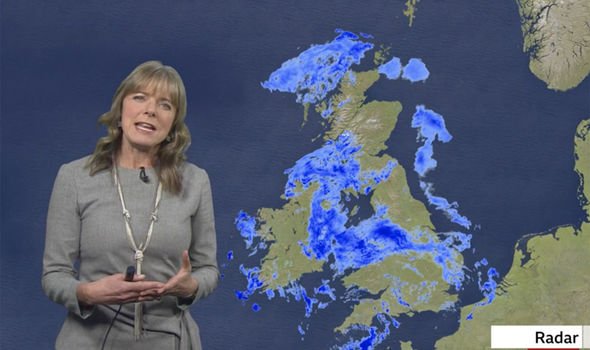 Ms Lear said: “Tomorrow is an unsettled day. We could start off with some pretty wet weather with heavy rain moving into the south.

“The strongest winds on Sunday look to be down across the south, particularly on those exposed coasts where we could see winds in excess of 60mph.

“We will also see plenty of sharps showers being driven in as well.

“The temperatures will remain on the mild side for the middle fo November, around 10C to 14C.” 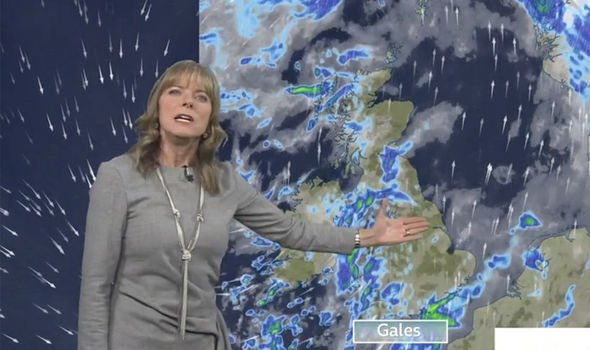 The BBC meteorologist warned that next week will see temperatures plummet across the UK.

Ms Lear explained: “I just want to point out to you what happens as we go into Monday.

“It gets quite interesting. We have more wet weather coming in on Monday. It looks like another unsettled day with scattered showers.” 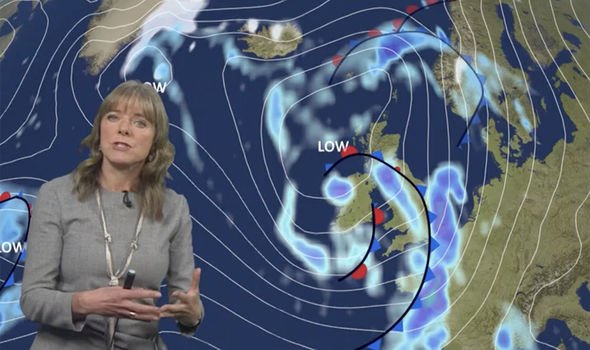 She added: “Once that moves out of the way, temperatures will start to fall away, and into next weekend we draw in a northernly wind.

“It will feel noticeably cooler and I could be talking about snow showers next week.”

This comes after a forecast from WxCHARTS’ shows a layer of snow could settle over higher ground in Scotland between Thursday, November 19 and Saturday, November 21.

Arctic air from the north is expected to move southwards towards the end of November and could bring wintry weather to the UK.

The snow probability models also show a 30 to 40 percent chance of snow for much of the following week across northern parts of the country, as the charts turn blue.