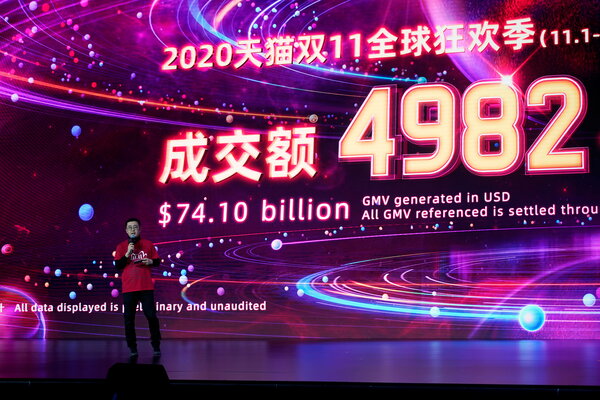 Shares in Chinese internet titans like Alibaba, Tencent and Meituan recovered on Thursday after Beijing unveiled sweeping new proposals earlier this week to rein in their power. But their market values remain well below where they were before the announcement, suggesting the longer-term effects of the rules will be harder to shake, the DealBook newsletter notes.

Chinese regulators may continue tightening control. “We should learn from international experience, strengthen our antimonopoly examinations and ensure that a fair market order is maintained,” Liang Tao, the vice chairman of the China Banking and Insurance Regulatory Commission, said at a conference on Wednesday. (Officials also rejected a software developer’s I.P.O. filing that day.)

Silicon Valley is assessing the potential repercussions. In years past, some executives warned against Washington taking a tougher line on homegrown technology giants, for fear that they would lose out to Chinese rivals that grew unchecked.

For now, Beijing’s moves are unlikely to have much impact on U.S. efforts to rein in tech giants, according to antitrust experts and company executives. But in the longer term, they believe it is another sign that regulators worldwide are preparing to limit their powers.