The real estate investment giant Brookfield is among a pack of suitors racing to secure a £200m deal for the headquarters of McLaren Group, the British supercar manufacturer.

Sky News has learnt that Brookfield, the American property group which jointly owns London’s Canary Wharf estate, is among a number of parties which have lodged offers for the site in Woking, Surrey.

The transaction is being structured as a sale-and-leaseback that will enable McLaren to continue occupying its spectacular home while raising money to strengthen a balance sheet which has been hit by the coronavirus pandemic.

Property industry sources said there had been “substantial interest” in the Formula One team-owner’s HQ – which includes the McLaren Technology Centre – with Brookfield one of a number of parties participating in the sale process.

The transaction is being handled by Colliers, the property agent.

McLaren has raised hundreds of millions of pounds in equity from existing shareholders this year, as well as securing a £150m loan from the National Bank of Bahrain.

It has also appointed Goldman Sachs and HSBC to advise it on a further equity raise and debt refinancing that are expected to take place next year. 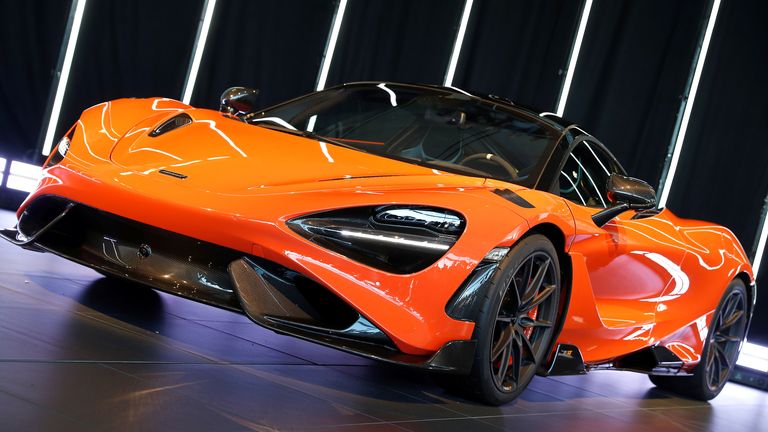 McLaren is also plotting the sale of a minority stake in its racing division, which is likely to tempt offers from wealthy individuals following the Williams F1 team’s recent sale to US investor Dorilton Capital.

In a statement issued to Sky News, a McLaren spokesman said: “The sale-and-leaseback process continues with a number of world-class investors who have shown strong interest in the McLaren brand and investment opportunity.”

The transaction process is continuing as McLaren’s F1 team sits in fourth place in the truncated 2020 constructors’ championship, just a point behind Renault.

The famous British outfit has been struggling to recapture past glories but is showing signs of material progress under the leadership of Zak Brown, who runs its racing operations. 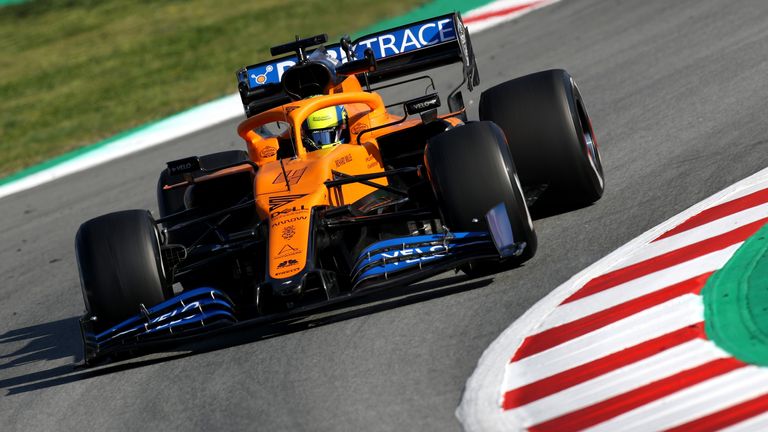 McLaren is among the most historic names in the F1 paddock, and during more than half a century of competing has won eight F1 constructors’ championships.

The team’s drivers have included the likes of Lewis Hamilton, Alain Prost and Ayrton Senna.

An annual budget cap will be introduced in F1 from next year, and sources have said that selling a minority stake could help enable McLaren to operate at the level of the budget cap on a sustainable basis.

McLaren’s on-track operations, which include its participation in the Indianapolis 500 race, account for roughly 20% of the group’s annual revenues.

The company reported a 69% slump in half-year revenues as a result of the COVID-19 crisis, saying that “significant uncertainty” overshadowed its prospects for the remainder of the year.

Earlier this year, McLaren cut 1,200 jobs across its operations as part of a restructuring plan affecting more than a quarter of its workforce.

McLaren is owned by investors led by Mumtalakat, Bahrain’s sovereign wealth fund, which injected £300m of equity into the company as recently as March.

Its search for new funding was accelerated in the wake of a request for a £150m loan from the government being rejected.

McLaren is a major British exporter, supporting thousands of jobs across the UK supply chain.

The sale and leaseback of its HQ will come after McLaren parachuted in Paul Walsh, the heavyweight former boss of Diageo, as executive chairman – a move that stoked speculation that McLaren’s shareholders ultimately wanted to take the company public.

McLaren’s road-car division, which was previously a semi-independent company called McLaren Automotive, makes some of the world’s most expensive cars, with models including the Senna – named after its legendary former F1 driver, Ayrton Senna.

The unit, which is run by Mike Flewitt, represents the majority of the group’s sales.

The British company saw its separate divisions reunited following the departure in 2017 of Ron Dennis, the veteran McLaren boss who had steered its F1 team through the most successful period in its history.

He became one of Britain’s best-known businessmen, expanding McLaren’s technology ventures into a wide range of other industries through lucrative commercial partnerships.

Mr Dennis offloaded his stake in a £275m deal following a bitter dispute with fellow shareholders.

He had presented to McLaren’s board a £1.65bn takeover bid from a consortium of Chinese investors, but did not attract support for it from boardroom colleagues.