BBC Weather meteorologist Carol Kirkwood said the weather will be mostly settled through Tuesday as temperatures slowly begin to lift from 2.5C recorded in some areas in the early morning. After a damp and misty start, brighter spells will be common and the whole of the UK will experience dry weather. Ms Kirkwood however warned an area of high pressure will be moving in into the UK from Tuesday evening, bringing along heavy rain as well as strong winds.

Ms Kirkwood said on Tuesday the mist will slowly lift across northern Scotland but patches of cloud will continue to cover the region.

Odd showers will dot northwest Scotland but the rest of the UK is set to remain bright, albeit cloudy, for most of the day.

After a rather chilly start across the nation, temperatures will be rising up throughout the day, settling in comfortable mid-teens as Tuesday develops.

Conditions will grow unsettled overnight as the first band of rain is pushed forwards into the country. 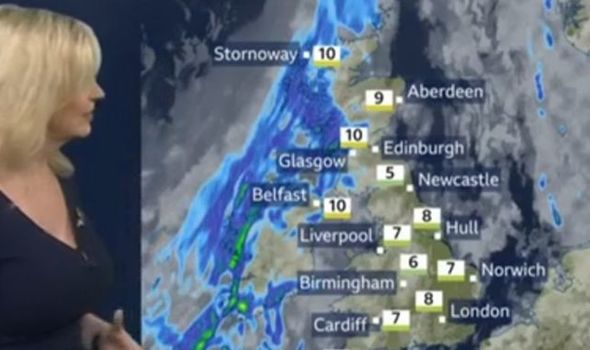 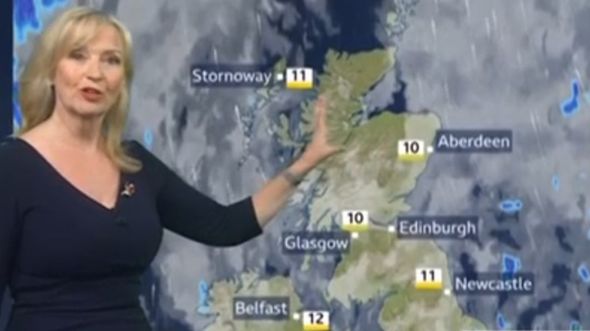 Discussing the weather conditions from Wednesday onwards, Ms Kirkwood said: “Tomorrow we start off with some brightness in the east, when the fog lifts.

“But it won’t last long. Already, we’ve got the cloud and the rain advancing towards the east. Just ahead of this there’ll be gusty winds.

“This is going to be a band of rain, windy around it and also just behind it too.

“And it will take its time before it, eventually, makes it over towards the east.” 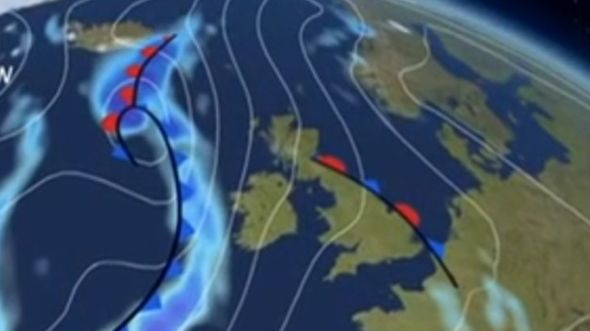 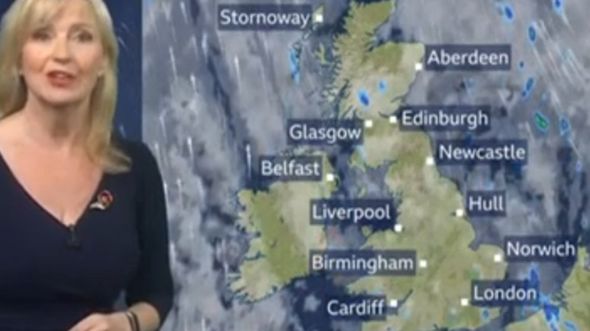 “However, we can already see the next system waiting in the winds, bringing thicker cloud, stronger winds and also some rain.”

BBC Weather has warned November will be highly influenced by winds from the south-west and will keep conditions milder than the average this time of the year. 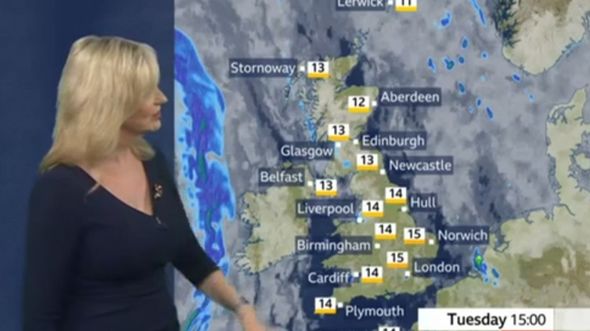 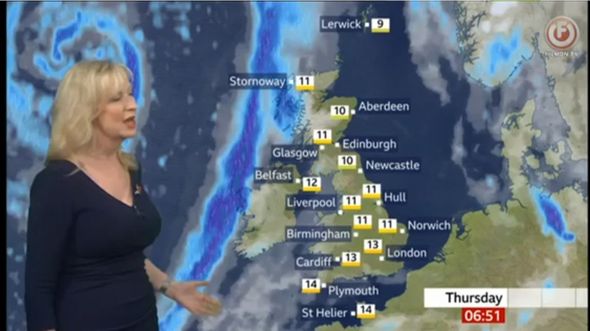 The BBC Weather long-range forecast said: “The most likely outcome during this week is for a huge area of high pressure to remain situated across much of continental Europe.

“The UK will once again be located on the milder western side of this high-pressure ridge.

“Atlantic fronts running into western and northern fringes of the UK before stalling. Milder than average conditions will continue, with the risk of frost quite low, even in Scotland.

The forecast added: “A distinct north-west to south-east split in rainfall totals and wind speeds.

“We will see the south and east again experiencing less rainfall and wind than would typically occur in mid-November.

“The reverse is likely to be the case over western.”