President Trump took to Twitter on Monday evening to blast the pharmaceutical company Pfizer and the US Food and Drug Administration following the news of successful initial trial results for a coronavirus vaccine. Mr Trump claimed that Pfizer did not have “the courage” to announce the results before the election.

He wrote: “As I have long said, @Pfizer and the others would only announce a Vaccine after the Election, because they didn’t have the courage to do it before.

“Likewise, the @US_FDA should have announced it earlier, not for political purposes, but for saving lives!”

Mr Trump went on to blast Mr Biden claiming that if he were president there would be no coronavirus vaccine for another four years.

He tweeted: “If Joe Biden were President, you wouldn’t have the Vaccine for another four years, nor would the @US_FDA have ever approved it so quickly. 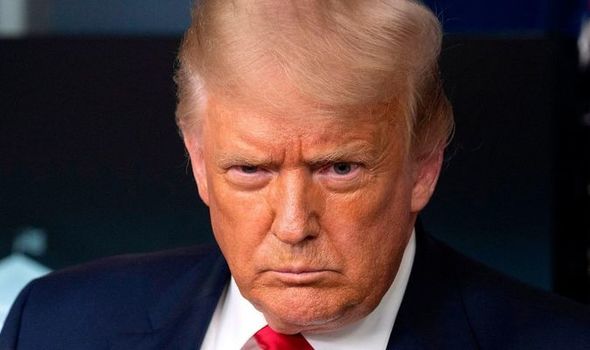 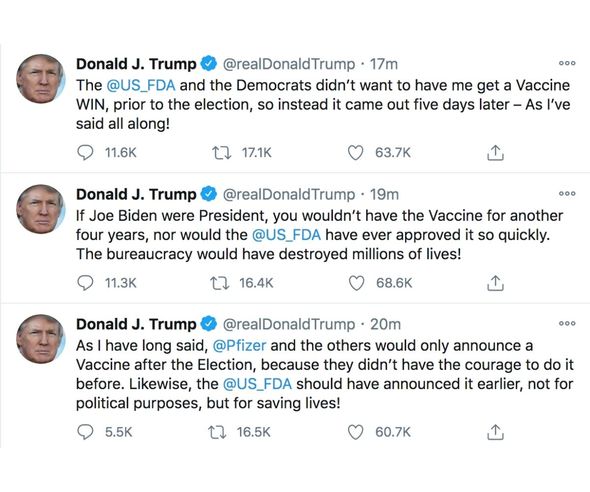 “The bureaucracy would have destroyed millions of lives!”

He added: “The @US_FDA and the Democrats didn’t want to have me get a Vaccine WIN, prior to the election, so instead it came out five days later – As I’ve said all along!”

Mr Trump’s rant came after it was revealed that a COVID-19 vaccine being developed by Pfizer and BioNTech has been found to be 90 percent effective based on initial trial results.

The two companies said they had found no safety concerns with the vaccine yet and are expected to seek US emergency use authorisation this month. 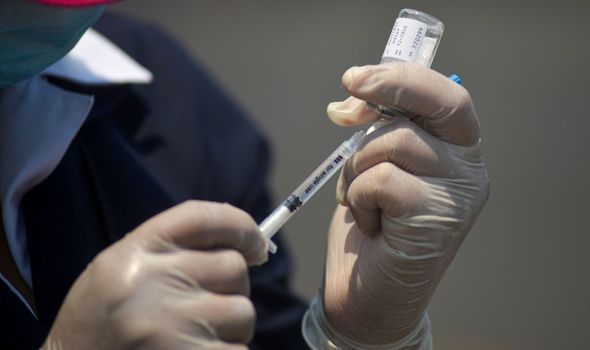 The vaccine breakthrough brings hope that a vaccine could be approved for use by the end of the year.

“The first set of results from our Phase 3 COVID-19 vaccine trial provides the initial evidence of our vaccine’s ability to prevent COVID-19.”

He added: “With today’s news, we are a significant step closer to providing people around the world with a much-needed breakthrough to help bring an end to this global health crisis.” 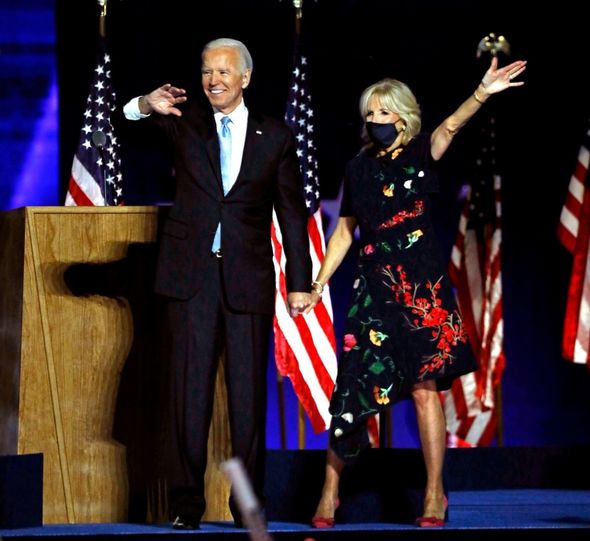 The vaccine news also comes amid a chaotic US election outcome in which Mr Trump has claimed was fraudulent without evidence.

She told Fox News: “There is only one party in America trying to keep observers out of the count room, that party my friends is the Democrat party.

“You don’t oppose our effort at sunlight at transparency because you have nothing to hide. 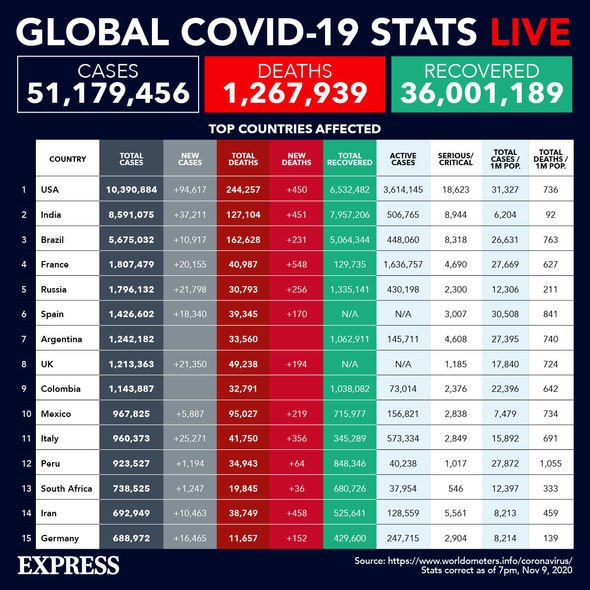 “You take these positions because you are a welcoming fraud and you are welcoming illegal voting.”

He said: “She’s charging the other side is welcoming fraud and welcoming illegal voting, unless she has more details to back that up, I can’t in good countenance continue showing this.”

Mr Cavuto added: “That is an explosive charge to make at the other side is effectively rigging and cheating. If she does bring proof of that we will take you back.”

President Trump has already been censored by Twitter following his continuous allegations about election fraud and his claims to have won the election despite Mr Biden’s projected victory.