Furious peers stripped out key sections of the legislation that would break international law, warning Britain’s standing in the world will be harmed. But the government insists the measures are a vital “safety net” that will protect the UK if trade negotiations with the EU collapse. The measures will be reinstated when the internal market bill returns to the Commons, where it has already been backed by MPs, next month.

Mr Johnson’s spokesman said: “We have been clear that as a responsible Government we cannot allow the peace process or the UK’s internal markets to inadvertently be compromised by unintended consequences of the protocol.

“Any Lords amendments will be considered when they return to the House of Commons but we do consider these clauses to be a vital safety net.”

Under Mr Johnson’s plans, the government would be able to overrule parts of the withdrawal agreement relating to Northern Ireland that kick in if there is no trade deal. 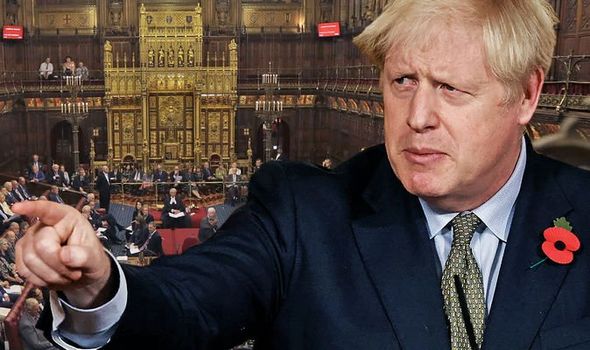 Peers inflicted heavy defeats on the government in a series of late night votes.

In the first of a string of divisions, the House of Lords voted against law breaking powers by 433 to 165, majority 268.

It was the third largest defeat in the upper chamber since 1999 and rebels included Lord Howard and Lord Clarke.

Peers went on to inflict a further defeat on the Government by 407 votes to 148, majority 259, stripping out a further contentious clause relating to the Northern Ireland Protocol. All the other controversial provisions were removed without votes.

A government spokesman said: “We are disappointed that the House of Lords has voted to remove clauses from the UK Internal Market Bill, which was backed in the House of Commons by 340 votes to 256 and delivers on a clear Conservative manifesto commitment. We will retable these clauses when the Bill returns to the Commons.

“We’ve been consistently clear that the clauses represent a legal safety net to protect the integrity of the UK’s internal market and the huge gains of the peace process.

“We expect the House of Lords to recognise that we have an obligation to the people of Northern Ireland to make sure they continue to have unfettered access to the UK under all circumstances.” 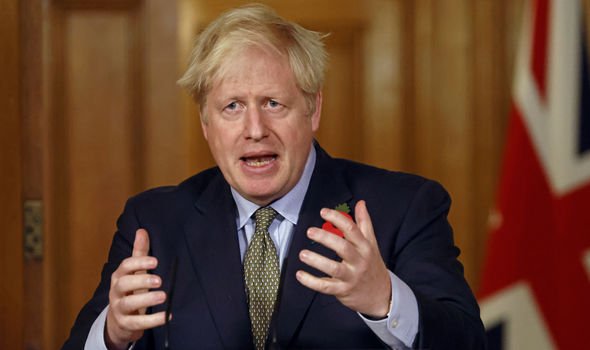 Environment Secretary George Eustice insisted the bill will protect “peace and stability” by continuing free flowing trade across the UK.

Brussels is suing the UK over the proposed new law.

The move has also put Mr Johnson on course for a clash with US president elect Joe Biden, who has been publicly critical of the plan and warned it puts a trade deal with America at risk. 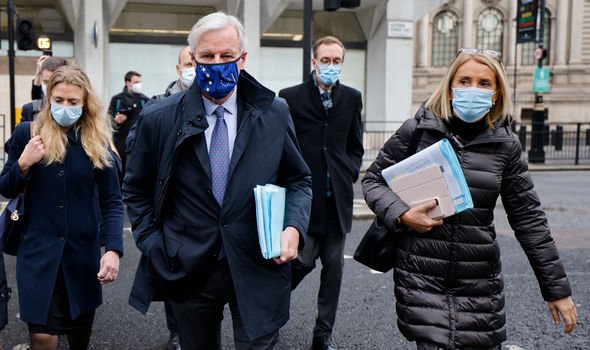 He said: “I want the independent sovereign state that I voted for to be a country which holds its head up high in the world, that keeps its word, that upholds the rule of law and that honours its treaty obligations.”

Archbishop of Canterbury Justin Welby raised concerns the Bill “fails to take into account the sensitivities and complexities” of the Northern Ireland peace process.

He added: “The process of peace and reconciliation in Northern Ireland did not end with the Belfast Agreement.

“It remains an ongoing process, which requires work and awareness from leaders that almost every decision, every word taken or made in relation to Northern Ireland will have an impact. This Bill must show that it is sensitive to these circumstances.”

No 10 could avoid a clash with the White House by ditching the measures if a trade deal is brokered with the EU in the next few weeks.