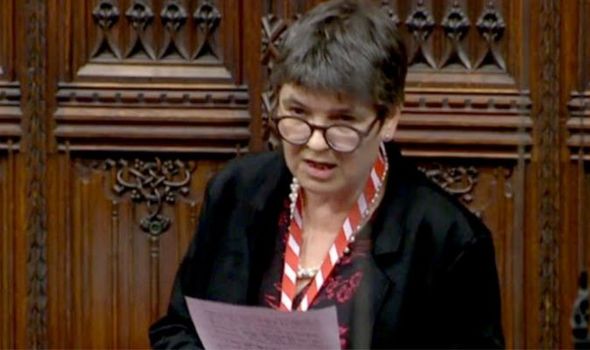 Peers are lining up against the Brexit legislation as they prepare to strip out powers that enable ministers to break international law.

Former Conservative leader Lord Howard of Lympne has called on the Prime Minister to “think again” and remove the contentious parts of the UK Internal Market Bill.

He warned the Government is using the language of “lawbreakers” everywhere.

But Baroness Fox of Buckley said in the upper chamber on Monday evening: “This memory loss all smacks to say the least of double standards.

“Of all the tut tutting of the government, breaking the good faith sections of the Withdrawal Agreement, this feels like a breach of good faith closer to home.

“There is a whif of bad faith double standards when so many of the same people expressing fury over prt five of international law are the same people who appaluded illegal laws such as Iraq with h8undreds of thousands killed as a consequence, who tuned a blind eye when EU member states breached the EU treaties.

“I think of those MEPs thgat I met at the European Patrliament who kept strangely quiet when the EU flaunted its own rules with illegal Eurozone bailouts.”