The statue in a small replica of the Grotto of Lourdes was found decapitated in Montpezat-de-Quercy in the Tarn-et-Garonne region. Officials said the vandalism took on a particular significance with France on high alert after the murder of teacher Samuel Paty who was beheaded in a horrific terrorist attack in Yvelines near Paris three weeks ago.

The predominant feelings are sadness, incomprehension and anger

The popular teacher was targeted after showing his students controversial cartoons of the Muslim prophet Mohammad.

This was followed by a knife attack at a church in Nice which left three people dead and the shooting of a Greek Orthodox priest in Lyon, which was not being investigated by anti-terror authorities.

Police investigating the Virgin Mary attack said it appeared rocks had been hurled at the statue and that one of them smashed off the head. 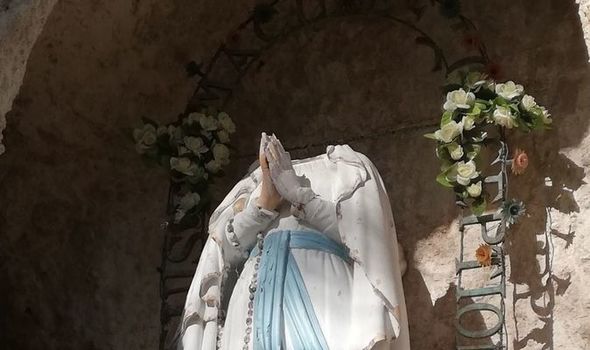 The attack has left residents reeling in Montpezat-de-Quercy, a small rural, medieval village in an area popular with tourists.

“Whatever the reason, nothing justifies such an act, which takes on a particular symbolic dimension in the current context.

“We have no places of worship of any other religion other than Christian in the village.

“It is to be hoped that these are only the rantings of young people expressing their discomfort through incivility, and nothing more.” 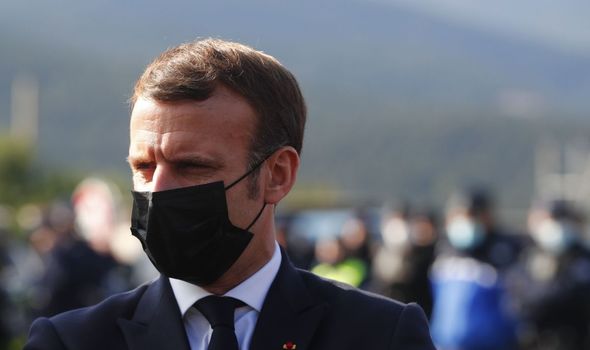 Bishop of Montauban Monsignor Bernard Ginoux and parish priest Father Jérôme Pinel said locals had been badly affected because of their community’s emotional attachment to the statue.

It comes as France has been placed on its highest security level in the wake of the recent attacks.

Extra soldiers have been deployed to protect places of worship and schools following further attacks since Mr Paty’s killing and the Nice and Lyon attacks.

President Emmanuel Macron described Mr Paty’s barbaric murder as an attack on French values and the country itself.

He said: “The idea of terrorism is to create hatred. We will pull through this together.”

Mr Macron enraged Muslims around the globe by describing Islam as “a religion in crisis all over the world”. 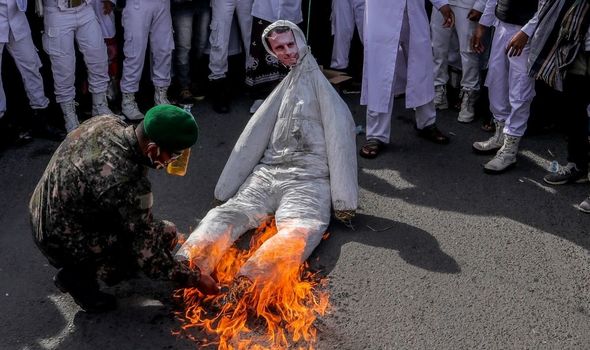 In Bangladesh, supporters of the Islamic group Hefazat-e-Islam used their shoes to beat up a poster bearing Mr Macron’s photograph as thousands marched on the embassy in Dhaka.