Donald Trump and Joe Biden are engaged in a bitter US election as the fight to win the White House looks like going right down to the wire in one of the closest political races in recent years. Chaos quickly erupted this morning when Republican Mr Trump claimed he had already won the election and said there was “massive fraud on our nation” – despite millions of votes still to be counted across several key US states. The US President has repeatedly suggested, without evidence, that an increase in mail-in voting will lead to a surge in fraud.

Now MEP Mr Verhofstadt has come under attack for claiming Europeans will be more united than ever in an “uncertain world”, adding the bloc needs to quickly take steps to define its own future.

The Belgian politician tweeted to his 453,000 followers: “Looking at the chaos across the Atlantic, I’m more certain than ever that Europeans are stronger together in an uncertain world.

“Whatever the outcome, the EU needs to take its destiny into its own hands.”

But the tweet, liked by 6,600 people and retweeted nearly 1,000 times, has sparked a furious reaction from several people, who mocked the Eurocrat for his comments. 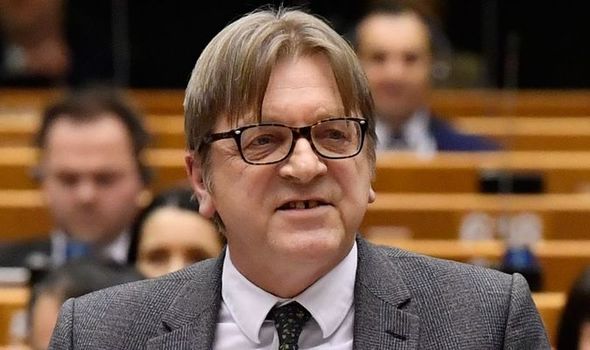 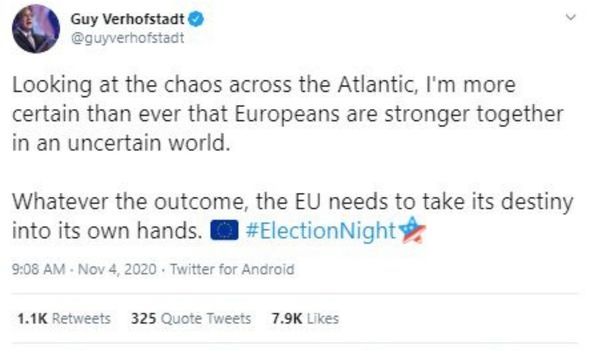 Dozens of Twitter users, including Brexiteer and former MEP Daniel Hannan, highlighted how EU leaders are not directly elected to office by the continent’s population, adding it goes totally against all democratic values.

Mr Hannan replied: “Yeah. So much easier just to appoint your Commissioners in secret at a private banquet.”

One person wrote: “Fortunately for the continuation of this kind of European Union dreaming, the European President is not elected by the people but appointed by a few oligarchs in a backroom.”

Another Twitter user replied: “Guy, can you imagine if the EU was a democracy and had real elections to choose who ran Europe? 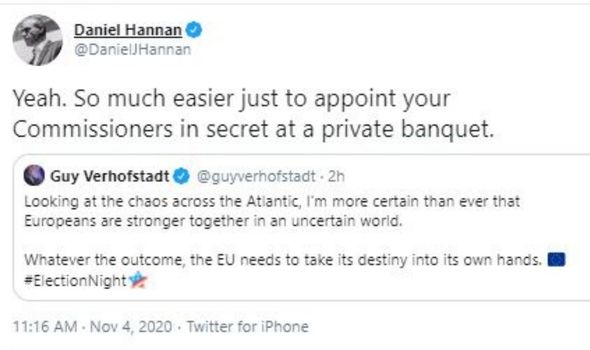 “No, nor can I, because it is not a democracy and never will be.”

“Perhaps the EU could learn a thing or two.”

One person warned the collapse of the EU is close, describing the Brussels bloc as a “parasitic entity”. 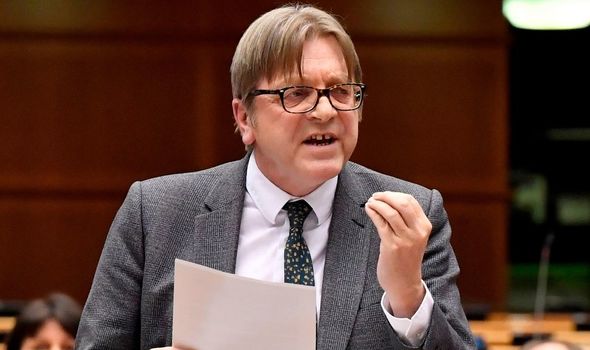 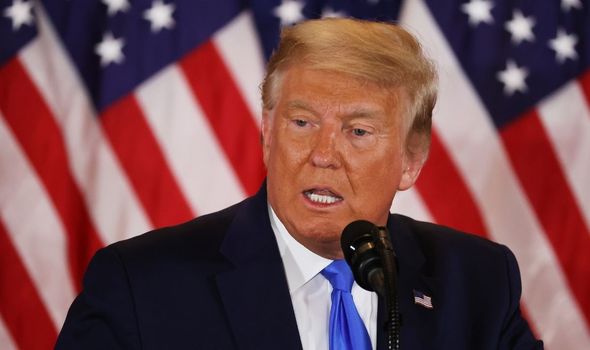 They said: “The EU’s days are numbered Guy.

“A parasitic entity that only serves part of it well.

Another person said the EU’s handling of the coronavirus pandemic continuing to sweep across the continent “shows that you are wrong”, praising Britain’s decision to leave the EU at the end of this year.

Europe is struggling to manage a huge second wave of COVID-19 infections, with several countries forced to place tens of millions of their residents back into lockdown in a desperate bid to control the pandemic.

The Twitter user said: “The way you handle COVID-19 shows that you are wrong. Brits seems the wisest and left on time.”