Three areas of low pressure are affecting the European continent at the moment, according to BBC meteorologist Stav Danaos. He explained that one is across the north of Europe, bringing wet and windy weather. Another one is also reportedly developing near Iberia.

Mr Danaos told viewers: “The last one is in the far east corner of the Mediterranean, bringing some pretty heavy rain and strong winds to Cyprus, the Levant and southeast Turkey.

“This area of low pressure really is going to blossom.

“It’s going to bring some very wet weather to parts of central, southern, western Spain and Portugal, with a chance of flooding over the next few days.

“That’ll be driving its way northwards close to the British isles by the weekend.” 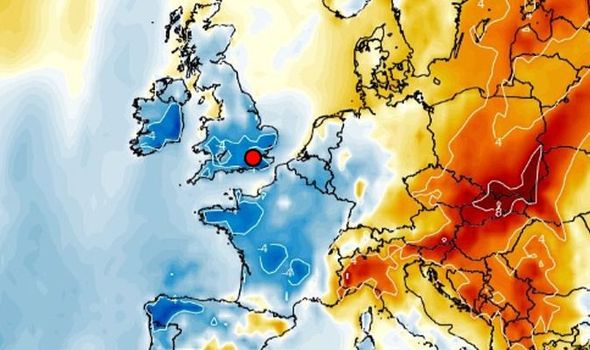 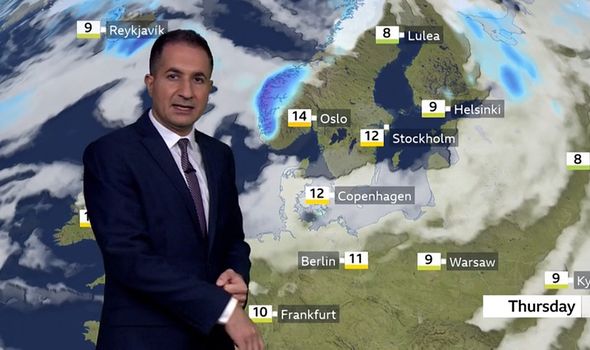 He continued: “But much of the eastern Mediterranean should calm down by about Thursday.

“With that low pressure system pushing on into the Levant and into Iraq.

“Much of the eastern side of Europe will be fine and settled, with some sunshine, and variable cloud around.

“But with high pressure building in here, we could see some issues with morning mist and fog.” 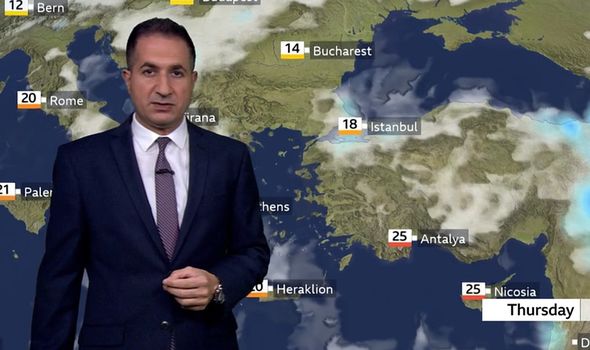 The weather presenter added: “For Scandinavia, it stays mild and windy with outbreaks of rain.

“This area of high pressure will also be affecting the British isles and Ireland.

“There’ll be some drier, colder temperatures, but sunnier weather with morning mist and fog.” 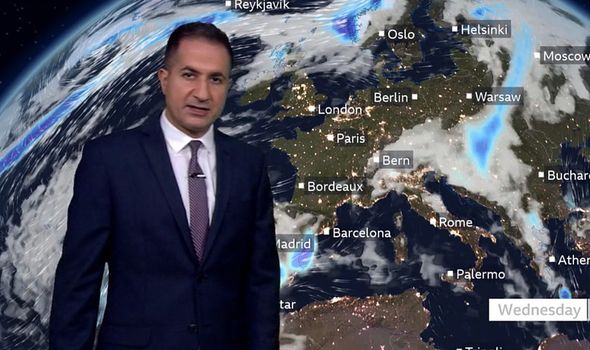 Mr Danaos said: “However that area of low pressure continues to drift northwards into Biscay, close towards the southwest of the UK.

“After some cold and frosty mornings for London and Paris, it starts to turn a bit milder towards the weekend, with southerly winds increasing chances of showers.

“It stays unsettled though for Madrid for the next four or five days.

“For Berlin, it will be dry with some sunshine and chilly nights.

“Athens will tend to be dry as well through the day.”