A massive iceberg that broke off of Antarctica in 2017 is now on a potential collision course with South Georgia, a British territorial island that’s home to thousands of penguins and seals.

The iceberg, known as A68-A, looks like a giant hand pointing a finger. It measures 150 kilometres long and 48 kilometres wide, with a surface area nearly as large as Canada’s Prince Edward Island. It’s the largest remnant of an even bigger iceberg that calved off the Larsen C ice shelf in July 2017.

“It is absolutely huge and it’s the largest iceberg in the Southern Ocean,” Dr. Sue Cook, a glaciologist at the Australian Antarctic Program Partnership, told The Guardian.

Tracking data from the European Space Agency (ESA) shows the iceberg has already travelled more than 1,400 kilometres north over the last three years, and it’s now only 500 kilometres away from South Georgia. ESA projections show it’s on course for the island. 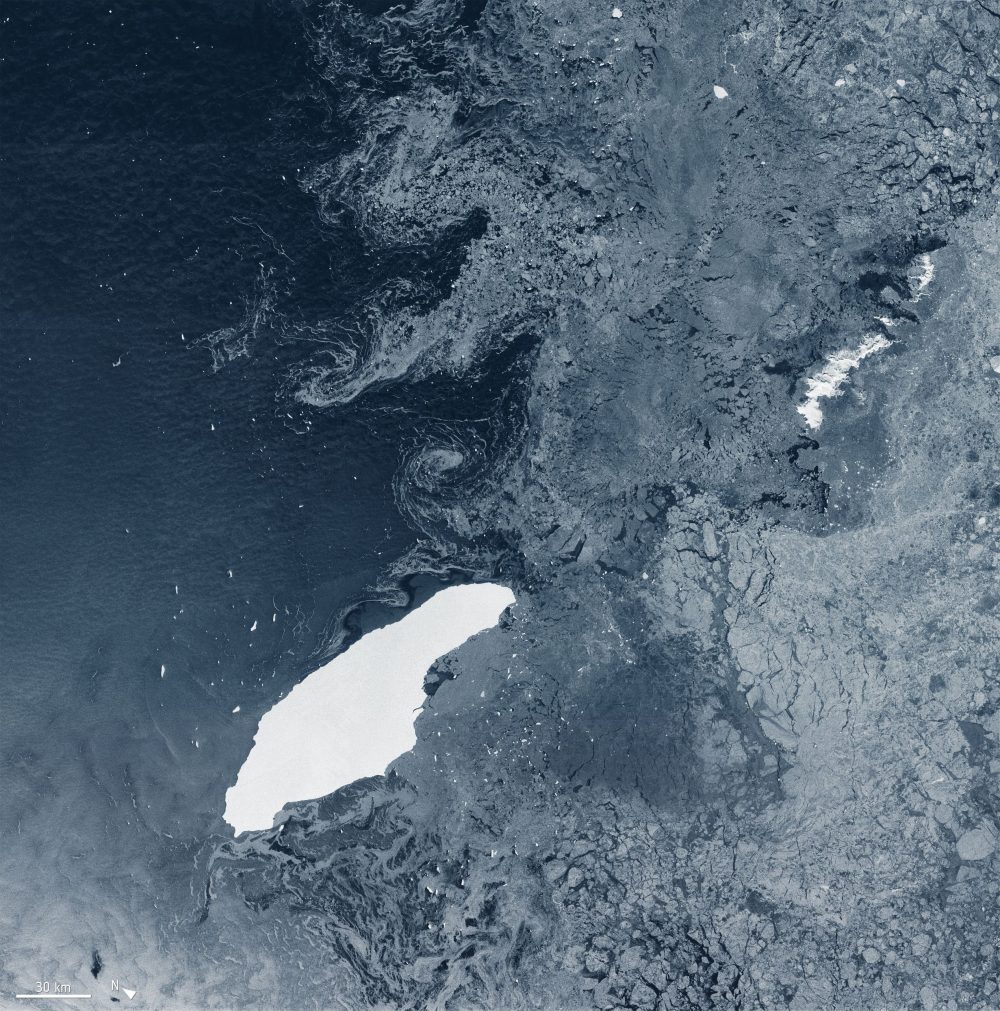 Scientists are concerned that the relatively thin iceberg will run aground off the island, where it could linger for months or years. The iceberg is large enough to cause major disruptions around South Georgia, which is a major wildlife sanctuary for penguins and seals.

“There’s a danger here that if the iceberg gets stuck, it could be there for 10 years,” said Geraint Tarling, a professor with the British Antarctic Survey (BAS).

“That would make a very big difference, not just to the ecosystem of South Georgia but its economy as well,” Tarling told BBC News. 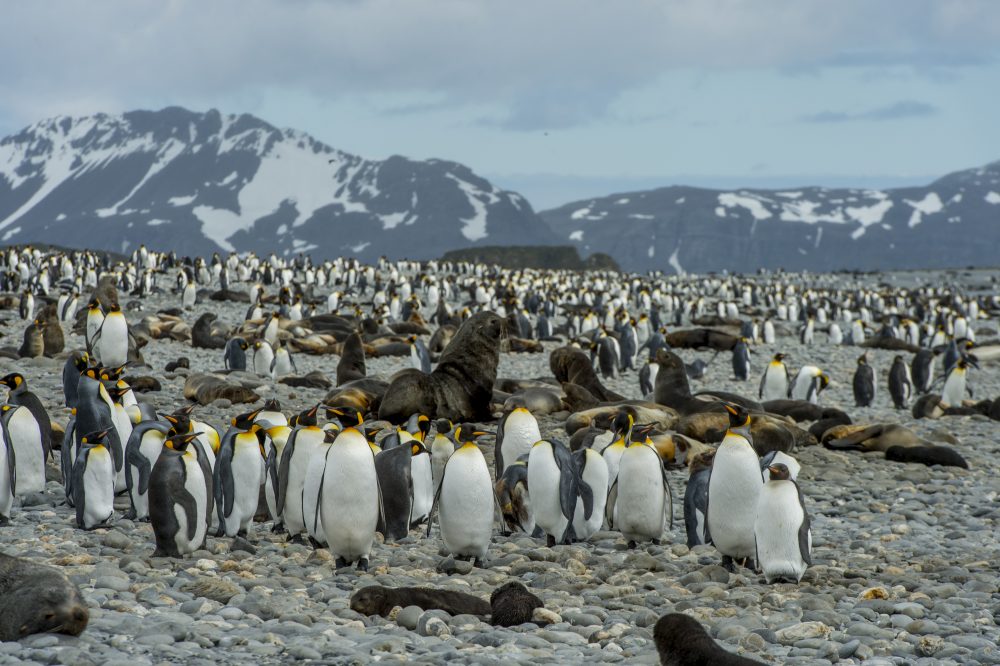 He added that a large iceberg could make it difficult for penguins and seals to feed their young, because they would be forced to travel much further to find food.

“A close-in iceberg has massive implications for where land-based predators might be able to forage,” he said. “If they have to do a big detour, that means they’re not going to get back to their young in time to prevent them starving to death in the interim.”

He added that a melting iceberg can also benefit the local ecosystem by depositing dust that will fertilize the ocean life.

There are no permanent settlements in South Georgia or the nearby Sandwich Islands, but the U.K. maintains two research bases and oversees commercial fishing in the area.

Cook says it’s hard to know for sure where the iceberg will go. It’s currently following a path through “iceberg alley,” but weather patterns and ocean currents can subtly change its route. There’s also the chance that it might break apart again before it reaches South Georgia.

Many icebergs have become caught in the shallow waters around South Georgia, where they linger and slowly melt over long periods of time.

Part of a massive iceberg known as A38 ran aground at South Georgia in 2004, causing mass die-offs among seal pups and penguin chicks. The iceberg had split in two, leaving behind one piece that measured 70 kilometres long and 19 kilometres wide.

Researchers with the British Arctic Survey are asking the ESA to take more photos of A68-A due to its incredible size.

“A68-A is spectacular,” BAS researcher Andrew Fleming told the BBC. “The idea that it is still in one large piece is actually remarkable, particularly given the huge fractures you see running through it in the radar imagery.

“I’d fully expected it to have broken apart by now.”