Many of Wisconsin’s swing voters live in and south of Green Bay, a region of old mill towns and farms burning with coronavirus infections and personality-driven politics. 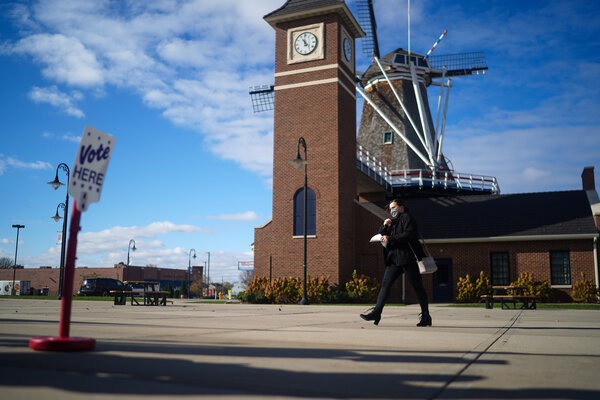 LITTLE CHUTE, Wis. — The 12,000 residents of this village 24 miles south of Green Bay backed Barack Obama in 2012 and Donald Trump in 2016. But in 2018 they made a narrow split decision — a 461-vote margin for Gov. Scott Walker, a conservative Republican, and a 132-vote advantage for Senator Tammy Baldwin, a liberal Democrat.

Packed amid former paper mill towns, Little Chute sits at the heart of the Fox Valley, a three-county stretch from Green Bay to Oshkosh that is the most politically competitive region in one of America’s foremost battleground states.

Democrats tend to focus their Wisconsin campaigns on turning out voters in the liberal cities of Milwaukee and Madison, while Republicans concentrate on the conservative suburbs ringing Milwaukee. But it is often the Fox Valley where statewide elections are won or lost.

And this year, there is a new wild card, the coronavirus, which is rampaging through the Fox Valley, with new case counts averaging nearly 600 a day.

The three counties — Brown, Outagamie and Winnebago — all backed Mr. Obama in 2008, and two of the three narrowly went for Mitt Romney in 2012 before they all backed Mr. Trump four years later. But like Little Chute, in 2018 all three counties backed Mr. Walker, who narrowly lost his bid for a third term as governor, and Ms. Baldwin, who coasted to re-election to the Senate.

“It’s a purple region within a purple state, and purple regions swing back and forth depending on the times,” said Senator Ron Johnson of Wisconsin, an Oshkosh Republican.

The combination of old factory towns and rural voters who have migrated to the Republican Party, college towns and small cities becoming increasingly Democratic, and Catholic voters inclined to back Democrats as long as they aren’t too strident on abortion rights has made the region that includes the state’s third-, fifth- and sixth-largest counties the ultimate presidential battleground.

It is the headquarters of the John Birch Society and the cradle of McCarthyism — Senator Joseph McCarthy was born in Grand Chute — but it reveres Green Bay Packers quarterback Aaron Rodgers, one of the N.F.L.’s most prominent social justice activists. 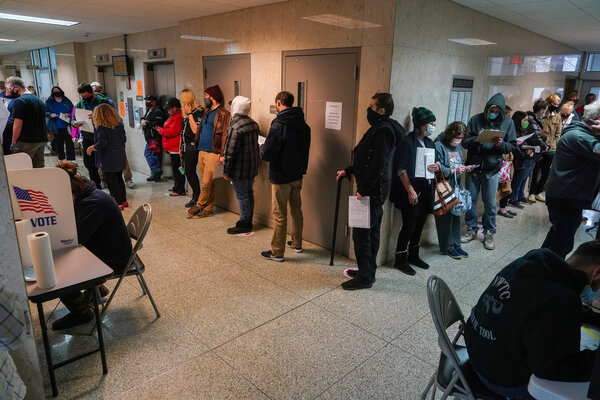 It is also an epicenter of the coronavirus surge rampaging through Wisconsin. All three counties have new virus case counts that exceed the state’s average for the last week. Of the 15 cities with the worst coronavirus outbreaks in the country, eight are in Wisconsin and five — Appleton, Fond du Lac, Green Bay, Manitowoc and Oshkosh — are in the greater Fox Valley. And that may change the political equation in an area that is not ordinarily driven by national issues.

“There’s, I think, a sense of desperation about how we are going to survive this,” said Amanda Stuck, the Democratic candidate for the House from Appleton. “We have to get back to work. But at the same time, we see stories every day about how our hospitals are at capacity, and we don’t know what we’re going to do here anymore if beds continue to fill up.”