From a distance, with an elbow tap instead of a hug, the former vice president is getting a version of the in-person campaigning he loves. 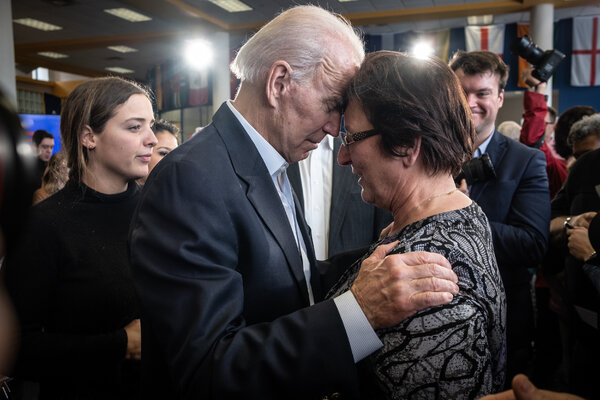 Before a speech this month in Durham, N.C., Joseph R. Biden Jr. made his way around a circle of participants, chatting with each of them before posing for a group photograph. In Chester, Pa., a week later, he kibitzed with supporters, playfully punching one in the arm. And on a recent trip to Florida, his private schedule for the day included time for a photo line.

As the coronavirus has rampaged across the country, Mr. Biden has carefully avoided many traditional aspects of running for president. But even as he maintains his cautious, sober approach to campaigning — one that he is betting voters will reward on Election Day in less than a week — he has pursued one of his favorite electoral activities: retail politicking.

Though he is not quite kissing babies or walking a rope line, Mr. Biden has quietly continued chit-chatting and snapping photographs with supporters behind the scenes. Most of the encounters are not public, and they often happen far from the watchful eyes of reporters. Participants have been instructed not to take their own pictures of their interactions and to put away their cellphones before meeting Mr. Biden — a protocol that the campaign has instituted for sanitation reasons but that means there are few records of the interactions on personal social media accounts or otherwise, if there are any at all.

During a campaign trip this month to Erie County, Pa., where Mr. Biden toured a plumbers union training center and delivered a speech, he met one-on-one in an airport hangar with local leaders and supporters including Jim Wertz, the chair of the local Democratic Party. When Mr. Wertz told Mr. Biden that his young daughter had debated at school in favor of the question “why should Joe Biden be the next president of the United States?”, Mr. Biden asked for her number and called her.

And this is what Joe Biden does. Mr. Biden’s fondness for face-to-face campaigning is well known, and his tendency to linger on rope lines after campaign events was long considered one of his greatest political strengths. Some voters who met him, moved by Mr. Biden’s ability to share in their personal pain, would emerge from their interactions with misty eyes and a story to recount for the rest of their lives. 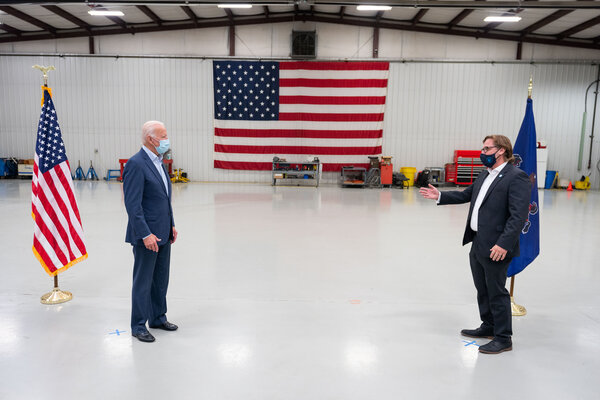 But Mr. Biden’s campaign events are now smaller affairs for the most part, with limited guest lists and strict social distancing requirements, frustrating some voters who have been turned away and largely depriving the former vice president of the shoulder-grabbing, look-’em-in-the-eyes interactions he craves. So now, he is going about it another way.

The Biden campaign said that whenever possible, it tries to arrange opportunities for Mr. Biden during his events to say hello and thank local elected officials and community members, following the safety protocols it has put in place for in-person events. It also asks that participants put away their cellphones so that there is no passing back-and-forth of phones for selfies or personal photos out of concern for sanitation; instead, the campaign’s official photographer takes the photos.

Certainly, there are potential strategic benefits for Mr. Biden in holding nonpublic meet-and-greets with supporters. Unlike his pre-pandemic rope lines, his audience is carefully curated. Without reporters to witness the conversations, there is little risk that news cameras will capture any gaffe or misplaced remark.

And in something of a political sleight of hand, at least one nonpublic moment has led to positive local media coverage. Mr. Wertz said news of Mr. Biden’s phone call with his daughter went semiviral, at least in the area: The local news covered it, and it was featured in a column in the Erie newspaper.