One of three people stabbed to death in Nice has been named as church worker Vincent Loques.

He said Mr Loques was a “devoted employee” of the church. 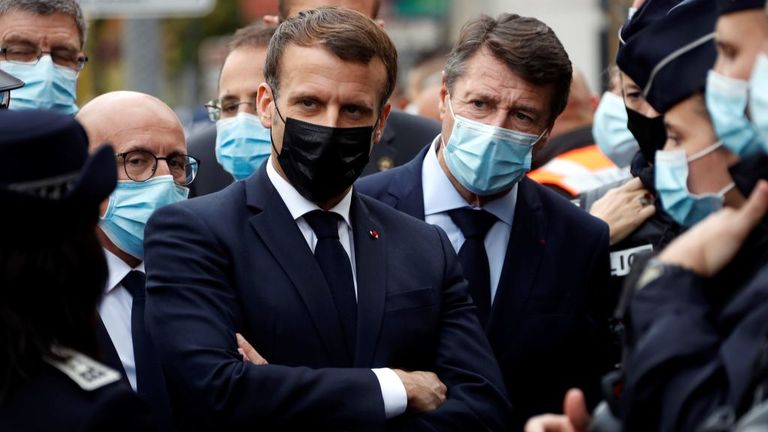 The suspected terror attack – during which a woman was decapitated – took place in the Notre Dame church in the city.

“Everything suggests a terrorist attack,” he added.

President Emmanuel Macron, who visited Nice on Thursday afternoon, said his country had been “attacked” and expressed the “support of France towards the Catholic community”.

He also pledged to deploy soldiers to protect key sites such as places of worship and schools.

French interior minister Gerald Darmanin encouraged people to stay away from the area with a police operation under way.