Now that the war of words is over with Tiffany & Co., and the luxury sector’s biggest acquisition is on its way to being rubber-stamped, the real work begins for the jeweler’s soon-to-be new owner, LVMH Moët Hennessy Louis Vuitton.

So say equity analysts and others polled in the wake of Thursday’s news that LVMH and Tiffany had agreed on new deal terms and ditched their rancorous legal proceedings against each other. The firms jointly announced they had “concluded an agreement modifying certain terms of their initial agreement” and a new purchase price of $131.50 in cash per share, versus an original offer of $135.

The truce paves the way for the French group — which has revved up Dior, Fendi, Loewe, Bulgari and other brands — to try its hand at one of America’s most iconic names, synonymous with diamonds, blue gift boxes, Audrey Hepburn — and breakfast.

“LVMH is a master at selling perceived exclusivity to the masses,” said Luca Solca, senior research analyst, global luxury goods at Bernstein. “This, I expect, will be the most important contribution that LVMH can bring to Tiffany.”

In Solca’s view, Tiffany harbors the same potential it did in November 2019, when LVMH launched its original $16.2 billion takeover bid, but the current leadership “falls short on executing on this mission, and behaved sometimes in the past too much as a mass-market retailer.”

“It would seem natural that LVMH may appoint a new leader for the business down the road,” Solca said, also adding that, “Tiffany probably needs stronger specialist design talent in jewelry.”

Its current chief artistic director, Reed Krakoff, spent most of his career in fashion and leather goods, having been the head of a namesake fashion house, which closed in 2015, and the longtime president and executive creative director for Coach. During his time at Tiffany he has expanded on the jeweler’s signature “T” collection, added more high-jewelry pieces and substantially updated and expanded its homewear offering.

“I believe LVMH has what it needs to potentially enhance Tiffany’s fortunes,” he concluded.

One source familiar with LVMH said it is likely to drive Tiffany more upscale and “re-enchant the brand” by improving product desirability and customer service while revamping stores and sharpening the American company’s messaging.

As for a potential leader from a group that tends to promote from within, the source named only one: Michael Burke, chairman and chief executive officer of Louis Vuitton, LVMH’s flagship and cash-cow brand.

“It takes someone who knows America very well because the organizational structure is way different than in Europe,” the source said.

Long a key protégé of Bernard Arnault, Burke started his career with the French business titan in 1980, working at various of his holdings before joining Dior in the U.S., ultimately becoming president. He was president of Louis Vuitton’s U.S. operations for four years before returning to Paris in 1997 as Dior’s executive vice president. 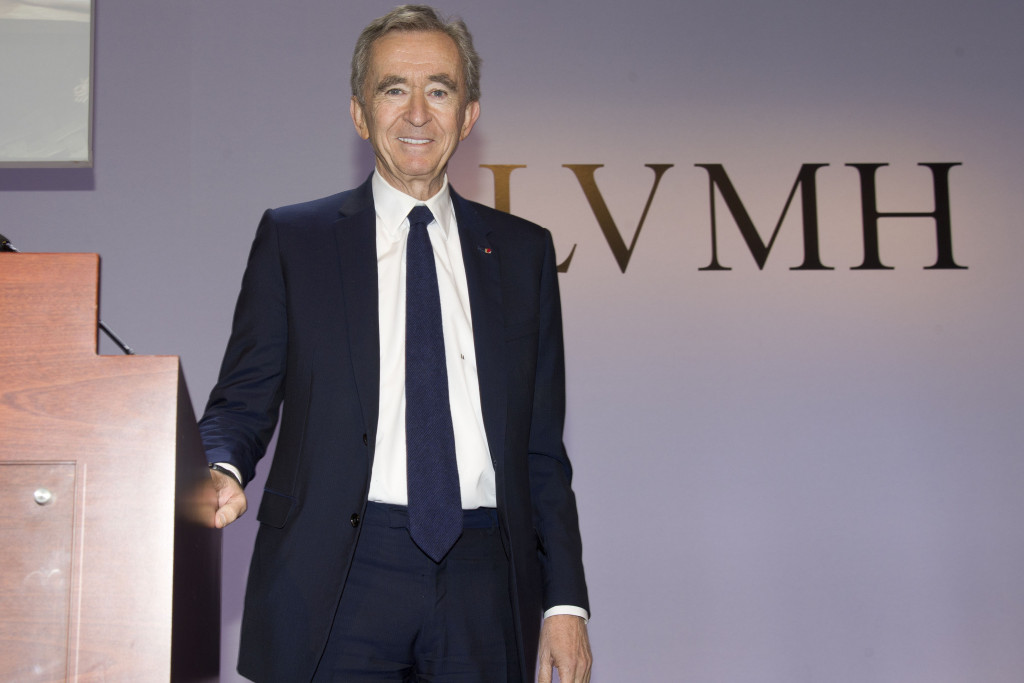 He has also been the ceo of Fendi, and was briefly the ceo of Bulgari shortly after LVMH snapped up the Roman jeweler in 2011 for 3.7 billion euros.

During his tenure at Vuitton, Burke has put a strong focus on watches and jewelry, recruiting the high-profile designer Francesca Amfitheatrof for the role of artistic director of those categories in 2018. Before that, she headed the jewelry design team at Tiffany.

While HSBC analyst Erwan Rambourg said Tiffany’s current management is strong and has improved the company, he, too, expects changes in leadership.

Tiffany will also have a change in outlook under LVMH, which Rambourg said can develop the brand for “the next generation, not the next quarter.”

“What LVMH will bring is a sense of urgency, a sort of intensity of management and obviously phenomenal financial means,” he said. “The positioning is right at Tiffany, there’s nothing wrong at Tiffany. What’s underdeveloped is this sort of in-your-face presence the brand should be having. It’s sort of neither here nor there, it’s not a small brand, it’s not a megabrand. I think the mission for LVMH is to make it a megabrand.

“Look at Vuitton 10 years ago and look at what it’s become today,” Rambourg said. “It was a big brand, now it’s become completely unavoidable. I think LVMH has the power to make that happen at Tiffany.”

In announcing their truce on Thursday, Tiffany and LVMH assumed a conciliatory tone.

“We are very pleased to have reached an agreement with LVMH at an attractive price and to now be able to proceed with the merger,” Roger Farah, chairman of the board of Tiffany, said in a statement. “The board concluded it was in the best interests of all of our stakeholders to achieve certainty of closing.”

Bernard Arnault, president and ceo of LVMH and one of the industry’s most formidable dealmakers, commented: “This balanced agreement with Tiffany’s board allows LVMH to work on the Tiffany acquisition with confidence and resume discussions with Tiffany’s management on the integration details. We are as convinced as ever of the formidable potential of the Tiffany brand and believe that LVMH is the right home for Tiffany and its employees during this exciting next chapter.”

Tiffany’s current ceo, Alessandro Bogliolo, added: “We continue to believe in the power and value of the Tiffany brand and the compelling long-term strategic and financial benefits of this combination.”

Regulatory hurdles have already been cleared, and the deal is expected to close in early 2021, subject to Tiffany shareholder approval and customary closing conditions.

The denouement puts an end to uncertainties that were seen as harmful to Tiffany as it faces its most critical quarter in the calendar year, and allows LVMH to prevail in the largest acquisition in the luxury sector with a discount of about 420 million euros.

That discounted price doesn’t factor in the 58-cent dividend Tiffany will pay per share next month. (The fact that the jeweler kept to its long-held practice of paying dividends in good times and bad through the pandemic was one of many points that irked LVMH as the legal battle played out.)

Extra caution was taken to make sure there’s little to no wiggle room in the revised deal.

“We wound up with a better prenup than Melania,” said one source close to Tiffany, referring to President Trump’s marriage agreement to First Lady Melania Trump.

The source said Tiffany remained very confident in its legal case and that it was not being pressured by shareholders when LVMH reached back out to start negotiations back up.

A fuller and on-the-record retelling of how the negotiations resumed and proceeded should be revealed as the regulatory paperwork is updated, fleshing out the merger and acquisition case study that is Tiffany vs. LVMH.

What has been filed with the Securities and Exchange Commission so far shows an effort to put all the wrangling into the past with changes to the termination provisions and a set schedule of how the two parties will stay in touch between now and closing, which can’t happen before Jan. 7.

And if somehow things do go off the rails, the purchase price could conceivably snap back to the original level.

“In the event that registrant [Tiffany] brings any claim, litigation, or other similar proceeding to enforce the terms of the amended merger agreement or for money damages, the ‘per share merger consideration’ will be deemed, for all purposes in such proceeding, including any award of specific performance or damages, to be $135 in cash,” Tiffany said in a regulatory filing.

Morgan Stanley analysts were sanguine if the deal had derailed. “Tiffany offers interesting opportunities for LVMH, but is not a ‘must do transaction’, among other reasons because of LVMH’s strong opportunities with its existing portfolio of 70 brands,” the investment firm said in a recent research report, noting that Tiffany’s enterprise value represents only about 7 percent of LVMH’s market capitalization.