Sir Keir Starmer responded to an Equality and Human Rights Commission (EHRC) report by declaring a “day of shame” for the Labour Party. The Labour Party leader was speaking after a report into allegations of anti-Semitism in Labour found the party was “responsible for unlawful acts of harassment and discrimination”. The EHRC identified “serious failings” in the party leadership’s attempts to tackle anti-Jewish racism. 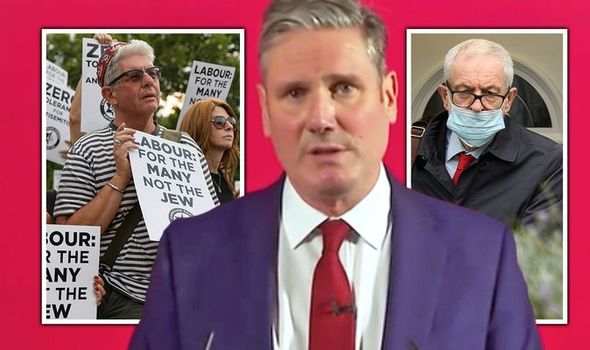 Sir Keir responded at a press conference today: “I found this report hard to read.

“It is a day of shame for the Labour Party. We have failed Jewish people.

“On behalf of the Labour Party I am truly sorry for all the pain and grief that has been caused.”

Jeremy Corbyn responded to today’s report by claiming his team had “acted to speed up, not hinder the process”.

He rebutted the report by claiming the scale of anti-Semitism in the party had been “dramatically overstated for political reasons”.