The Biden campaign, according to advisers, is concerned over possible perception of foreign meddling in the election — or any comparison to Russian interference on President Trump’s behalf in 2016. 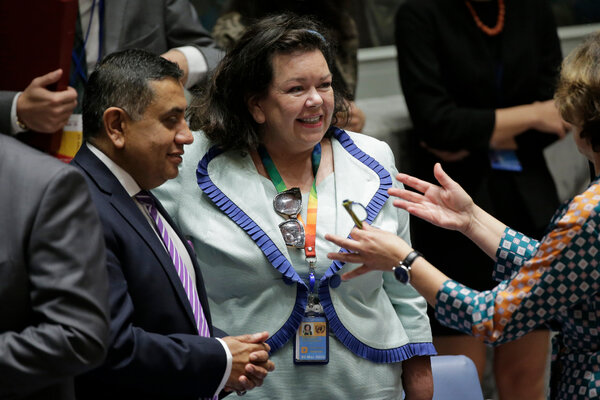 WASHINGTON — Last July, as Joseph R. Biden Jr. was about to accept the Democratic nomination for president, the British ambassador to Washington invited a few of the former vice president’s close friends and advisers to an intimate dinner.

Among those who attended, according to one of the guests, was Senator Chris Coons of Delaware, who now holds Mr. Biden’s seat in the Senate. Others included Senator Tim Kaine, the Virginia Democrat and 2016 vice-presidential nominee, and Terry McAuliffe, the former Virginia governor and Democratic Party chairman.

In years past, the British Embassy would have had a direct line to officials in both presidential campaigns — Democrat and Republican — to coax information about the policies and priorities of the next American leader, which the ambassador would have cabled back to the Foreign Office in London.

But in this strangest of campaign years — disrupted by a pandemic and haunted by fears of foreign influence — such privileged access to the Democrats has been cut off. The ambassador, Karen Pierce, has had to content herself with cultivating people one step removed from Mr. Biden’s inner circle.

Mr. Biden’s campaign, concerned over any possible perception of foreign meddling in the presidential election — or any comparison to Russian interference on President Trump’s behalf in 2016 — has ordered its high command to refuse nearly all conversations with foreign officials or members of Washington’s diplomatic corps, campaign officials said.

That has left the emissaries along Washington’s Embassy Row to woo Mr. Biden’s informal and unpaid political advisers, or lawmakers who are close to him, for any crumb of information that might be spilled during the gossip swapping that is the lubricant of their lavish parties and quiet soirees.

“During any campaign in normal times, any embassy that considers itself worth its salary is trying to get to know as many people as possible,” Ambassador Pierce said in an interview this week. “That would be the same whether it’s the Republican or Democratic candidates.”

The night before the July dinner, for example, the embassy had hosted a similar gathering with prominent Republicans, according to a person familiar with the event.

For decades, Britain and other allies used to dispatch junior diplomats to travel with the Democratic and Republican campaigns, where they could pick up policy insights and forge ties with future White House advisers.

For some foreign officials, who spent the past four years assiduously cultivating Mr. Trump, his family and his senior aides, the prospect of a Biden victory is forcing a sudden shift in focus.