In a positive but highly unscientific sign for the president, orders for his campaign materials outpace those for his rival’s at a major market for banners, caps and other souvenirs. 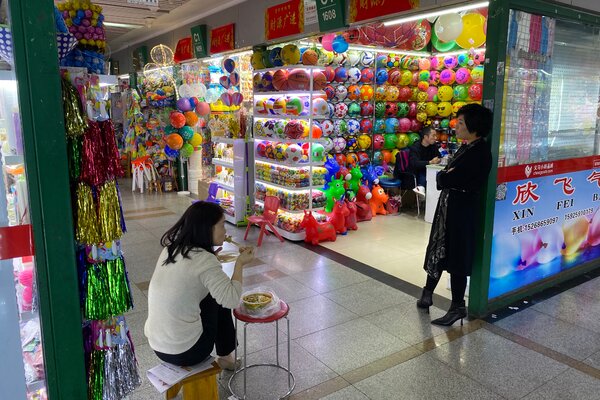 YIWU, China — Deep inside a 10-block-long factory outlet mall in China, the people who supply Americans with their plastic dinosaurs and “Kiss My Bass” baseball caps are confident about a Nov. 3 victory for Donald Trump.

President Trump’s campaign paraphernalia — hats, banners, mugs and practically anything else that can carry a logo — has been selling briskly at shops in the vast wholesale market in the Chinese city of Yiwu. By contrast, shop owners said during recent visits, bulk orders for materials supporting former Vice President Joseph R. Biden Jr. have been almost nonexistent.

“We’ve had four or five shoppers for Trump materials each month,” said Ge Lu, a salesman at one of about 100 shops specializing just in flags, referring to big purchasers who buy banners by the thousands. “We’ve had one Biden shopper this year.”

The place isn’t for the average shopper. Yiwu is home to the world’s largest wholesale market, where global retailers look for items to stock on their own shelves. In building after cavernous building, buyers for companies big and small pick through stalls featuring hats, T-shirts, banners, face masks, baby toys, knapsacks, modeling clay and practically any other manufactured product that will delight the world’s fickle consumers.

It is also home to what Chinese watchers of American politics — a nervous group these days, given souring relations between the two countries and Beijing’s tighter limits on conversation — call the Yiwu Index. Big demand for a presidential candidate’s merchandise, goes the theory, translates into big voter turnout in November.

“Trump still has the better chance,” said Zhang Zhijiang, the owner of a caps and hats factory in Jiangsu Province who keeps a sales office in the Yiwu market. 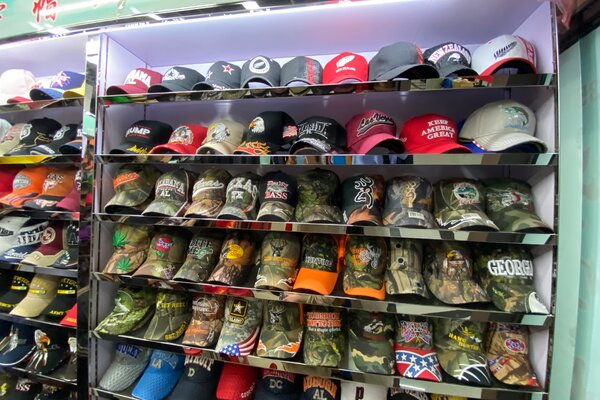 Mr. Trump might welcome the news from Yiwu. He trails Mr. Biden in nationwide polls and in a majority of key battleground states just a week before the election. His campaign has been shaken by the coronavirus, which continues to spread relentlessly through the United States and has even struck the White House.

Followers of the Yiwu Index believe it is reliable, however, and they have history on their side. In 2016, the index consistently predicted a Trump victory. In the final weeks of the campaign, demand for Hillary Clinton hats and other souvenirs weakened considerably.