That question has consumed a corner of the internet this week after images emerged of the U.S. Senate Majority Leader with visibly bruised and bandaged hands.

Several photos captured by the Associated Press on Wednesday show McConnell, 78, with his injured-looking hands at a Republican luncheon in Washington, D.C., on Wednesday. 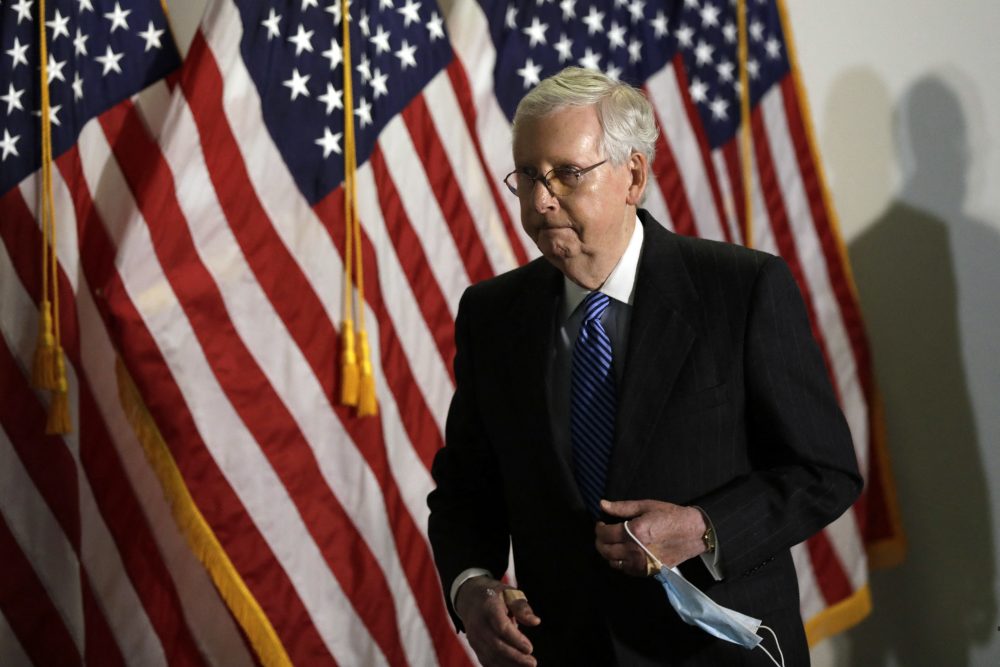 The photos show McConnell’s hands appearing to be a plum shade of purple. Bandages are also visible on both hands, and a scrape can also be seen between his right thumb and index finger. 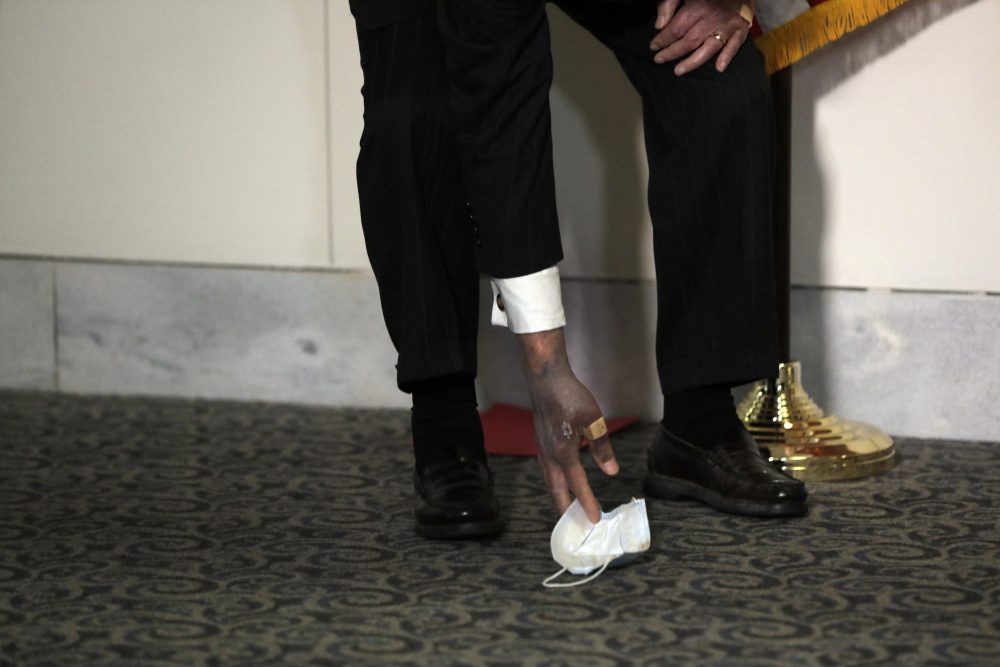 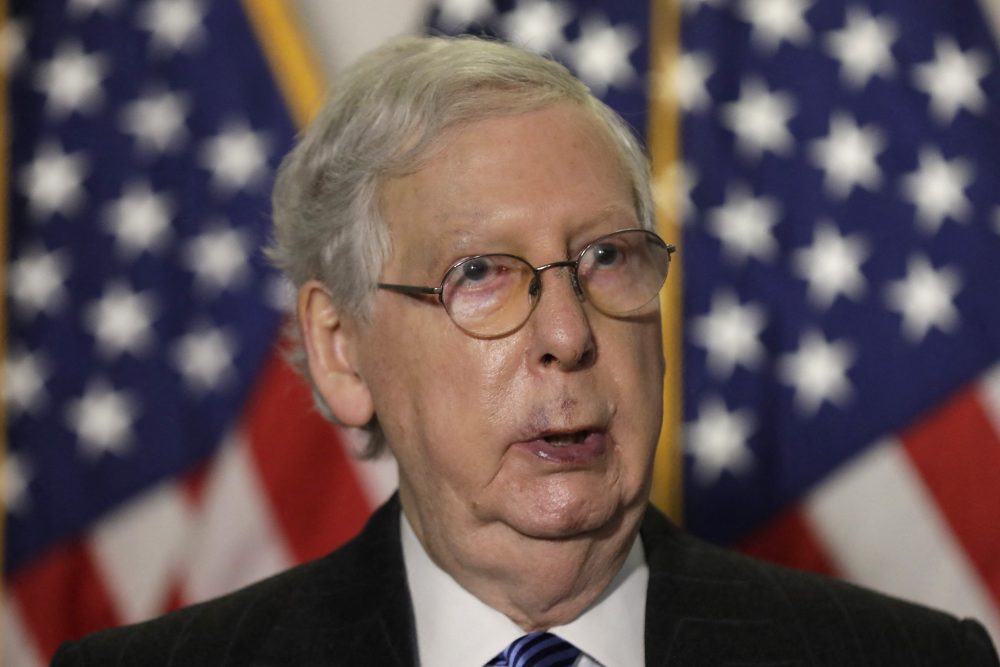 Thousands engaged with a Twitter thread about McConnell’s hands on Wednesday, with many wondering whether he was hiding a health condition.

McConnell appeared to keep his hands in his pockets around reporters in photos captured from Capital Hill on Thursday. However, one journalist did manage to ask him a direct question about the mysterious condition.

“Do you have some kind of health issue?” the reporter asked. “Everyone’s been talking about your hands.”

McConnell attempted to deflect the question with a joke, but the reporter persisted.

“Is there anything going on we should know about?” he asked.

“Of course not,” McConnell said.

His hands still appeared to be discoloured in C-SPAN footage from the Senate on Thursday. 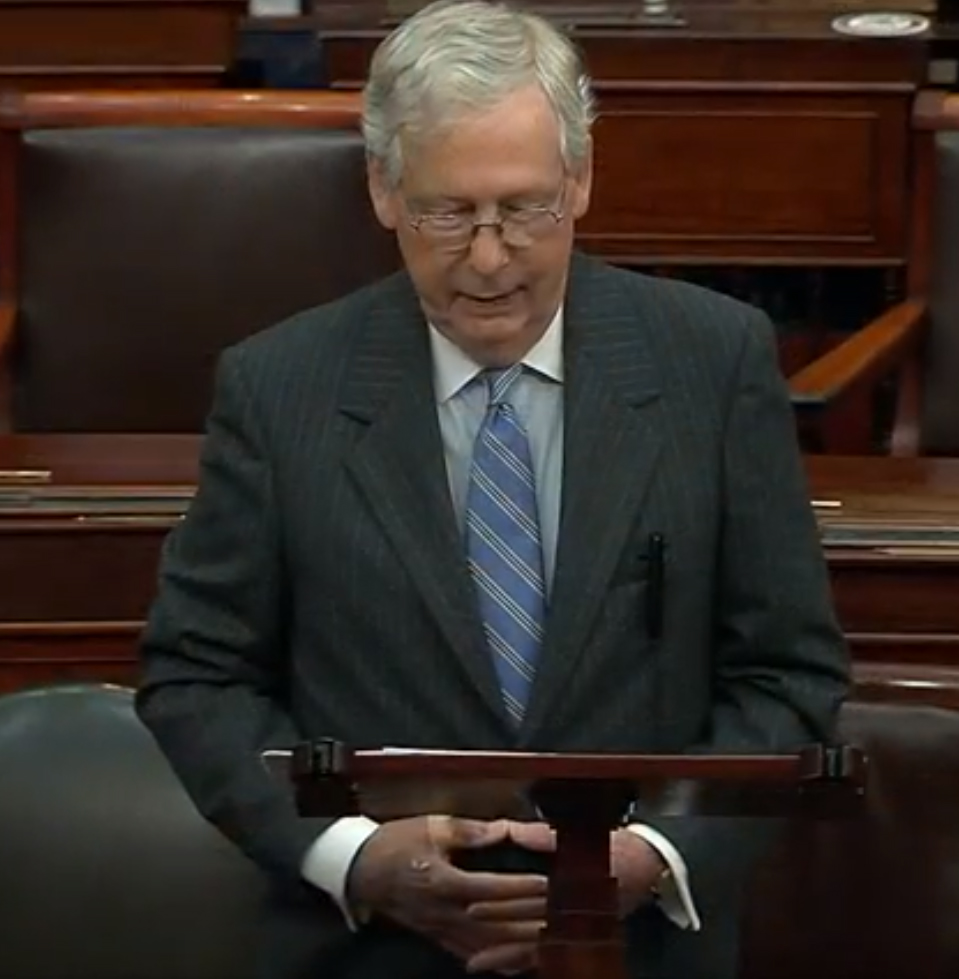 McConnell fractured his shoulder in a fall at his home last year, and underwent triple bypass heart surgery in 2003.

McConnell has been ushering Amy Coney Barrett through the Supreme Court nomination process ahead of the U.S. presidential election on Nov. 3.

The Republican from Kentucky is also up for re-election next month.

McConnell, who turns 79 in February, is one of several elderly powerbrokers on Capitol Hill. House Majority Leader Nancy Pelosi, a Democrat, is 80 years old, while U.S. President Donald Trump is 74.

Democratic presidential candidate Joe Biden will turn 78 a few weeks after the election in November.

America will swear in its oldest-ever president on Inauguration Day, Jan. 20, 2021, regardless of who wins the election.

— With files from The Associated Press