The lobby of the upscale hotel in central Minsk was crawling with security.

Along balconies lining the atrium, burly types in face masks and the obligatory earpiece stood watching over the men in suits below.

One waited at an open hotel room door. His soft white gloves looked more the type to clean off fingerprints than to protect against COVID-19.

Sergey Naryshkin, the head of Russia’s foreign intelligence service, or SVR, was in town, unannounced.

He was sitting down with the Belarusian president Alexander Lukashenko in the Palace of Independence just down the road but the boards of each country’s special services were meeting too. 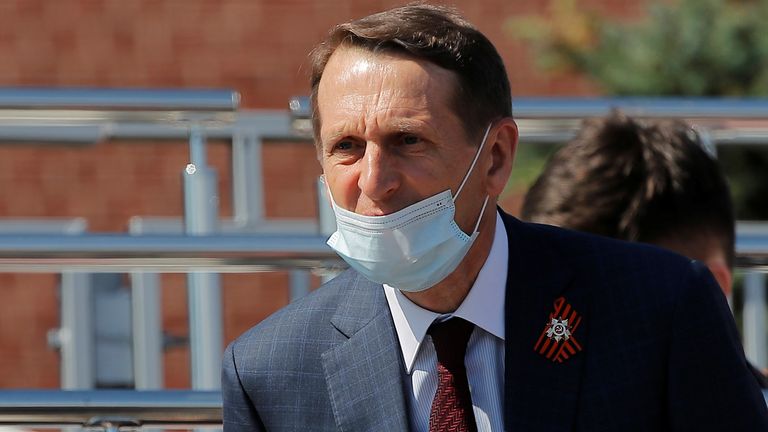 There to strengthen their already “broad interaction”, according to the Kremlin press secretary, but “not connected to the events in Belarus in any way”.

Russia has long pushed for greater integration between the two countries, under the auspices of a 1999 treaty on creating a union state.

Long reluctant to play ball in a bid to preserve sovereignty, now an embattled Mr Lukashenko seems to be taking all the help he can get.

Not far away in Minsk’s Independence Square, volunteers handed out tea, home-baked cinnamon rolls and stickers to mark the wearer as disabled.

This was the second week in a row that protesters with disabilities were taking to the streets to demand their president resign. One man in a wheelchair held up a sign.

“Just following orders didn’t help the Nazis at Nuremberg,” it read. Two masked policemen filmed from a distance but did not get involved.

“Maybe Naryshkin came here to discuss a possible candidate who Putin has in mind,” 48-year-old Oleg says. “In any case, the Russians are here to advise Lukashenko on how to stop people coming out.”

The small procession headed slowly down Independence Avenue, wheelchairs at the front, and past the headquarters of the KGB. 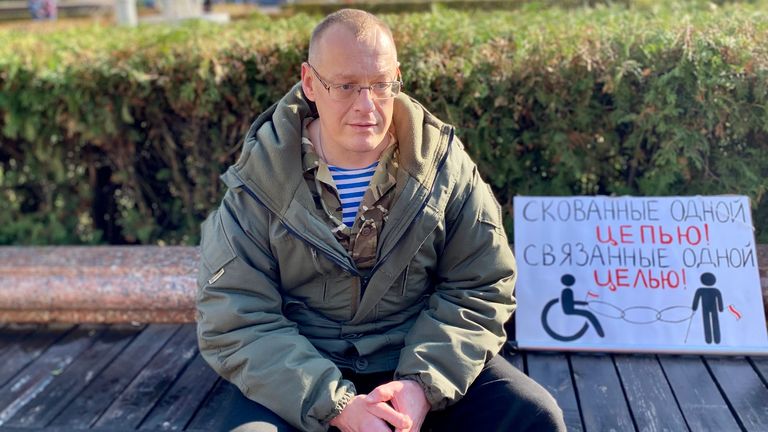 Belarus still calls its intelligence service by its Soviet name, one small indicator of how stuck in the past the Lukashenko regime still is.

“Tribunal!”, the protesters shouted in reference to their president. “Put him in the police van!” Passing cars honked their horns in support and pedestrians filmed and cheered them on, flashing the victory sign.

This was a small, midweek rally and passed without mishap. Protests this weekend are unlikely to be as peaceful.

Tens if not hundreds of thousands are expected to turn out on Sunday, as they have done every Sunday since contested elections almost three months ago when President Lukashenko claimed a victory hardly anyone believes was credible. 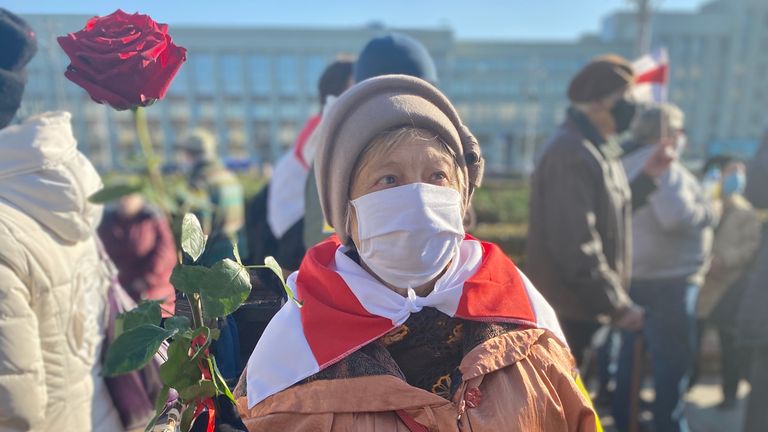 In the last couple of weeks, the authorities have ramped up their response, tear gassing grannies and threatening the use of live ammunition. At every rally, hundreds are detained.

“I’m not scared,” said 81-year old-Nina, clutching a rose. “I go to every rally. I go to the policemen and say ‘shoot me, kill me, but don’t touch the young people’.” She doesn’t think the authorities will open fire. “We have such peaceful citizens. No one is angry or aggressive. Everyone just wants to live peacefully, get good salaries.”

This weekend too, the opposition is upping the ante. From exile in Lithuania, Svetlana Tikhanovskaya, who ran against Mr Lukashenko in the elections, has called for a general strike as of Monday unless the president concedes to the protesters’ demands. 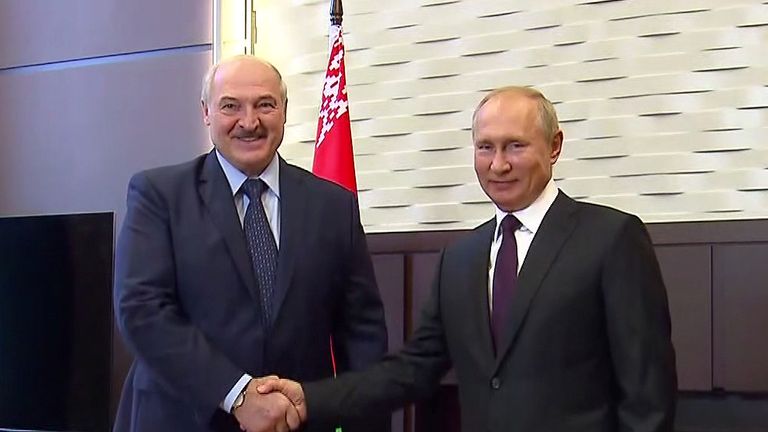 They remain what they always were – President Lukashenko step down, early elections, the release of all political prisoners.

As the small crowd – many of them pensioners – makes its way gingerly across a zebra crossing, another elderly lady sneers at them. “Funeral procession,” she spits. “They’re bringing our country down.” It’s rare to find Lukashenko supporters these days but she’s one of them and has absorbed the lessons from state TV wholesale. “There’s a special book on colour revolutions they’re using. People had knives and Molotov cocktails and they were ready from the start,” she says.

“I saw the videos. We want to decide for ourselves what to do. Now everyone wants a piece of Belarus.”

On that, most Belarusians would agree with her. This protest movement has never been about taking sides between Russia and the West.

It is about getting rid of Mr Lukashenko and a regime which has shown its true colours these past three months, detaining thousands, torturing hundreds, making a mockery of due process. 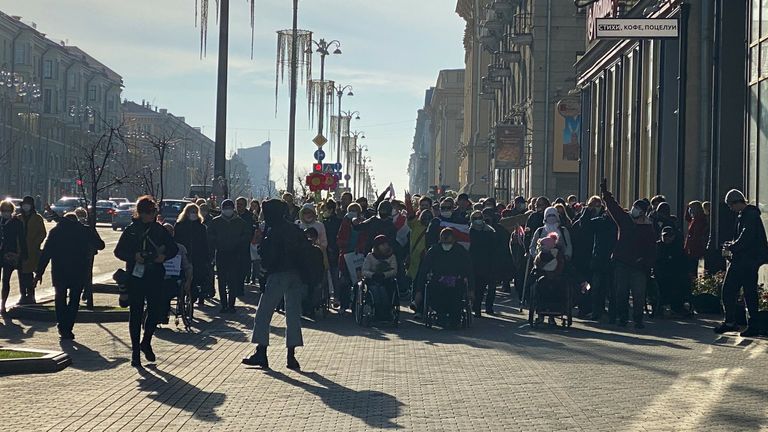 In the process, many have fled the country, especially the young and mobile. Around 10,000 to Poland and 3,000 to Ukraine, according to the independent Belarusian news portal Tut.by. That’s despite the complications posed by COVID-19.

The upmarket bar at the Bistro de Luxe is quiet, its sumptuous decor befitting Minsk’s hipsters but not a customer in sight. “All our clients have either fled or they’re in prison,” the maitre d says sadly.