Britain has imposed travel bans and asset freezes on a Russian unit over a cyber attack on Germany’s parliament.

The sanctions, part of European Union action, will be enforced on two Russian GRU officers and a hacking unit – judged to be part of the GRU – known as APT28 or Fancy Bear.

Germany has found Russia responsible for the 2015 hack of its parliament, the Bundestag, which was said to have caused the theft of more than 16 gigabytes of data, including MPs’ confidential emails.

The Foreign Office announced the sanctions would come into force immediately

“The UK stands shoulder to shoulder with Germany and our European partners to hold Russia to account for cyber attacks designed to undermine Western democracies,” said Foreign Secretary Dominic Raab.

“This criminal behaviour brings the Russian government into further disrepute.”

Britain is continuing to coordinate with the EU’s sanctions regime during the Brexit transition period, after which the UK will have its own regime.

UK security chiefs have previously judged APT28 to be part of the GRU, the Russian military intelligence services. 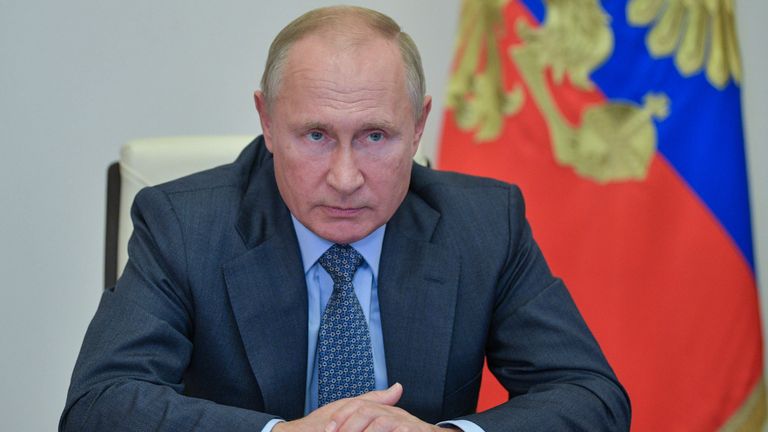 The action against the unit over the Bundestag attack came as Russian President Vladimir Putin claimed Germany and China are now heading for superpower status while the influence of America, along with that of Britain and France, wanes.

Addressing a meeting of the Valdai Discussion Club via video link, Mr Putin was reported to have said the era when the US and Russia decided the world’s most important questions was in the past.

If the US was not prepared to discuss global problems with Moscow, Russia stood ready to have that discussion with other nations, the Russian president was said to have added.