No one is happy in this strange and awful time. But there is a particular circle of unhappiness reserved for people still reeling from unexpected loss in 2016. 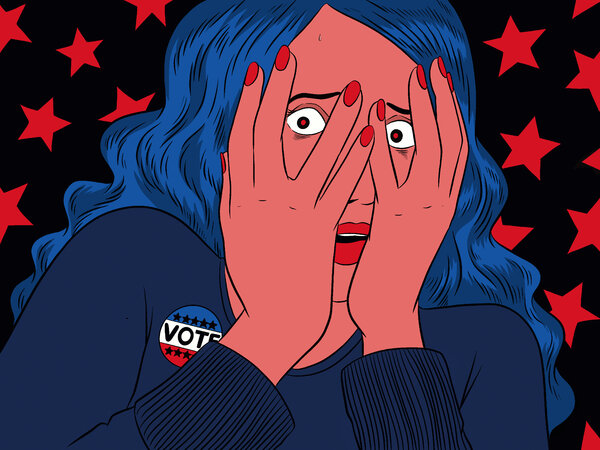 For many Democrats, election night in 2016 unfolded with the sickening trajectory of a horror movie in which the teenage protagonists break out the beer and party on, unaware that the serial killer they thought they had vanquished is looming outside the window.

The watch parties, the pantsuits, the balloons, the blue-tinted cocktails, the giddiness, the sense of history, the electoral projections showing that Hillary Clinton would surely defeat Donald J. Trump — to Democrats, these now look like quaint snapshots from some credulous prelapsarian world. And now, with the next presidential election approaching and Joseph R. Biden Jr. well ahead of President Trump in the polls, the traumatized, anxious Democratic voters of 2020 are not making the same mistake again.

“I’m assuming in my mind that Trump wins, because I can’t deal with being let down like that again,” said Helen Rosenthal, a Democrat who represents the Upper West Side on the New York City Council. “Secretly, in a little corner in the back of my mind, I’m wishing and hoping that Biden wins. But most of my brain is saying, ‘OK, Trump wins and New York is not getting a fiscal bailout and we’re going to lose more ground on the environment, we’re going to lose on Roe v. Wade, we’re going to lose on health care.’”

“I’m already depressed about it, if that helps,” she added.

It’s hard to overstate the degree of anxiety in America right now, as the country confronts a Hydra of troubles: the pandemic, the economy, the fires, the protests, the violent plots against public officials, the assault on voting rights, the state-sponsored disinformation, the sense that democracy itself is on the ballot.

A recent study by the American Psychological Association found that 68 percent of American adults said that the 2020 election was a “significant source of stress” in their lives. (Among Democrats, the figure was 76 percent; it was 67 percent for Republicans and 64 percent for Independents.) Across the board, 77 percent of Americans said they were stressed about the future of the country.

“This is the most stressed electorate that I can recall,” said Lee M. Miringoff, director of the Marist College Institute for Public Opinion, who has been conducting polls for more than 40 years. He mentioned delays in the U.S. Postal Service. He sounded a little stressed himself.

“There’s a lot going on that’s new and disturbing,” he said. “You start each day not knowing where you’re going to end the day. It’s very bumpy and you’re riding along the highway and you have pothole after pothole. The news cycle is probably under 30 minutes right now.” 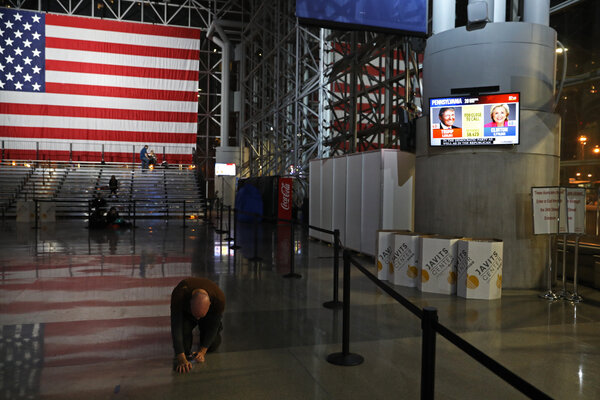 No one is happy in this strange and awful time. But there is a particular circle of unhappiness reserved for Democrats.

“What we’re seeing among Democrats is the sense that ‘we were in this position four years ago, so we’re not getting our hopes up,’” said Patrick Murray, director of the Monmouth University Polling Institute. “Republicans are consistently more confident that the election is going to go the way they want.”