The Met Office has issued a yellow rain warning for much of the south of the UK tomorrow as heavy rain is expected to lead to surface flooding and some disruption to travel. Storm Barbara, named by the Spanish national forecaster, will bring strong winds and heavy rain to parts of Portugal and Spain today – and is now making its way across to parts of the UK too.

Britain’s national forecaster says the warning is in place from 3am on Wednesday until 2pm tomorrow afternoon.

The warning says: “Heavy rain will move north during the early hours of the morning and persist through the peak morning travel period, before clearing northeastward.

“10 to 15 mm of rain will fall widely, with as much as 30 to 50 mm in a few locations. With much of this falling in a short period, around 3 to 6 hours, some surface-water flooding is likely in places, leading to disruption to travel.

“The rain may be accompanied by gales across parts of southeast England, perhaps most likely towards the Kent and Sussex coasts.” 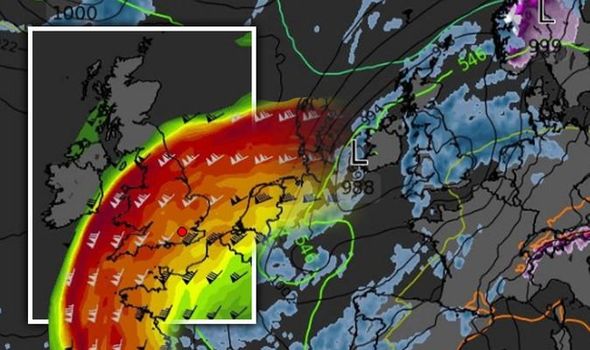 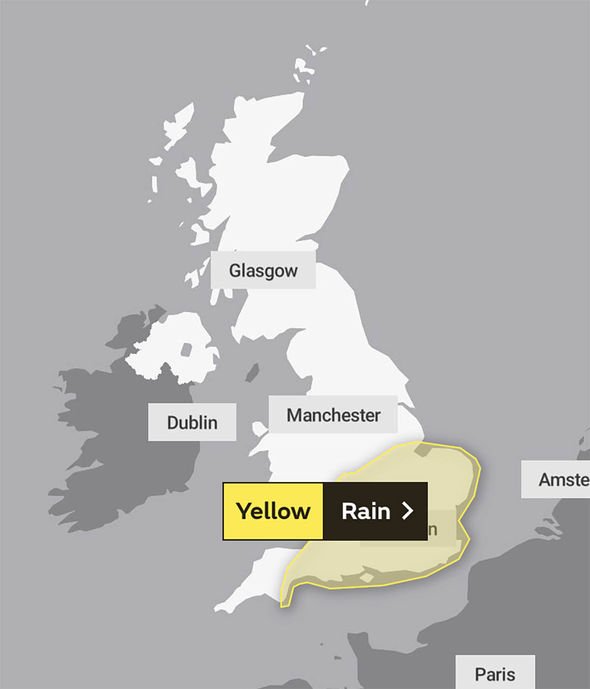 You can find a full list of the areas affected by this weather warning at the bottom of this article.

Storm Barbara is currently hovering over Spain and Portugal where it is expected to whip up winds of up to 70mph.

The path of the storm is still uncertain, but the Met Office warns it will be tracking the system careful.

The forecaster said: “Across the UK Storm Barbara will probably not cause major impacts, but will bring some rain, which could be heavy, to the south east and possibly central England on Wednesday.

“However, the development of this storm system is still relatively uncertain and therefore, although not currently expected, there is still the potential for severe gales to affect the extreme south-east of England during this period. Therefore, we are carefully monitoring the storm’s development.” 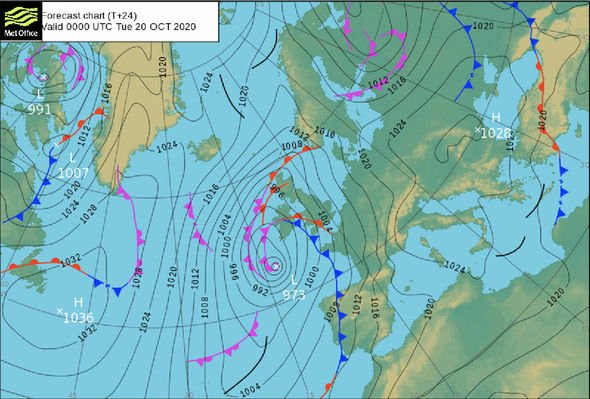 The storm will add to the low pressure and heavy rain currently being seen in Scotland and Northern Ireland.

Barbara is expected to bring heavy rain and strong winds, though this is likely to be contained to the south of England.

The system may also see a slight upturn in temperatures. The recent chilly conditions could be replaced with highs of 18C by the middle of the week as the storm arrives on British shores.

Met Office Chief Meteorologist, Frank Saunders, said; “Tomorrow (Tuesday) a low-pressure system, sperate to Storm Barbara, will cross Ireland and Northern Ireland bringing gale or even severe gale force winds to some exposed parts of the west and South West of the UK.

“As we look ahead to the rest of the week, we are expecting rain or showers for many areas on Wednesday, possibly heavy and blustery in the South East. It will be quieter on Thursday but more unsettled from Friday, with spells of wet and windy weather moving in from the west.” 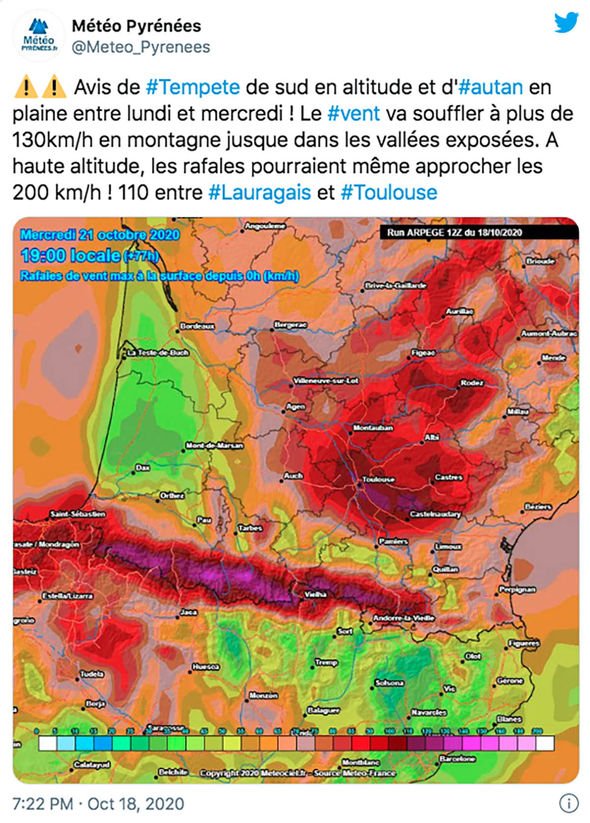