The SNP’s Westminster leader was quizzed by Mr Robinson regarding Nicola Sturgeon’s previous target of achieving “COVID zero” in Scotland. Mr Blackford stated that returning students to schools and universities earlier than the other UK nations could be one of the explanations for the high R-number in Scotland.

Mr Robinson said: “Scotland’s R-number is actually higher at the moment than it is in England according to the estimates.

“It is not that long ago since the First Minister was talking about a zero COVID strategy, of eliminating the virus.

“What have you learnt from the fact that has proved entirely impossible to deliver and that your case rates are not much different in the central belt as they are in the north-west of England?”

Mr Blackford replied: “I think there is legitimate concern about the increase of the R-number over the last few weeks. 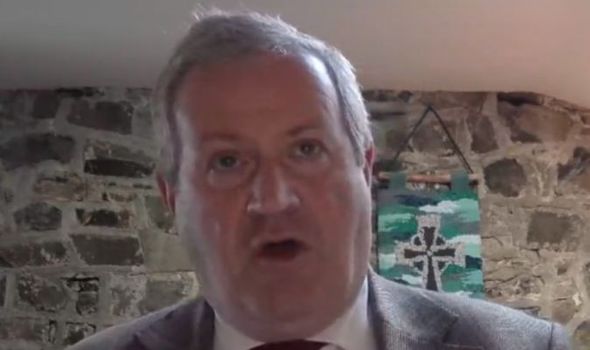 “There are some explanations for why that could have happened here, not least the fact people returned to school and universities a little bit longer than was the case elsewhere.”