Dozens of Trump fans congregated on Manhattan’s Fifth Avenue on Wednesday afternoon for the event which had been organised on Facebook. Chanting ‘whose streets? Our streets!’ they draped a 75ft by 50ft flag reading ‘Trump: Law and Order’ over the mural.

The president described the new mural as a “symbol of hate”.

They later marched through Manhattan with the flag to Times Square.

Eric Trump, son of the President, praised the demonstrators on Twitter. 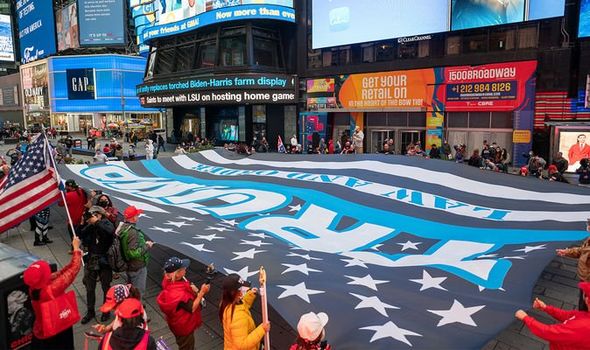 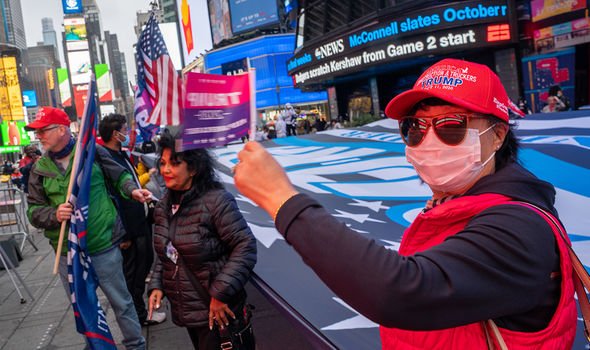 He posted: “We love all of you so much!

“If I was there today (I’m campaigning in Michigan and Minnesota) I would come down and give you all a big hug!

“Trump you for the support of President Donald Trump.

“Happening RIGHT NOW in NYC in front of Trump Tower!” 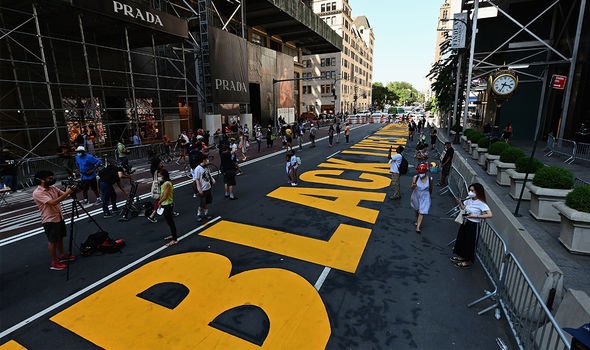 Many of the demonstrators wore pro-Trump red hats emblazoned with the slogan ‘Make America Great Again’.

However, despite the coronavirus epidemic, many chose not to wear masks.

Speaking to Mail Online one attendee Tina Forte, insisted the protest was “’not to be ridiculed for loving our country and loving our president because we are not the party of division, we’re the heart of America”.

Donald Trump election victory is BEST for UK says Piers Morgan [SHOCK]
US election 2020: How many people have voted so far? [REVEAL]
Who is Barron Trump? Donald and Melania Trump’s son positive for COVID [SHOCK] 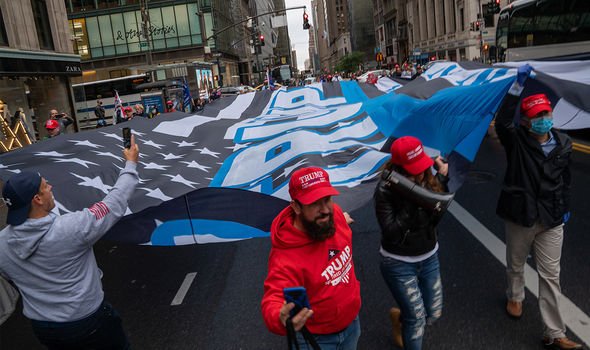 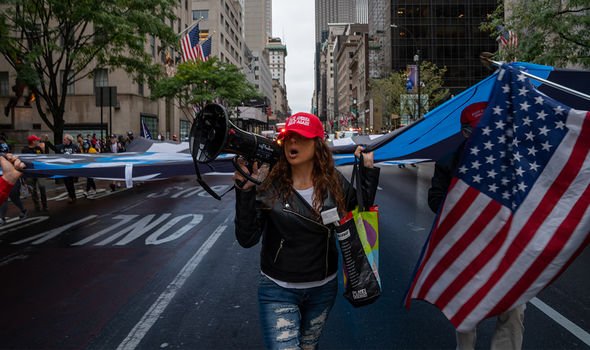 This sentiment was backed by another Trump supporter Mariano Labsaoy from Puerto Pico.

Referring to Mr Trump he said: “He has made America the best country on the face of the Earth.”

According to the latest Opinium/Guardian poll he is currently leading the president by 17 percent.

Separately a CNN poll put Mr Biden ahead by 16 percent.

On Twitter Mr Biden commented: “The election is already underway.

“Millions of Americans are voting. 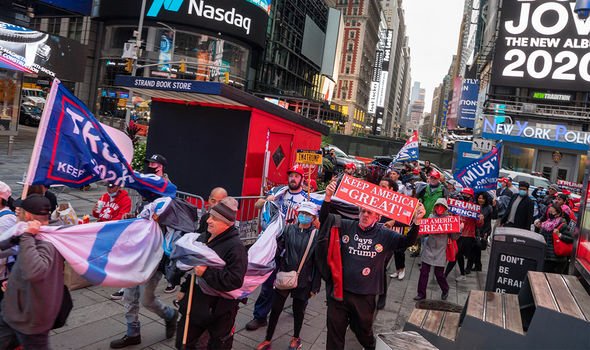 “And they deserve to have their voices heard when it comes to who serves on the US Supreme Court.”

Due to the coronavirus pandemic a record number of Americans are expected to vote by postal ballot.

President Trump has alleged, without providing evidence, that this process is being used to commit fraud against him.