A Northern Irish man has been sentenced to life in prison for the capital murder of Detective Garda Adrian Donohoe in Ireland.

Aaron Brady, 29, was found guilty in August of murdering Mr Donohoe during the robbery of Lordship Credit Union in Bellurgan, Co Louth, in January 2013.

The police officer, 41, had been on duty when he was killed by a shotgun blast. 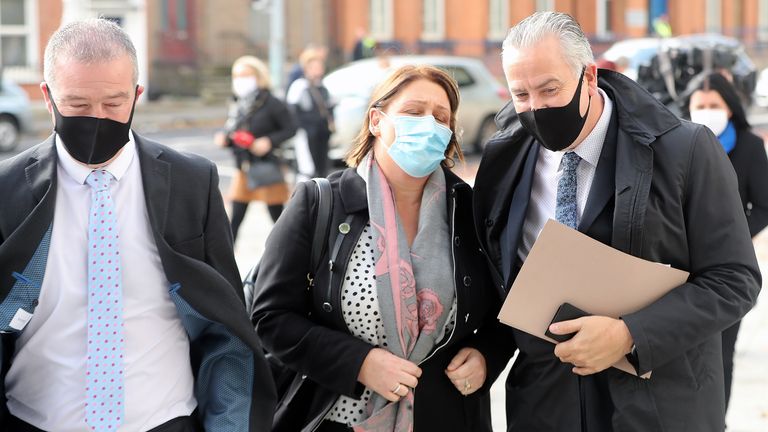 He had fled to the US via Belfast months after the murder, triggering a lengthy investigation involving both the Police Service of Northern Ireland and the Department of Homeland Security in the US.

Four other gang members allegedly involved in the robbery have not yet been brought to justice.

In a victim impact statement read out to the court, Mr Donohoe’s widow Caroline said there were “absolutely no words” to express how her family’s lives had been affected by the murder.

“I will never recover fully from what I had to see at Lordship. My heart breaks every time I pass there and sometime I can’t get images out of my mind for hours,” she said.

Mrs Donohoe said no one would ever replace her husband, adding: “Amy and Niall have missed having their daddy at their communions, confirmations and all the firsts in their young lives. 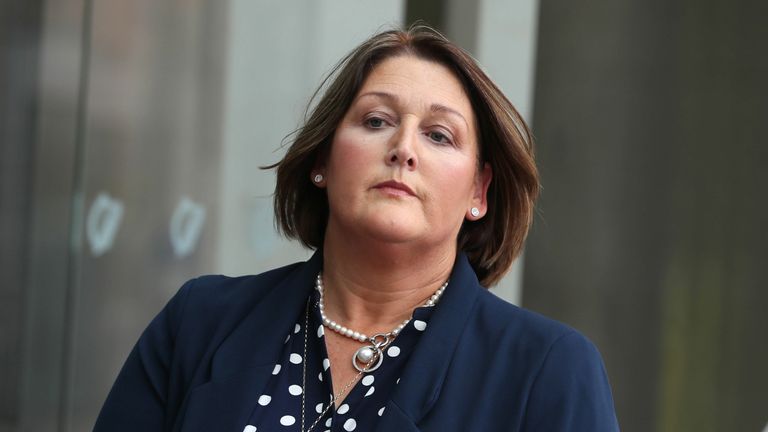 “We had a loving, happy family, everything was just perfect, but in just 58 senseless seconds everything changed forever.”

Mr Donohoe was the eldest of six children and his sister Mary also read out a statement on behalf of her siblings.

“He was large in stature and large in personality,” she said, adding that his “enthusiasm for life was infectious”.

She said the family were left “distraught” by his murder and all they had left of him now were photos.

“I don’t think Aaron Brady will ever comprehend what he’s done to our family,” she told the court.