Richard Christiansen has reimagined Flamingo Estate — his sprawling home and a cultural hub in Los Angeles’ Eagle Rock neighborhood — as a retail experience at Platform, the outdoor retail and dining complex in Culver City, Calif. The harvest shop, as Christiansen refers to it, offers food and products made from the property’s own garden. It will be open until Dec. 31.

“It was all made from dirt,” Christiansen said of the pièce de résistance at the pop-up, a centerpiece made by L.A. designers and artists Dutra Brown and Alex Reed that showcases a selection of the goods available. The duo are friends of his, as is the creator of the shop’s vibrant indoor mural, artist Abel Macias. “The fact that we made it from dirt and will take it back to the dirt, to the Earth afterwards, is great. You can’t get much more natural than a store built from dirt,” said Christiansen.

Fishbein struck up a friendship with Christiansen after visiting Flamingo Estate.

“I went to a few events and dinners there, and it was just the most transformative space that I had ever been to,” continued Fishbein. “It was just such an incredibly special, unique property, but also the attention to detail and love that went into every element of creating the property was amazing. You could discover new things every time you were there.”

Built in the Forties and sitting on seven acres, Christiansen bought the once run-down space (said to have been an erotic film studio, pirate radio station and artist commune at various times in the past) in 2013, then renovated it with the help of architects Karl Fournier and Olivier Marty of Paris-based Studio KO. The interior is filled with art, paintings by the likes of David Hockney and Andy Warhol, while the grounds include a pool, fountain, a separate structure with high ceilings and a concrete bathtub known as the “bathing cathedral,” as well as an about 70-step brick staircase that leads down to a beehive and hippie-approved shed. The entirety was inspired by Yves Saint Laurent and Pierre Bergé’s Majorelle Garden in Marrakech, Morocco.

A look at the Flamingo Estate at Eagle Rock in Los Angeles. Courtesy

“We obviously love having people at our table and love having people there,” Christiansen said of the estate. “Until the doors open up again, the harvest shop is a nice way to have people experience some of that spirit without actually coming to the garden.”

Online at flamingoestate.la, he’s been offering boxes filled with organic vegetables starting at $25, as well as eggs, fruits, mushrooms, pumpkins, squash, focaccia, rustic loaves, dark chocolate, honey, herbs, nuts, extra virgin olive oil, flowers and more. Everything available, priced between $12 and $55, is either sourced from the Flamingo Estate garden or regional farms, who typically service restaurants or hotels and found themselves with a surplus of produce during the pandemic as businesses shut down.

“Everyone said it would be crazy to do a physical store in the middle of COVID-19,” said Christiansen. “But we had such a huge demand for products outside fresh produce.”

Those products, available at the pop-up along with a selection of foods like chocolate and honey, are candles and body-care items, hand sanitizer, hand soap, shampoo, conditioner, body wash, facial mists and tinctures made entirely from his garden with natural ingredients like eucalyptus, sage and rosemary. A tree will be planted for every product sold, said Christiansen.

“It’s about pleasure, self-pleasure,” he added. “They’re gifts to yourself or to other people that are really designed to bring your mood up and bring your sense of pleasure to the surface.” 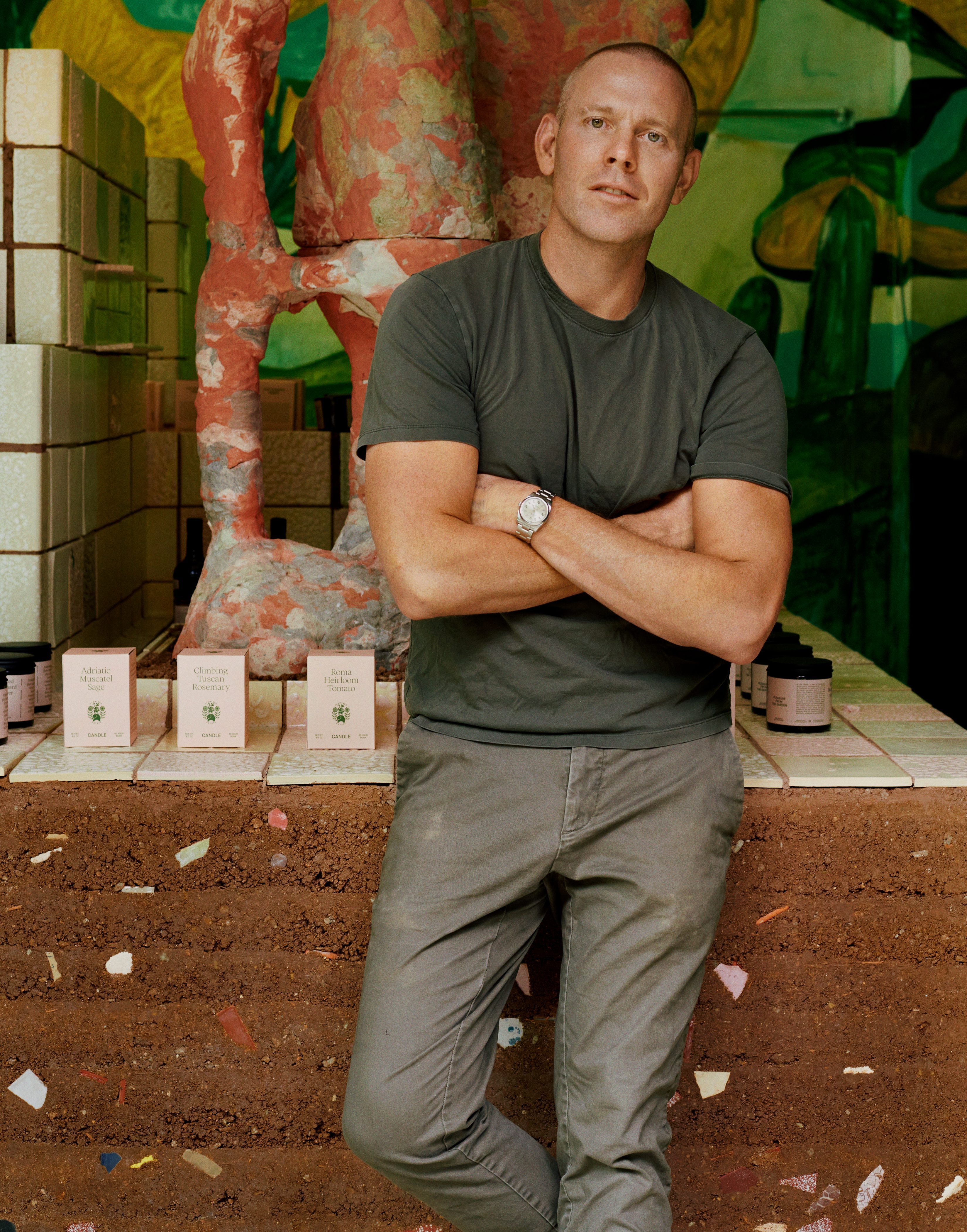 “We are really determined to spread out visibility as a brand, but also to open up our arms to a lot of other growers in wellness who share our values and want to collaborate in the same way,” he said of the pop-up. “To me, Flamingo Estate is my home, but it’s really become an umbrella for a lot of other people who are growing things and making things…There really isn’t a brand that’s done a really great edited, curated selection of the best people making things and bringing them together. That’s what we’re going to do. That’s the plan.” 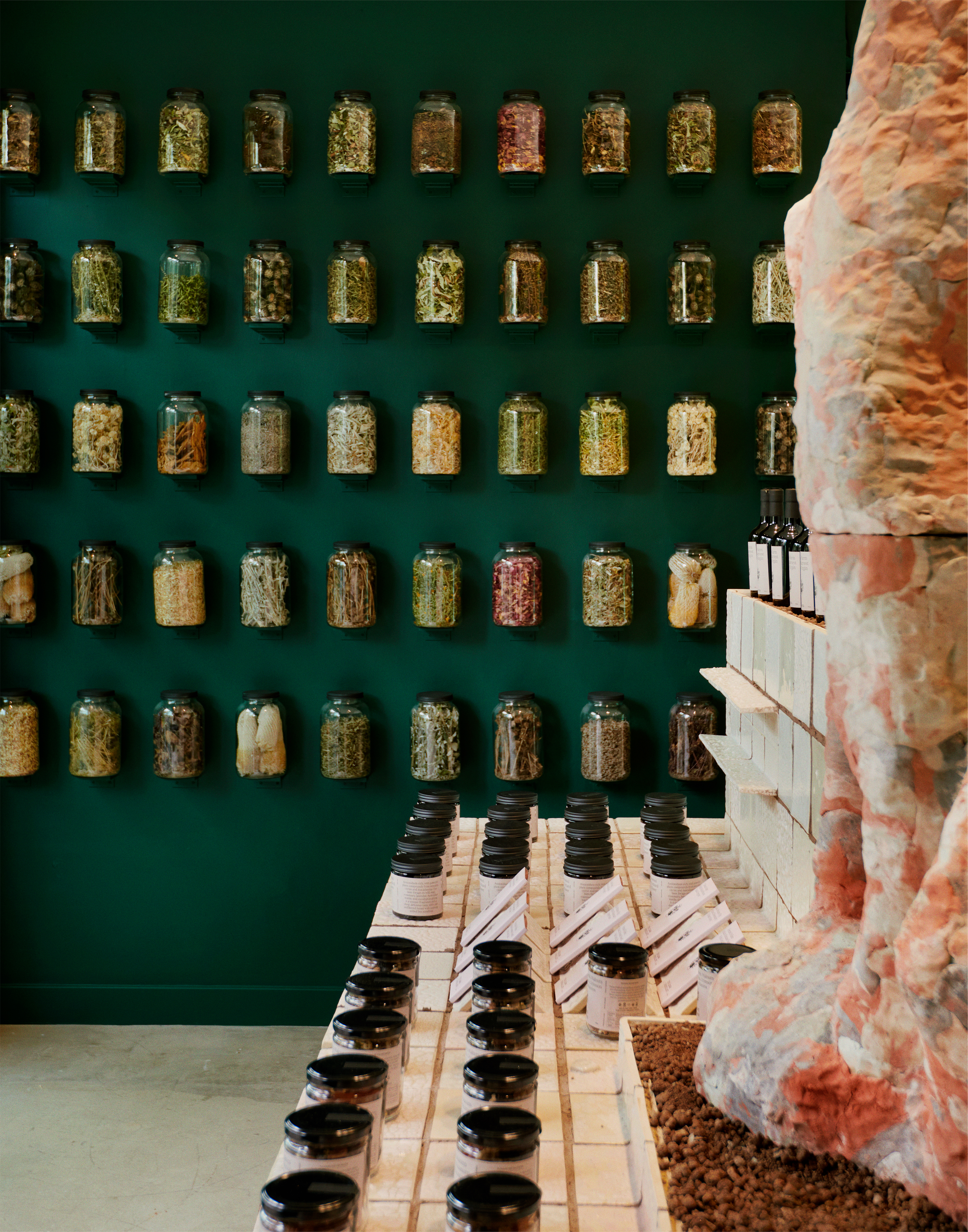 The pop-up’s centerpiece was created by L.A. designers and artists Dutra Brown and Alex Reed, while the mural was made by artist Abel Macias. Courtesy/Christian Hogstedt

Fishbein said the dining and shopping destination was “doing as well as one can expect right now…Overall, Platform has been quite resilient, just a lot of it doing with it being outdoors and having a lot of smaller, interesting businesses that people still want to frequent and support.”

The space will soon be expanding, he added. The new addition is 70,000 square feet total with 60,000 square feet of it being leased to gaming company Scopely. The ground floor, about 6,500 square feet, will be home to two new establishments, “a lifestyle store and new restaurant concept” opening in spring 2021, he said. While hosting a rotation of pop-ups, Platform also leases to more permanent businesses like Reformation and popular eateries like Roberta’s and Margot.

Christiansen hopes his offerings, which he plans to provide nationwide next year, “remind people of the pleasure of the human right…I’m super excited to expand that journey and keep that going, to stock up the kitchen cupboard and table with some pleasures from the garden.” 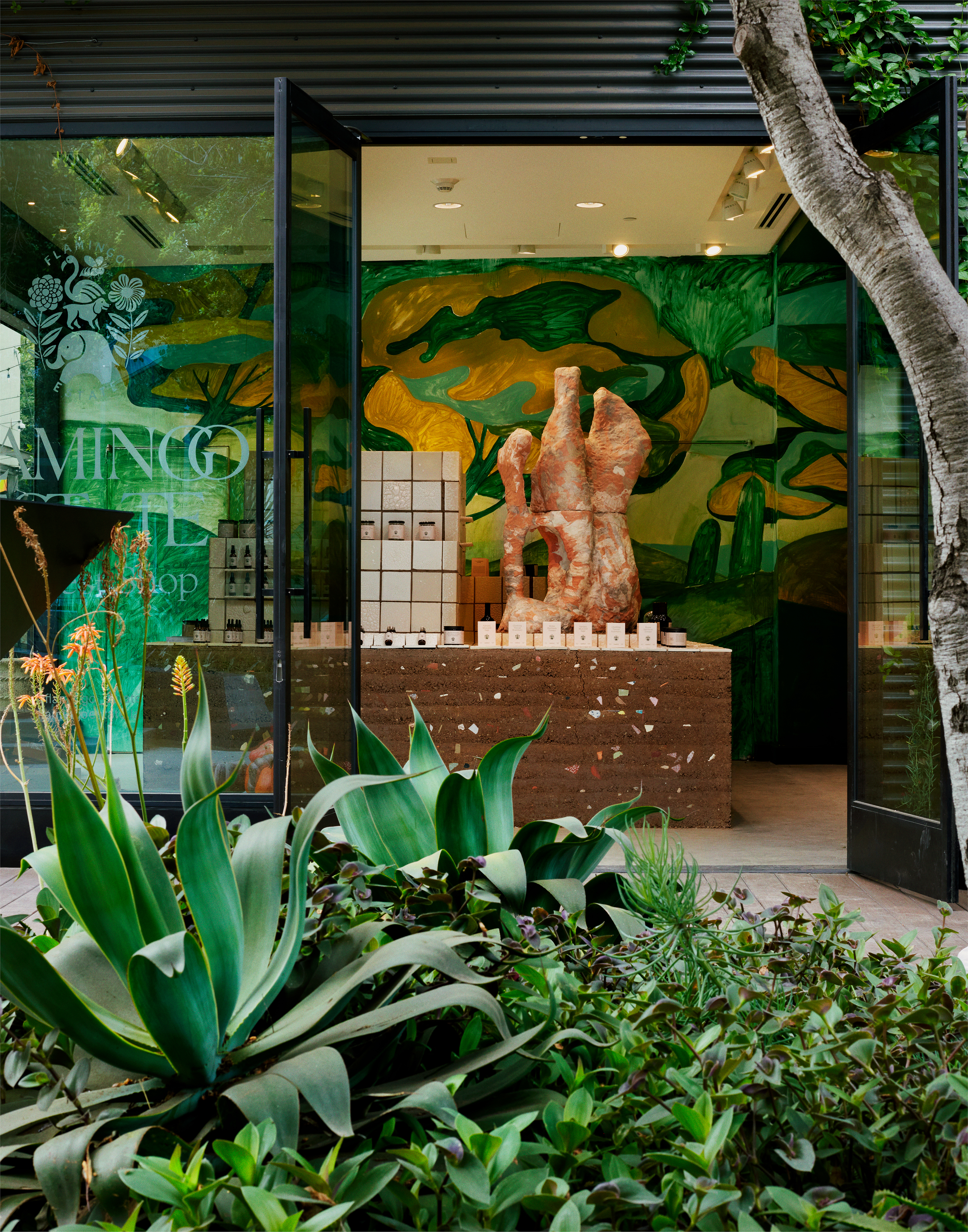