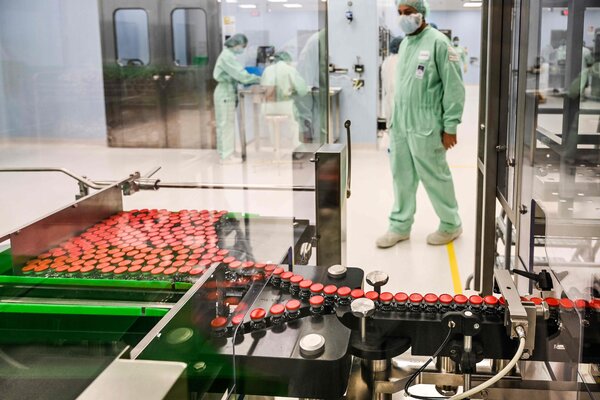 The United States may be within months of a profound turning point in the country’s fight against the coronavirus: the first working vaccine.

Demonstrating that a new vaccine is safe and effective in less than a year would shatter the record for speed, the result of seven-day workweeks for scientists and billions of dollars of investment by the government.

The path has not been without bumps. Johnson & Johnson announced Monday night that it was halting its Phase 3 trial after a volunteer got sick. And AstraZeneca also paused its trial, last month, after two participants became ill.

Still, it’s tempting to look at the first vaccine as President Trump does: an on-off switch that will bring back life as we know it. “As soon as it’s given the go-ahead, we will get it out, defeat the virus,” he said at a September news conference.

Instead, vaccine experts say, we should prepare for a perplexing, frustrating year.

The first vaccines may provide only moderate protection, low enough to make it prudent to keep wearing a mask. By next spring or summer, there may be several of these so-so vaccines.

Because of this array of options, makers of a superior vaccine in early stages of development may struggle to finish clinical testing. And some vaccines may be abruptly withdrawn from the market because they turn out not to be safe.

“It has not yet dawned on hardly anybody the amount of complexity and chaos and confusion that will happen in a few short months,” said Dr. Gregory Poland, the director of the Vaccine Research Group at the Mayo Clinic.