Brunch, a major part of homecoming at historically Black colleges and universities, is still on for this year, even if it has to be virtual. 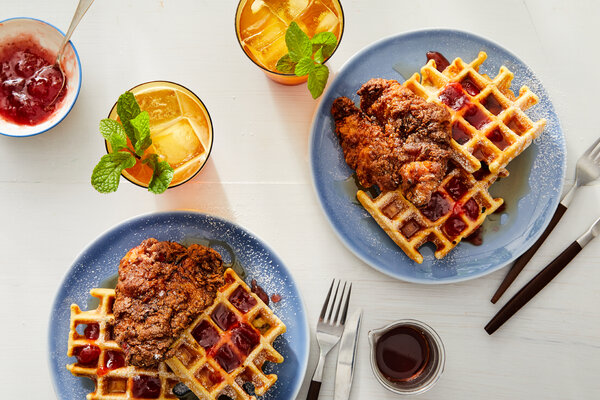 Matriculation at historically Black colleges and universities is more than late-night study sessions: It’s a balancing act between academics and discovering merriment, and learning how to be. It’s routine to walk the same grassy quadrant as ancestors who believed education was a weapon, while making plans to let off steam.

At homecoming, the uniqueness of the Black college experience is on full display for everyone to take in.

“Homecoming is a lifestyle,” said Michiel Perry, the creator of Black Southern Belle, a website focused on Black American women in the South, and a graduate of Howard University. (Ms. Perry’s site has featured one tailgater at the Magic City Classic — the nation’s largest H.B.C.U. game, between Alabama A&M and Alabama State — smoking a bacon-wrapped alligator clenching a whole pineapple in its mouth.) 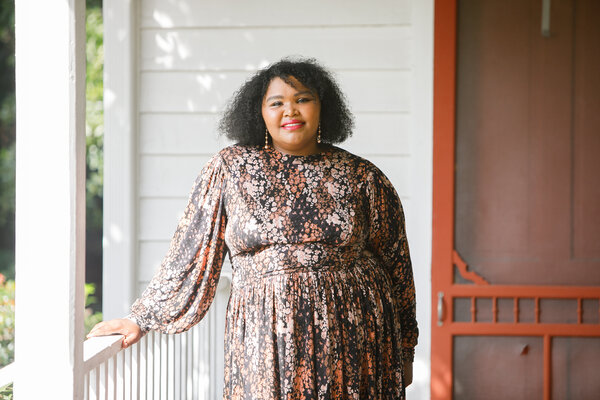 Food and fellowship have long been the main attractions at H.B.C.U. homecomings, many of which are held in October and November. At the nation’s about 100 H.B.C.U.s, ordinary and extraordinary people have long raised a glass and broken bread to honor their alma maters, on campus (affectionately referred to as “on the yard”) or hundreds of miles away.

This year, many homecoming festivities have been canceled because of the Covid-19 pandemic. But the energy of game day never dissipates. Memories of tailgating sustain many graduates of H.B.C.U.s, and brunch, which has become the new cornerstone of homecoming celebrations, will be a virtual affair for 2020.

The University of Mississippi’s tree-lined tailgating area — where one will find monogrammed beer koozies, pimento cheese tubs and elaborate table centerpieces — and luxury tailgating facilities with five-figure price tags, like Tailgate Station near the University of Georgia in Athens, are radically different from the H.B.C.U. pregame parties in the Deep South.

On autumn Saturdays in Orangeburg, S.C., home to Claflin and South Carolina State University, families serve Gullah and Lowcountry staples, while R&B classics like “Before I Let Go” provide the beat. “You’ll see crab boils, rice purloo, sometimes you might see an okra soup,” said Ms. Perry, who lives outside of Charleston, S.C.

For students, homecoming is rooting for the brass section during the halftime Battle of the Bands show and partaking in their first bourbon sips.

“Brown liquor lingered in the air,” said Shameeka Ayers, a health care finance manager and entrepreneur in Atlanta who attended Florida A&M in the mid-1990s. “It was the musk of my Florida A&M University homecomings.” She remembers traditional fish fries happening between parked R.V.s from Georgia and Florida. It was easy to find Caribbean-influenced smoked chicken near Bragg Memorial Stadium.

It’s the people who separate a low-stakes brunch from a big-ticket commitment.

“We started Brunch and Bubbly eight years ago to celebrate Howard’s homecoming,” Ms. Dawson said. “As we have gotten older, we wanted something laid back that would allow us to get nourishment and have fun.” That first event had 75 attendees. Last year, Ms. Dawson and her business partner, Nikki Hendricks, hosted 600 people in a Washington, D.C., restaurant.

Throughout the country, coronavirus dining restrictions at restaurants have put a damper on snapping photos of eggs and steak, shrimp and grits, and chicken and waffles.

“The chicken has to be fried well, and the waffles have to be hot,” Ms. Dawson said.

Although many homecoming celebrations have been put on hold, the Black Lives Matter movement has made it clear that enlightened individuals have a charge to not only dwell in happiness but construct it.

Ms. Dawson and Ms. Hendricks are pressing forward with a much smaller social-distance brunch over Zoom, encouraging participants to order from Black-owned restaurants if they aren’t cooking at home. One Yard, iOne Digital's new website dedicated to H.B.C.U.s, is featuring a vegan chili cookalong with the actress Keshia Knight Pulliam (Spelman College, class of 2001). With all of the virtual homecoming events this season, the people are declaring it’s time to eat.

Midday bacchanals are a divine communion, and a necessary exhale connecting one to sacred places where Dr. W.E.B. Du Bois lectured and Julian Bond planned civil rights actions. But brunch can be a reminder of a self-affirming place — home.

“I’ve done fashion Sunday brunches, gospel brunches and ate at local diners,” said Ms. Perry, of Black Southern Belle. “The super-casual brunch — at the one person’s house that everyone goes to, where they cook it up — it is the most interesting.”