The agency prides itself on avoiding Washington partisanship. But the White House has successfully pushed the agency to revise guidelines on matters like school reopenings and church gatherings. 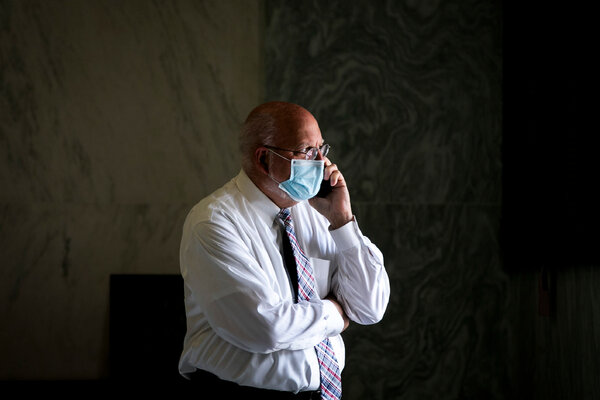 WASHINGTON — Pressure is mounting on the leaders of the Centers for Disease Control and Prevention — from inside and outside the agency — to speak publicly against the White House’s manhandling of C.D.C. research and public health decisions, with career scientists so demoralized they are talking of quitting if President Trump wins re-election.

The situation came to a boiling point this week when William H. Foege, a giant in public health who led the C.D.C. under Democratic and Republican presidents, called for its current director, Dr. Robert R. Redfield, to “stand up to a bully” — he meant Mr. Trump — even at the risk of being fired.

“Silence becomes complicity,” he said in an interview, after a private letter he wrote to Dr. Redfield leaked to the news media.

Dr. Redfield further infuriated public health experts by issuing a memo, released by the White House, that cleared Vice President Mike Pence to participate in the vice-presidential debate on Wednesday, even as the White House became a coronavirus hot spot. Nearly a dozen current and former C.D.C. officials — including six who still work there — called the letter highly inappropriate.

And Senator Patty Murray of Washington, the ranking Democrat on the Senate health committee, said she told Dr. Redfield in a private telephone conversation before he testified on Capitol Hill last month that he had to take a stand.

“What I said to him was that my concern was about the agency’s credibility today — and the agency’s credibility that we need as a country in the future,” Ms. Murray said in an interview. “This isn’t just about right now. If we lose all the really good scientists there, if people don’t believe the C.D.C. when they put out guidance, what happens in the next flu outbreak? What happens in the next public health crisis?” 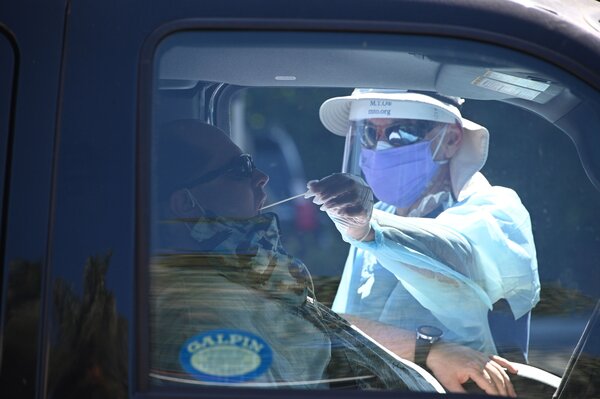 No federal health agency has been beaten up quite like the C.D.C., which is based in Atlanta and prides itself on avoiding Washington partisanship. The Food and Drug Administration did buckle to White House demands to grant emergency approvals for two unproven Covid-19 therapies, but more recently, the F.D.A. withstood enormous pressure — including from Mr. Trump — and issued tough new guidelines for emergency approval of a coronavirus vaccine that almost certainly pushes any vaccine release past the election.

The National Institutes of Health has remained above the political fray, and one of its top officials, Dr. Anthony S. Fauci, the director of the National Institute of Allergy and Infectious Diseases, has become a symbol of scientific defiance to Mr. Trump. On Friday, Dr. Fauci called the White House ceremony announcing Judge Amy Coney Barrett’s nomination to the Supreme Court a “superspreader event.”

But the C.D.C. leadership has proved far more malleable to the president’s will. The White House successfully pressured the agency to revise guidelines on matters like school reopenings, church gatherings and whether cruise ships can sail.