More than a thousand police officers have been deployed in Berlin to evict a left-wing housing project also known as the Liebig34 squat. Violence broke down during the planned eviction, with footage of the chaos posted on social media. In one video, protesters can be seen trying to punch the German police officers who are wearing riot gear. 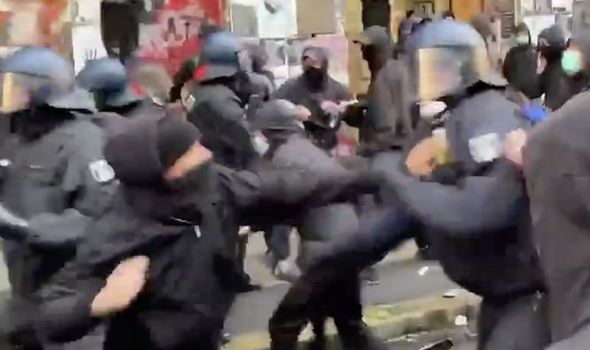 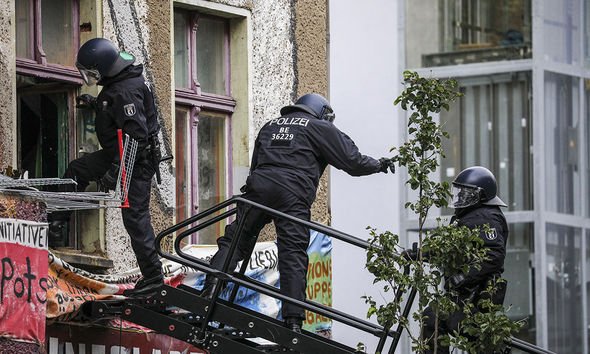 DW reporter Emmanuelle Chaze tweeted this morning that approximately 1,500 police officers are at the scene to evict just 40 people from the occupied building.

She went on to say that some arrests took place earlier as German police took control of the scene.

Furious protesters have voiced their anger in the German capital at the planned eviction of the queer-feminist Liebig34 squat.

Last month, on September 15th, it was announced that the people residing at the so-called Liebig34 anarchist-queer-feminist collective housing project would be evicted.

In response numerous left-wing groups have called for a series of demonstrations during and after the eviction.

JUST IN: Extinction Rebellion protest marches to finally be outlawed amid covid