Michel Barnier, the EU’s chief negotiator, warned European ambassadors at a meeting on Wednesday any discussions at the crunch European Council summit in Brussels next week of a compromise, particularly around fishing, would damage unity. Clément Beaune, the Europe minister for France, said: “Our fishermen will not be a bargaining chip for Brexit. They will not have to pay the price for Britain’s choices.” Mr Barnier will press home the point to European leaders that further concessions are needed from the UK and not fall into a trap set by Boris Johnson to turn the event into a negotiating deadline, according to a confidential note seen by The Times.

The EU only want to limit the summit conclusions to a simple statement “taking stock” of negotiations and noting that while progress is being made on a trade deal, they will not sign one at any cost.

By taking this approach, Mr Barnier is hoping to distract over the compromises he has already made in talks with UK counterpart David Frost, or is planning to make.

EU diplomats fear major setbacks in signing a deal if the discussions stray into the details of talks, which could risk a hostile reaction.

One diplomatic source said: “Boris keeps saying that a deal is ‘oven ready’ but Barnier will not want to come to leaders with any half-baked detail, especially on fish. 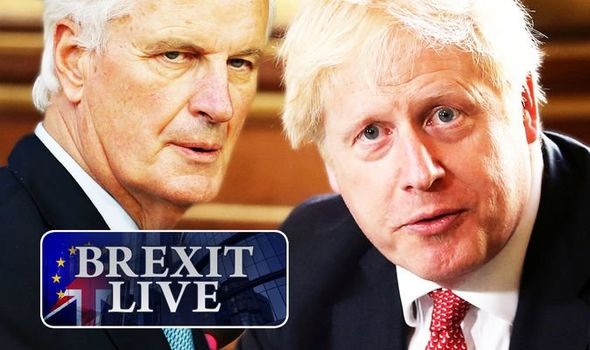 “That can be dangerous and unpredictable.”

The UK Government has accepted principles on state aid or subsidy control will be part of any Free Trade Agreement but is so far refusing to being bound too much to what the future enforcement regime will be.

Lord Frost is also standing firm over a demand from the EU that Britain adapts regulations in line with European legislation on the environment or food safety as it develops.

Conservative MP John Redwood tweeted: The UK should not surrender our fish or our law making powers.

“Leave the talks as promised if the EU still doesn’t agree a Free Trade Agreement.

“We trade well with the USA without an Agreement so FTAs are not essential.”