Theresa May has led a fierce onslaught by Tory ex-cabinet ministers against a housing shake-up proposed by Boris Johnson, which could lead to some building going ahead without planning permission.

Backed by her former cabinet allies Damian Green, Jeremy Hunt and Chris Grayling – and several more ex-ministers – the former prime minister demanded a rethink on the government’s proposals for reform of the planning system.

The backlash came during a House of Commons debate in which Conservative MPs bitterly attacked the reforms, described by Mr Johnson as part of his plans to “build, build, build” the UK out of the coronavirus crisis. 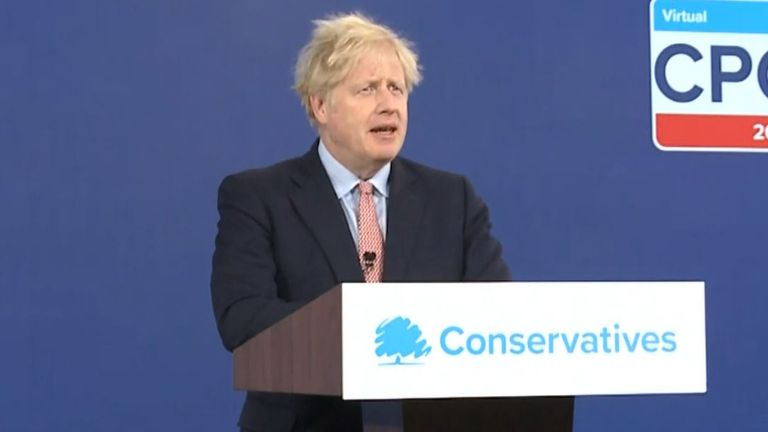 It was Mrs May’s second major revolt against government policy in less than three weeks, after she accused her successor of “acting recklessly and irresponsibly” by breaking international law with his UK Internal Market Bill.

Earlier this week, defending his planning shake-up in his party conference speech, Mr Johnson declared: “We will transform the sclerotic planning system.

“We will make it faster and easier to build beautiful new homes without destroying the green belt or desecrating the countryside.”

But Mrs May, MP for the commuter town of Maidenhead in Berkshire, told the Commons that the prime minister’s proposals were contrary to the government’s “levelling up” agenda, and she called on ministers to think again.

“The problem with these proposals, the problem with this algorithm on housing numbers, is that it doesn’t guarantee a single extra home being built and far from levelling up, it forces more investment into London and the South,” she said.

“This is a mechanistic approach and it is ill-conceived. We need to make sure that the planning system sees the right number of homes being built in the right places.

“But we won’t do that by removing local democracy, cutting the number of affordable homes that will be built and building over rural areas – yet that is exactly what these reforms will lead to.

“The government does need to think again on this and it needs to understand the impact that the proposals it’s put forward are going to have.” 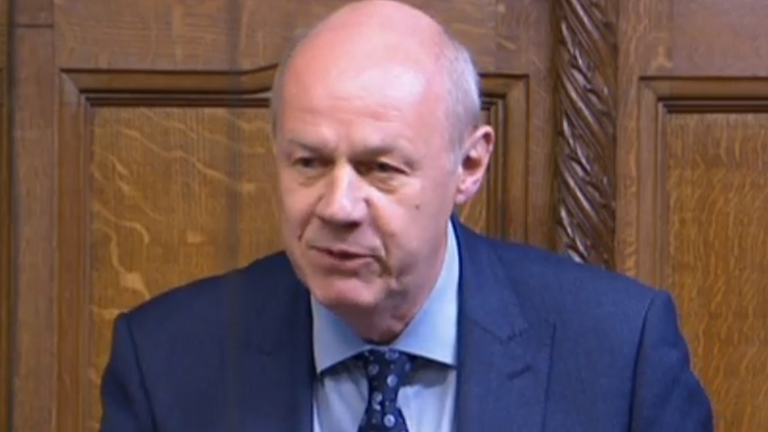 Mrs May also attacked the algorithm at the heart of the government’s proposed planning reforms.

“What this algorithm does is build up planning permissions, it doesn’t build houses,” she said.

In a reference to the government’s handling of A-level results this summer, Mrs May also quipped: “I would have thought the government might have abandoned algorithms by now.”

The former PM called for the government to return with a “comprehensive proposal” for MPs ahead of a “proper debate” on planning reforms and – in a nod to her Brexit travails of last year – she added: “And, dare I say it, a meaningful vote.”

Responding to the protests of Tory MPs at the end of the debate, housing minister Chris Pincher said the government would carefully consider their concerns.

He added: “I am especially mindful that MPs are concerned about geographic imbalance – concerns about too many homes in the South and not enough in the Midlands and the North.

“Equally, I recognise anxieties about what these changes might mean for our countryside in contrast to our urban areas.

“I want to reassure the House that through this consultation process we are committed to addressing any supposed imbalances.

“I recognise that our future is not just about what we build, but where we build it.”

Earlier, Mr Hunt, MP for the affluent constituency of South West Surrey, said he had “grave reservations” over the government’s plans and warned of risks to the English countryside.

“We lose that at our peril,” he said.

Mr Green, MP for the commuter hotspot of Ashford in Kent, told MPs: “We are in danger of turning the Garden of England into a patio.”

He told housing minister Chris Pincher: “Can I just gently say to the minister that algorithms are a tool for mathematicians, not politicians.”

Mr Grayling, MP for another affluent commuter constituency, Epsom and Ewell, told MPs the housing algorithm was “completely inconsistent” with the promises the Tories made at last year’s general election.

“In its current form I regret to say, even as a loyal supporter of the government, I cannot support this,” he said.