The 900-mile wide weather front will sweep across Britain bringing wet and windy weather for four days. If the strong Atlantic air crashes into the UK with enough power to signal a weather warning, then it could be the first named storm of the 2020/21 season.

He said: “The Atlantic jetstream will really power up and could generate very wet and windy weather late in the week.

From Wednesday, a storm will bring 70mph winds with Scotland predicted to be hit the worst. 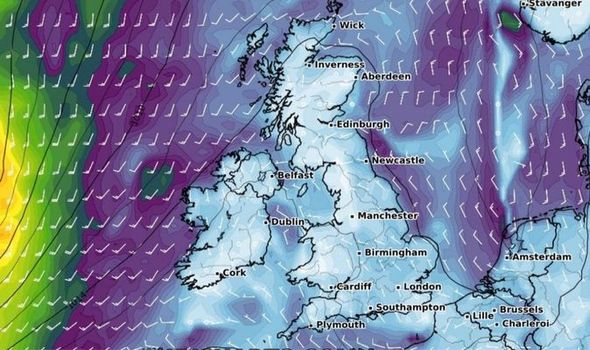 Heavy rainfall is also set to come crashing in with the stormy weather.

Temperatures are forecast to drop from the mid-teens Celsius to the very low single figures in some areas of the country.

Morning frost is expected to become common in the north and west of the UK towards the end of the week.

Before Wednesday’s storm hits the UK, Tuesday is expected to be a more pleasant day. 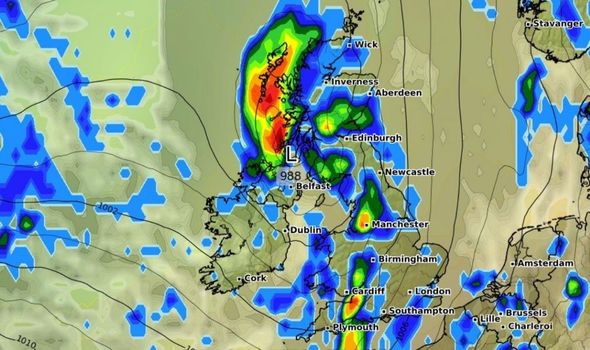 Alex Deakin, Met Office Meteorologist, said: “The weather could get very lively later this week so enjoy the relative serenity of Tuesday if you can where most places will be dry and bright with sunny spells after a bit of a chill in the air first thing.

“The main exception to the sunny skies will be across parts of eastern England, particularly East Anglia where again like at the weekend it will stay predominantly cloudy here.

“Finally though across eastern England we lost the cloud that was sticking around through the weekend.”

Tuesday will start will some freezing cold temperatures in parts of the country. 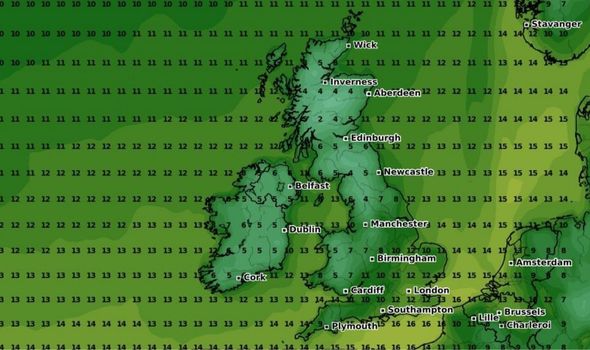 Mr Deakin said: “Clear skies across Scotland, some sheltered glens could get down to freezing so a chilly start.”

Head of meteorological operations at the Weather Channel, Leon Brown, is expecting there to be five named storms in the Autumn and Winter of this year.

The Met Office has previously warned that this Autumn will be windier than normal. 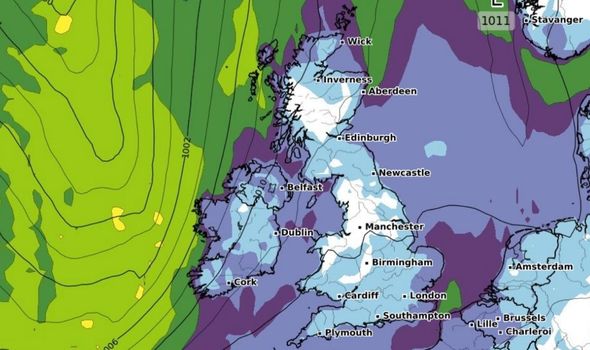 She said: “A midweek low spins in off the Atlantic, centring towards Iceland which brings a spell of rain and blustery winds over Ireland on Wednesday morning and moving over Britain through the day.

“The west coast of Scotland will see the most rain, there will be strong southerly winds through the Irish Sea.

“Eastern England won’t see the rain until later in the day but everywhere becomes breezy as the southerly winds then veer to a cooler north-westerly after the frontal rain.”

Thursday is expected to be brighter but temperatures are set to drop as Britain heads into the weekend.

Ms Farrow said: “Friday will see the limbering up for whatever this deep European low is going to throw at the UK for the end of the week thanks to that strengthening and buckling jet.”