An OAP was brutally attacked while on his mobility scooter by a violent woman who bit him and attacked him with a saw.

The 65-year-old victim’s terrifying ordeal began when he passed 42-year-old Jane Rogers on his scooter while on his way to meet a friend on July 25.

He noticed his attacker was holding a saw when he passed her on his low powered vehicle – he was left fearing for his life when she caught up with him, slashed at his ears, and sank her teeth in to him.

Now the woman has been jailed for 18 months for her attack following a trial at Stoke-onTrent Crown Court.

StokeonTrentLive reports prosecutor Gerald Bermingham saying in court: “He thought nothing more about it and continued on his way.

“When he came down the road, the defendant grabbed him from behind in a neck brace. She dropped the saw and said to him, ‘You’ve been following me and messing with my family’.

“He said, ‘I don’t know you, just go away’. She kept coming back to him with the saw.

“She moved away and came back biting him on the ear and pulling his hair. She cut his ear, getting more vicious each time.

“She tried to take the keys out of the ignition. They dropped to the floor.”

The victim – who uses a mobility scooter due to only having one arm in working order and suffers from hip problems – tried to push his attacker of him, only for her to slash at his head.

A member of the public rushed to the victim’s aid after hearing his screams.

Police later found Rogers hiding in a Poundland car park where she was arrested and her saw was seized.

In court, the attacker argued she had “little recollection” of the incident, claimed her drink could have been spiked, and said she felt she was having an “out-of-body experience” at the time.

A statement read out on behalf of the victim in court revealed: “I thought I would lose my life that day.”

Rogers plead guilty to assault occasioning actual bodily harm and possession of an offensive weapon, while her defendant argued she had been on drugs and was “very remorseful” for her actions.

Judge Paul Glenn told the defendant as he sentenced her to jail: “You were wielding a saw. The saw came into contact with his head. You struck him a number of times. He was terrified.” 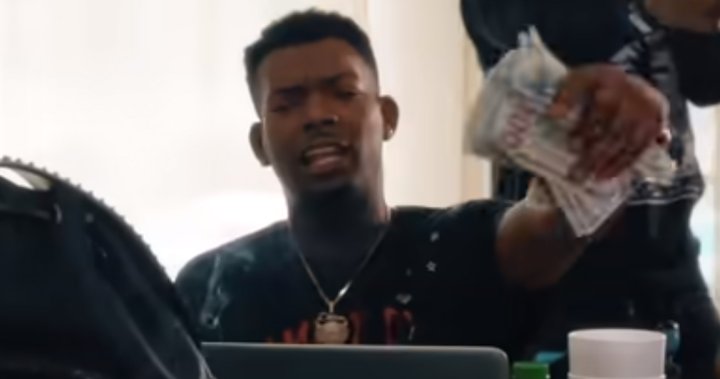