Washington, DC – US President Donald Trump is expected to select Amy Coney Barrett as his nominee to fill the Supreme Court seat vacated by the death of Justice Ruth Bader Ginsburg last week, according to multiple US media reports citing unnamed Republican sources.

Barrett, 48, is a constitutional scholar who Trump named to the federal appeals bench in 2017. She is a favourite of the right-wing Federalist Society, a group that has orchestrated the confirmation of more than 200 conservative jurists to the federal courts since Trump took office.

On Friday evening, several US news outlets including CNN, the New York Times and The Hill reported that Trump plans to nominate Barrett for the empty Supreme Court seat in an announcement scheduled for Saturday.

Al Jazeera could not independently verify those reports, which cited unnamed people familiar with the nomination process. 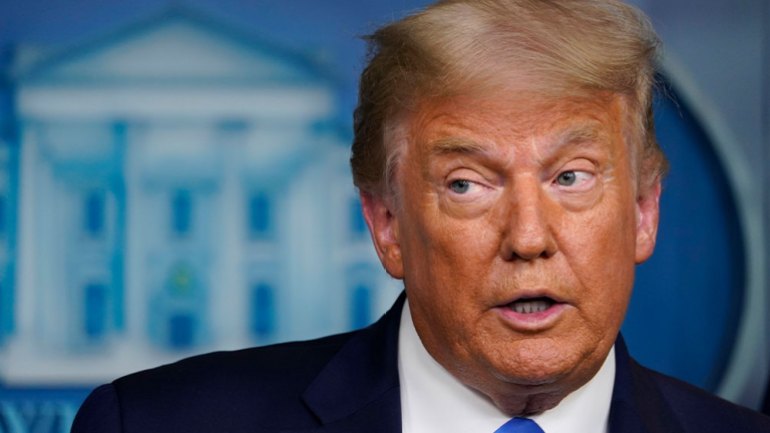 Trump has not personally confirmed that Barrett is his nominee, but he described her without naming her as widely ‘respected’ and ‘brilliant’ [File: Evan Vucci/AP]In less than two years on the federal appeals bench, Barrett has quickly established herself as a conservative jurist who would swing the nine-member US Supreme Court to a 6-3 conservative majority.

Barrett met with Trump at the White House on Monday, according to the president, who described her without naming her as widely “respected” and “brilliant”.

Trump told reporters travelling with him on Friday that he has made a decision “in my own mind” and that, while “I haven’t said it was [Barrett] … she is outstanding”, according to a media pool report.

Barrett is a graduate of Notre Dame Law School where she was editor of the law review and first in her 1997 class. She returned to Notre Dame to teach in 2002 and was elevated by Trump to the federal appeals bench in 2017.

Barrett is believed to oppose abortion, although she sidestepped questions about the topic in her 2017 Senate confirmation hearing.

She would be the youngest justice on the Supreme Court and her lifetime appointment would likely shape American law for decades to come.

Barrett is affiliated with a relatively new school of constitutional jurisprudence called “originalism”, in which scholars and judges try to interpret the original intent of the framers of the US Constitution, as well as the meaning of their words.

Originalism is distinguished from “textualism”, which was the school of judicial thought advocated by the late Justice Antonin Scalia. Textualism focuses strictly on the plain meaning of the legal words without regard necessarily to the intent.

Originalism is a generally conservative philosophy followed by Justice Neil Gorsuch, but one that sometimes yields surprising decisions not necessarily in line with conservative political thinking.

Many liberals worry that federal judges nominated by Trump are inclined to issue politicised decisions that enforce the views of the conservative wing of the president’s Republican Party.

Barrett’s nomination to replace Ginsburg, a justice known for her advocacy for equal rights for women, coming just weeks before a hotly contested presidential election, will put a spotlight on her views on abortion, healthcare and guns.

Democrats like Senator Dianne Feinstein of California have in the past suggested Barrett’s legal views are guided by her religious beliefs and that she would work on the court to reverse precedents establishing the right to an abortion.

“The dogma lives loudly with you and that’s a concern,” Feinstein said at Barrett’s Senate confirmation hearing to be an appeals court judge in 2017. “I assume that you would be a no vote on Roe,” Feinstein said, referring to the landmark 1973 Roe v Wade case that first created a right to abortion.

The dogma lives loudly with you and that’s a concern

US Senator Dianne Feinstein, during Barrett’s 2017 Senate confirmation hearing to US appeals court

Barrett is likely to face opposition in the Senate from Republicans Susan Collins and Lisa Murkowski over abortion rights. Both have also signalled opposition to choosing a replacement to Ginsburg before the election on November 3.

Republicans to push through nominee

Nevertheless, most Senate Republicans have lined up behind Trump’s push to name a Supreme Court justice before the vote and Democrats who are a minority in the Senate have few tools to block their effort. 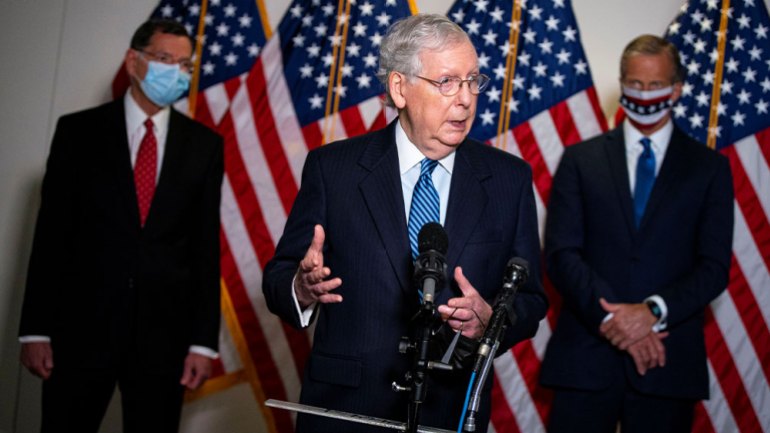 Republican Party leaders, such as Senate Majority Leader Mitch McConnell, have said they intend to push through Trump’s nominee for the US Supreme Court [File: Al Drago/Reuters]Barrett is married to Jesse M Barrett, a former assistant US attorney in South Bend, Indiana, and a fellow Notre Dame law graduate. They have seven children, including two adopted from Haiti.

The New York Times has reported that Barrett is a member of a Christian group called People of Praise, a non-denominational group of Catholics, Protestants and others. The group of about 1,700 people was founded in South Bend in 1971 and adheres to a covenant in which men provide the spiritual leadership in their families.

Barrett was born in New Orleans, Louisiana, the oldest of seven children. Her father was a lawyer for Shell Oil Company. She grew up in Metairie, a suburb of New Orleans.