Angry crowds of demonstrators booed the President of the United States as he paid his respects to Ms Bader Ginsburg, who died last Friday at the age of 87. The protesters could be heard yelling “Honour her wish” and “Vote him out”.

However, Mr Trump shrugged off the criticism during his media briefing at the White House following the event.

He said: “I think it was just a political chant. We could hardly hear it.

“Somebody said there was chanting. They were right next to the media.

“We could hardly hear too much. We could hear a sound but it wasn’t very much.” 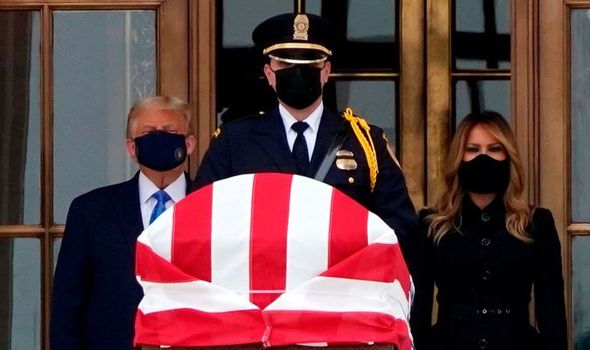 The chants demanding to “honour her wish” were a reference to Ms Bader Ginsburg’s dying wish for the winner of the November presidential election appoint her replacement.

However, the President has decided to name a successor as soon as Saturday at the White House.

He is expected to choose a conservative successor to take the liberal Justice’s place.

On Saturday, Mr Trump revealed via a tweet his intention to fill Ms Bader Ginsburg’s seat “without delay”. 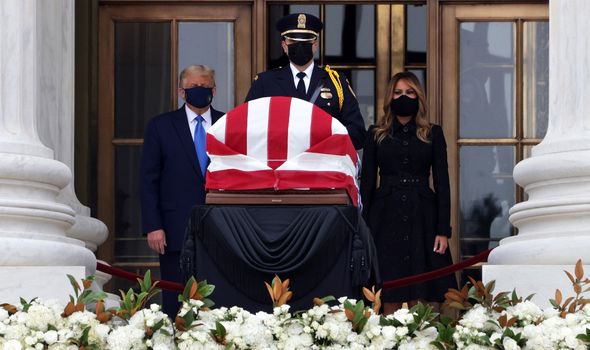 He wrote: “We were put in this position of power and importance to make decisions for the people who so proudly elected us, the most important of which has long been considered to be the selection of United States Supreme Court Justices.

“We have this obligation, without delay!”

But some Twitter users countered his views, with one user remarking he is “not above the law”.

Another user wrote: “Proudly elected you? Your obligation is to respect and represent the American people. 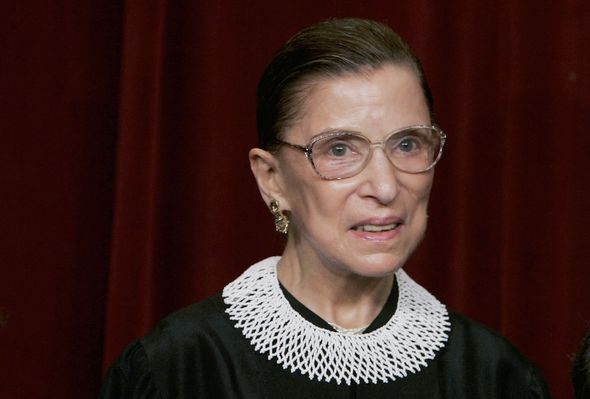 “You have failed in doing this abysmally.

“For once, do the right thing and let the people decide AFTER the election.”

One user wrote: “And we are grateful for your decisive leadership!

“That’s why we elected you, and will elect you again!!!” 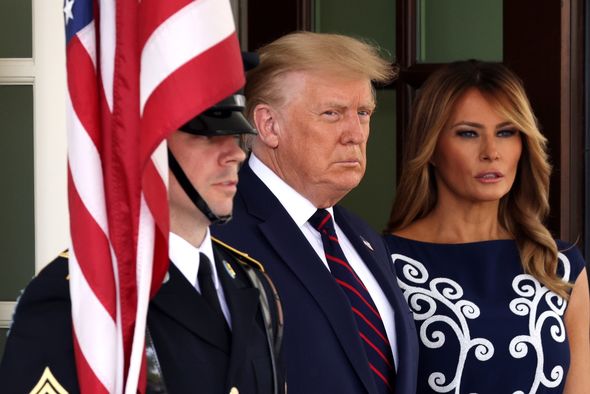 She said: “Everybody has a first amendment in this country, but I thought it was appalling and disrespectful thing to do as the president honoured Justice Ginsburg.”

But she said it was “certainly to be expected when you’re part of the swamp.”

The press secretary added: “I travel with the president all across the country.

“And everywhere we go, the streets are lined with support like I don’t think any other president has had previously.”