Two former leaders of a Massachusetts veterans’ home were indicted on charges of criminal neglect related to the deaths of at least 76 residents. Israel imposed new limits on citizens traveling abroad.

Officials in Oklahoma reported 1,276 new cases, a single-day record for the state. More cases have been announced in Oklahoma over the last week than in any other seven-day stretch of the pandemic.

Here’s what you need to know: 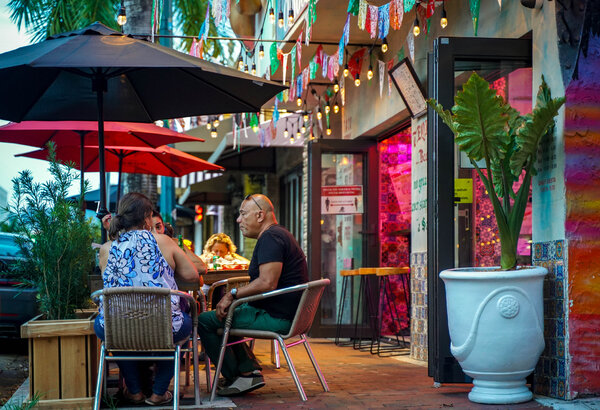 Florida is lifting state restrictions for restaurants and many other businesses, the governor said.

Gov. Ron DeSantis of Florida said on Friday that the state would move into the next reopening phase, lifting state restrictions for restaurants and many other businesses.

Mr. DeSantis, a Republican and avid supporter of President Trump who spoke at the president’s rally in Jacksonville on Thursday, said that he would sign an order allowing restaurants and many other businesses to operate at full capacity as part of Phase 3 of his administration’s reopening plan.

“We’re not closing anything going forward,” the governor said in St. Petersburg.

County governments would be allowed to limit capacity but not by more than 50 percent, Mr. DeSantis said — a new restriction on local control.

“I think this will be very, very important to the industry,” Mr. DeSantis said, calling the wholesale shuttering of restaurants in particular to be unacceptable. “You can’t say no after six months and just have people twisting in the wind.”

Mr. DeSantis refused to mandate mask usage in the state, insisting that such a decision should be left up to local governments. Yet his administration has increasingly stepped in to prevent counties from imposing more stringent virus restrictions. Many of Florida’s largest counties are run by Democrats.

Under the state’s reopening plan, Phase 3 allows for bars and nightclubs to operate at full capacity “with limited social distancing protocols.” Bars have yet to reopen in Miami-Dade County, the county hardest-hit by the virus. The county’s mayor has said he hopes to allow for some operation with restrictions such as table service only.

Cases are down significantly in the state after a big surge over the summer. The governor has touted the fact that Florida was able to come down from the spike without imposing a lockdown as evidence that shutting down businesses should not be contemplated to try to contain the virus in the future.

As of Thursday, Florida was testing 38 percent of a testing target developed by researchers at the Harvard Global Health Institute. The state had a positivity rate of 12 percent for the total number of tests processed over the two-week period ending Thursday, according to data analyzed by The Times. Positive rates should be at or below 5 percent for at least 14 days before a state or country can safely reopen, according to the World Health Organization.

“That’s over two months ago,” he noted. Since then, “we’ve actually seen more economic activity, more interactions. Schools have opened. All the theme parks are open. More people have visited. And what has happened with hospitalizations? Covid-positive hospitalizations are down 76 percent since the July peak.”

If a county wants to restrict restaurant capacity between 50 and 100 percent, Mr. DeSantis said, it will need to provide justification to the state.

“The idea that government dictating this is better than them making decisions so that their customers have confidence I think is misplaced,” he said.

Other states have also tried to rein in municipalities where local officials wanted to impose restrictions beyond what the state required. In Georgia, Gov. Brian Kemp, a Republican, filed a lawsuit in mid-July against the mayor of Atlanta, a Democrat, who wanted to require her constituents to wear masks in public. At the time, cases in Atlanta were mounting by the day. Mr. Kemp eventually withdrew his complaint.

In Texas, after weeks of resisting calls for masks from mayors of some of the state’s largest cities, Gov. Greg Abbott, a Republican, was slammed by members of his own party when he changed course and mandate that Texans wear masks in public. At the time, in late July, the state health system was overwhelmed with the spike in patients, as the average number of new daily cases climbed to seven times the size it was in early June.

In Arizona, Gov. Doug Ducey, a Republican, had resisted allowing local governments to issue their own mask mandates but reversed that stance in June in response to pressure from the mayors of Arizona’s largest cities.