Labour received £1.3 million in the three months after the lawyer was appointed and 96 percent was from trade unions. Electoral Commission figures show only one major donation from an individual, a bequest of £54,000, and no businesses gave funding over the period. Amanda Milling, who chairs the Conservative Party, said: “No wonder Sir Keir Starmer is clinging on to Corbyn’s stale lefty policies when Labour’s being bankrolled by their union paymasters. Sir Keir claims to be bringing in a new leadership but it’s clear he’s still at the beck and call of the unions.”

Sir Keir will try to move the party on from Jeremy Corbyn’s electorally disastrous reign when he gives his first major speech as leader at the Labour conference tomorrow (TUES).

Powerful union baron Len McCluskey, general secretary of Unite, said the new leader will be “in trouble” if he moves too far away from hard-left Corbynite policies.

He said Sir Keir was elected on a “radical” platform.

Mr McCluskey said: “I want to help him, those on the left want to help him, but he said he’s listening to people around the country, which he is, and he needs to listen to the left because without the left within our movement, Keir will, I’m afraid, steer the ship onto the rocks and I don’t think he’ll do that.” 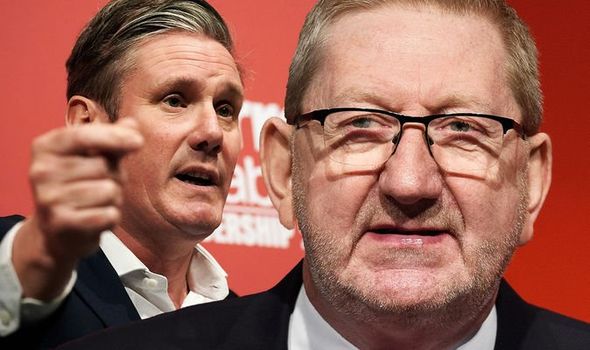 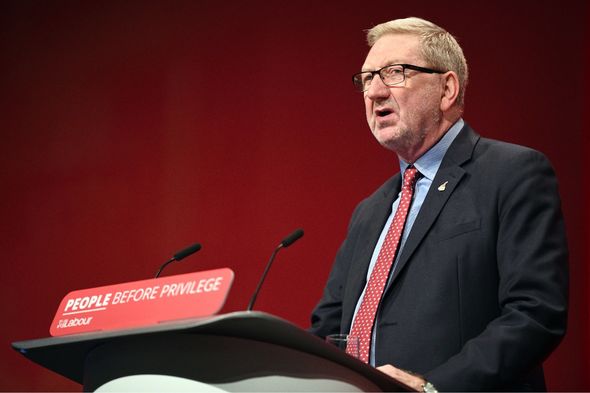 Sir Keir said he wanted to make it clear the party is under new leadership and recognises the scale of its historic defeat last December.

“So, recognising that, listening to those that no longer vote Labour, and I’ve spent the last six months listening and asking for conversations with people that are difficult rather than easy, and changing and focusing on the future.”

The Labour leader said it is in the national interest for the UK to secure a Brexit deal but refused to say if his party would back an agreement in parliament.

“We will look at what comes back, but if it’s in the best interests of the country, then we’ll look at it, of course we will, because a deal is in the national interest,” he said.

It comes after tough TV grillings for the Labour chief on the Sunday broadcast rounds.

Sir Keir was ridiculued on Sophy Ridge’s Sky News show for a sudden U-turn when the presenter accused the Labour chief of using Boris Johnson language.

Ms Ridge said: “I am quite interested in your conversion from someone who supported a second referendum to now wants to now, I quote, ‘get on with Brexit’.”

While on the Marr Show the Labour leader was accused of avoiding Brexit answers.

Andrew Marr pushed Sir Keir on whether he would support a Brexit extension if talks broke down.

When Sir Keir said “these talks don’t need to break down, Andrew,” the BBC host hit back: “A straight answer, please!”

The Labour leader responded: “I want the government to get on with what it said it would do, and that is delivering a deal.”

Sir Keir also admitted he could not see the issues of fishing and state aid being reconciled, leading to a huge chance of a no deal between United Kingdom and the European Union.