Voters with visual impairments say without accessible absentee ballots they must risk their health or give up privacy. 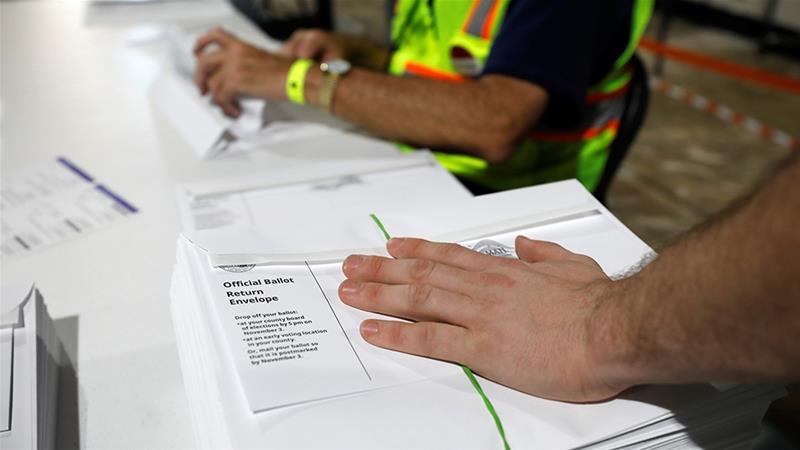 Kenneth Semien has not left his Texas home, nor had any visitors inside his house since March 14, the day after officials declared a state of disaster and national emergency due to the coronavirus pandemic. As a 59-year-old African American man, who is blind and has high blood pressure, Semien simply cannot take the risk.

“My experience 18 years ago, being in a hospital for 89 days, really wants me to do whatever I can to stay out of a hospital,” he said, recalling the time a battle with meningitis left him completely blind in one eye and only able to see shapes in the other.

That fear put him in a bind in July when he had to decide whether to risk voting in the Texas runoff election in person, give up his privacy and independence and risk exposure to COVID-19 so someone could help him fill out an absentee ballot application, or not vote at all. Semien chose the last option – a decision he said was difficult to make.

“I’m used to going and casting my vote,” said Semien, who has been a regular voter for decades, and encouraged others to cast their ballots.

“It was a real struggle for me,” he told Al Jazeera by phone.

Now, looking towards November’s general election, Semien worries he may have to make that difficult decision again. Along with two other blind voters and two disability rights organisations, Semien is suing Texas Secretary of State Ruth Hughs to demand a private, independent, accessible way to vote in November’s election – a method that will not put his health at risk. 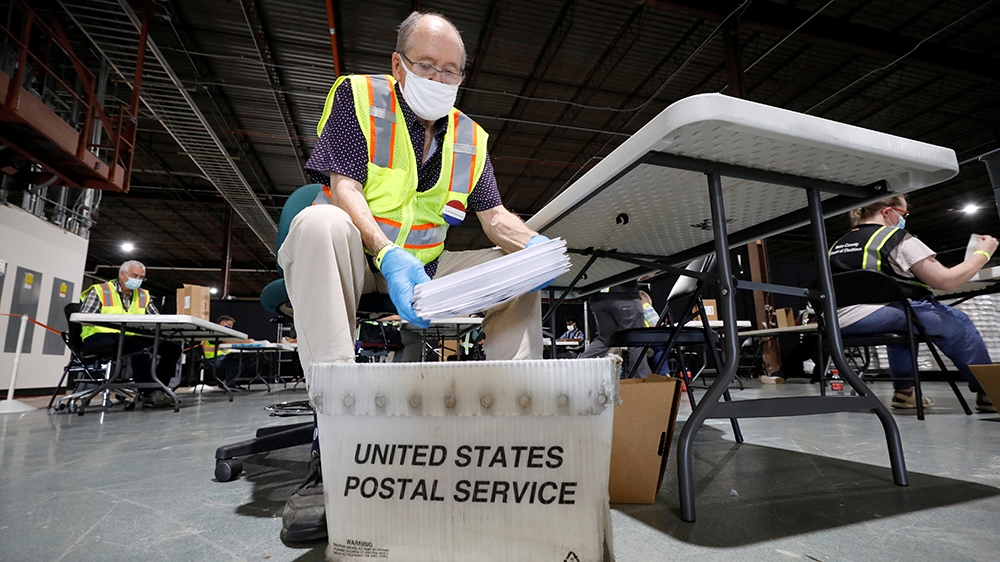 “I really just believe everybody should have equal access to information and any tools that are available for being able to cast your ballot independently [and] privately,” said Semien, who is the board president of the Coalition of Texans.

More than 12 million people in the United States have some type of visual impairment, including at least one million who are blind, according to the Centers for Disease Control and Prevention. Those numbers are expected to double by 2050.

Since the passage of the landmark American with Disabilities Act (ADA) 30 years ago, most states have put in place accessible, electronic voting machines at polling locations that allow those with visual impairments to vote privately and independently. But disability rights groups argue that many states do not have an accessible absentee option, despite ADA provisions and other laws, that applies to “all aspects of voting, including voter registration, site selections, and the casting of ballots, whether on Election Day or during an early voting process.” This has become especially clear as many states expand voting options due to the coronavirus pandemic, which has killed more than 194,600 people nationwide.

In Texas, all voters must vote in person, unless they meet one of several conditions, which do not include the fear of COVID-19, but do include having a disability. That means voters who are blind can request a mail-in ballot for November, but “because vote-by-mail ballots in Texas are transmitted, marked, and returned entirely on paper, this process is inaccessible to blind or low-vision voters and other voters with disabilities that prevent them from marking a paper,” Semien’s lawsuit argues.

Semien said that even to request a mail-in ballot in the state, he would need help filling out the application, which means inviting someone into his home and risking exposure to the coronavirus – a risk that is heightened due to his underlying health conditions.

“Nobody has come in my home since March the 14th,” Semien said. “And if I was to let somebody in to help me to fill out that application and allow me to sign [it], I just feel like it was the difference in me going out.”

Even in states where all voters can cast their ballots by mail, individuals who are blind or have low vision said they are left with the burden of choosing between risking their health or voting.

Kendall Gibbs, who is blind, is one of several plaintiffs suing North Carolina State Board of Elections officials. November’s race will be only the second time 22-year-old Gibbs is eligible to vote. “It throws a plot twist on things that there is a pandemic,” Gibbs told Al Jazeera by phone.

“So, it’s important for me to be able to vote electronically, so I don’t have to go in person and risk my own safety, not only to vote, but to vote safely, independently and privately,” she added. “In America, it is our right to vote. And I don’t think that people who have disabilities should be excluded from that.”

Ricky Scott, a 59-year-old blind man from Gaston, North Carolina, agreed. The last time Scott used an absentee ballot was about 25 years ago when he had to rely on someone else to mark his choices for him.

“It certainly made me feel like a second-class citizen,” said Scott, who is part of the lawsuit against North Carolina State Board of Election officials.

“When you have to get someone to mark a ballot for you, you trust that they are marking the [candidates] that you are telling them and you have no way to confirm that,” he told Al Jazeera, adding that in the past, at least one person who was helping him told him which candidate to vote for.

The North Carolina lawsuit, as well as the complaint in Texas, note that the states already offer military and overseas voters the option to receive and return ballots electronically. Some states use the Democracy Live OmniBallot Online, which includes an option for accessible, online voting.

“Because of this virus going around, I certainly do not want to increase the risk of catching it,” Scott said. “But I think, as persons with visual impairments, we are entitled to an independent, private vote, just as every other citizen. The military and people overseas have the opportunity to vote, and so should those of us with disabilities.”

Responding to the North Carolina lawsuit on Tuesday, the State Board of Elections argued that voting through an online portal presents several security risks.

I think as persons with visual impairments we are entitled to an independent, private vote, just as every other citizen. The military and people overseas have the opportunity to vote, and so should those of us with disabilities.

It added that “even if [the] plaintiffs may ultimately succeed on the merits, the relief sought would place an enormous, if not insurmountable, strain on the state’s administration of the 2020 general election – an election already under strain due to the COVID-19 pandemic and already in progress.”

In Texas, lawyers for Secretary of State Hughs moved to dismiss the lawsuit altogether, arguing that the plaintiffs cannot sue the secretary under the ADA or the Rehabilitation Act of 1973. They also argue that it is local election officials, not the secretary of state, who “administer Texas elections in general and voting by mail in particular”.

Officials in Texas did not respond to Al Jazeera’s request for comment. A North Carolina Board of Election spokesman referred Al Jazeera to publicly available court documents, including Tuesday’s response.

Similar lawsuits filed across the US, including in Pennsylvania, Maine and Virginia have resulted in accessible absentee and mail-in options. Disability rights groups in New York are also suing to ensure that an accessible ballot is available by November.

Back in Texas, Semien is unsure if he will vote in November if he does not have an accessible absentee ballot. “We just really want to be able to vote without putting our lives in danger,” Semien said.

“One of the dangers for people who are blind or visually impaired is that you never know if somebody around you is practising social distancing as you would hope. You never know, if somebody is not wearing their mask … So that’s why we have to do what we need to do to protect ourselves,” he added. “But we are people. It’s not about what party somebody is a part of or anything. This is about having your right to cast your vote without having [to] discuss who you are going to vote for with anyone.”