The Prime Minister’s former attorney general, Geoffrey Cox, said it would be “unconscionable” to override the deal, adding there is “no doubt” the “unpalatable” implications of the withdrawal agreement were known to Mr Johnson signed it. The Brexiteer warned he would not back the Internal Market Bill unless ministers dispel the impression they plan to “permanently and unilaterally” rewrite an international agreement, with tariffs and customs procedures on certain goods entering Northern Ireland from Britain were part of the deal. Mr Cox added if the powers in the Bill were used to “nullify those perfectly plain and foreseeable consequences” then it would amount to the “unilateral abrogation of the treaty obligations”.

The former attorney general wrote in The Times: “When the Queen’s minister gives his word, on her behalf, it should be axiomatic that he will keep it, even if the consequences are unpalatable.

“What ministers should not do, however provoked or frustrated they may feel about an impasse in negotiations, is to take or use powers permanently and unilaterally to rewrite portions of an international agreement into which this country freely entered just a few months ago.”

The rebellion from Mr Johnson’s own ministers comes as legal expert Gina Miller accused the Prime Minister of asking the Queen to “put her name to an Act that would break international law”, something that would “mar her legacy as someone whose life has been dedicated to the rules-based order”.

She wrote: “Many elements of the Internal Markets Bill are necessary as we reverse 40+ years of membership of the European Union, and the Prime Minister is respecting Parliamentary sovereignty by placing the Bill before Parliament. 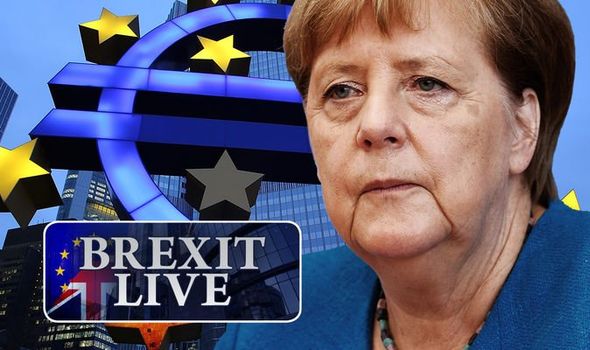 “However, the position he is potentially placing the Queen in is as distasteful as it is disrespectful.

“The third stage of any legislation is the Crown must agree to the legislation through the prerogative of Royal Assent. This is normally a formality as the sovereign body of the United Kingdom is not Parliament, but the Crown-in-Parliament.

“The last time Royal Assent was refused was in 1708, under Queen Anne, when she rejected the Scottish Militia Bill on the advice of ministers. In 1914, George V very nearly withheld the assent to the Irish Home Rule Bill but was persuaded not to, again on ministerial advice.

Boris Johnson’s plan to override parts of the Brexit withdrawal agreement with the European Union faces a vote in Parliament today amid growing opposition from within his own Conservative Party.

The House of Commons will debate the Internal Market Bill, which Brussels has demanded the Prime Minister scrap by the end of this month.

After the debate, ministers woll decided if it should go to the next stage.

But Mr Johnson, who has a majority of 80 in the House of Commons, is facing a huge rebellion from some of his own ministers, while former Prime Ministers John Major, Tony Blair, Gordon Brown and Theresa May have all criticised the plan.

Geoffrey Cox, who was attorney general under Mr Johnson, wrote in The Times: “When the Queen’s minister gives his word, on her behalf, it should be axiomatic that he will keep it, even if the consequences are unpalatable.

“No British minister should solemnly undertake to observe treaty obligations with his fingers crossed behind his back.”