Sadiq Khan’s failures as London Mayor has forced Boris Johnson and his cabinet to step in to take control of the crisis-hit capital, according to Grant Shapps. The Transport Secretary, following lobbying from Conservative mayoral candidate Shaun Bailey, has stepped in to fix the collapsing Hammersmith Bridge. The iconic bridge has been shut down for the past 18 months, and a “fed-up” Boris Johnson has now taken back control.

Mr Shapps, who visited the bridge earlier this week, said: “It’s been months and I was very much hoping that the Fulham and Hammersmith Council and the Mayor would get this sorted out, but I’m afraid that hasn’t happened.

“So we are here today to take back control. I’ve set up a taskforce and I’ve had Network Rail here, who will provide us with detail on what needs to happen to get this bridge fixed, to get it opened.”

Susan Hall, leader of the Conservatives on the Greater London Assembly, tweeted: “Our #MissingMayor is not helping #London at all. This bridge is vital.” 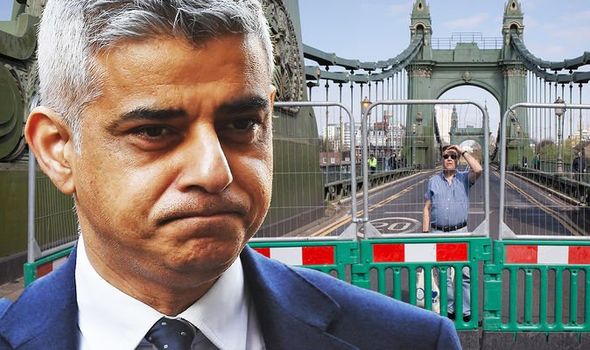 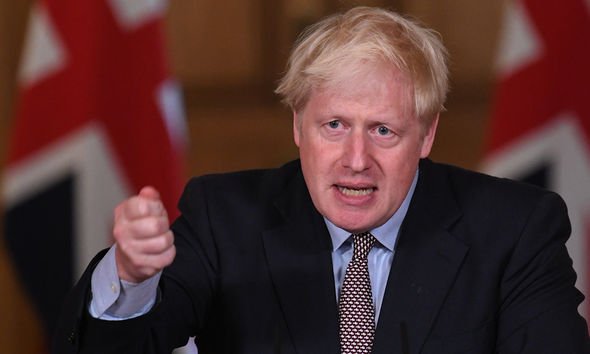 Mr Bailey himself tweeted: “I urged the government to fix Hammersmith Bridge because Sadiq Khan wasn’t going to.

“So I’m thrilled to announce that Grant Shapps is stepping in where the Mayor failed.

“Ministers are now taking control of the bridge and fixing it once and for all. A clear win for residents!”

He earlier tweeted: “A Labour Mayor. A Labour council. A Lib Dem council. Residents waited for any of them to lift a finger. But none did.”

A spokesman for Mayor of London Sadiq Khan rebuked the criticism, but agreed it was right that ministers had stepped in to bail out the bridge repairs.

A spokesman said: “The Mayor and Transport for London will continue working closely with the bridge owners Hammersmith and Fulham Council and the government to find an urgent solution, but it’s time for ministers to put their money where their mouth is.” 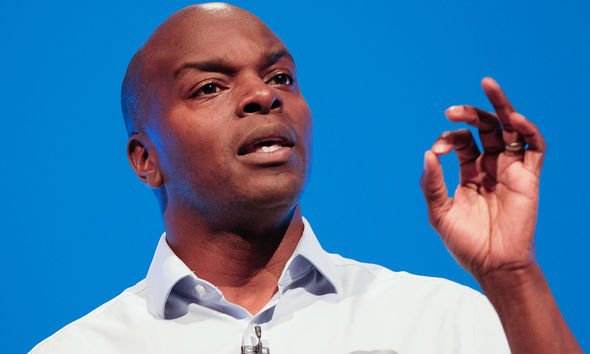 The stand-off over the future of Hammersmith Bridge has erupted into an increasingly bitter political row.

Speaking on LBC earlier this week, Mr Shapps told Nick Ferrari that the Government had become “fed up with waiting” for the council and Mayor to reopen the crossing.

Mr Shapps said the “very key artery of the city”, which has been shut to traffic since April 2019 and to pedestrians and cyclists since last month, was in a “sorry state” and had been neglected for decades. 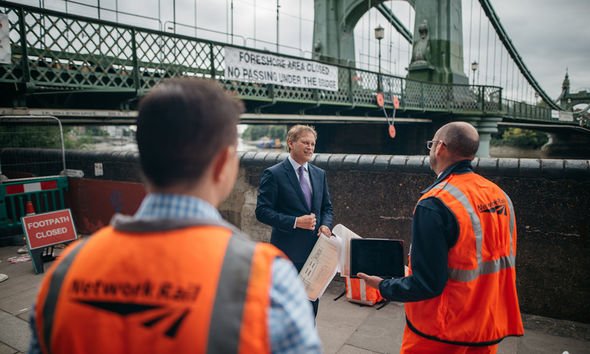 Mr Shapps then questioned the estimated cost for the repairs that Sadiq Khan and TfL had proposed.

The cabinet minister claimed the whopping £140m price tag has been inflated by the local council and TfL.

Mr Shapps claimed the bill had been “moving all over the place” and one of the priorities of the new taskforce will be to find a reliable figure.

Sadiq Khan has also come under pressure recently from political rivals, over his lack of support for the iconic London black cabs.

Susan Hall tweeted this week: “We all need to support #BlackCabs because Sadiq Khan won’t #MissingMayor.”