Egyptian authorities have uncovered 13 intact and sealed coffins inside a supposedly “cursed” ancient burial well. The coffins were unearthed in a burial shaft 36 feet below the desert surface, according to Egypt’s Ministry of Tourism and Antiquities. The Egyptian archaeologists have since cryptically teased more “very exciting” news unearthed at the site.

One disclosed revelation saw archaeologists uncover three sealed niches that may contain more coffins or other artefacts, prompting speculation over what they will discover.

Egypt’s Tourism and Antiquities Minister Khaled El-Anani said of the finding: “An indescribable feeling when you witness a new archaeological discovery.”

The discovery found the intact 2,500-year-old coffins in the desert necropolis of Saqqara.

For around 3,000 years, Saqqara served as the ancient Egyptian capital of Memphis. 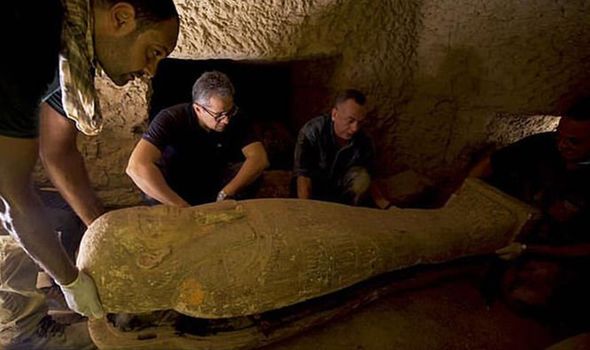 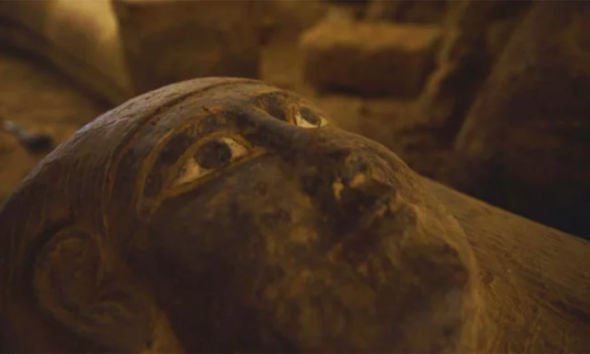 The identities of those buried inside the coffins remains a mystery.

The exceptionally preserved wooden coffins were found stacked on top of each other.

The coffins are so well preserved that some of the original colours on the coffins remain visible.

The new discoveries are rare for having remained completely intact over the millennia. 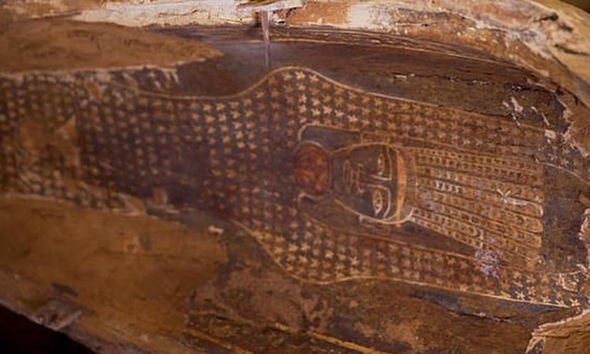 Experts at the site determined that the sarcophagi have remained sealed since they were first entombed.

This means that the coffins were incredibly left untouched by grave robbers for thousands of years.

However, there is also local speculation of a curse that will affect anyone who disturbs the mummified remains of an Ancient Egyptian person in Saqqara. 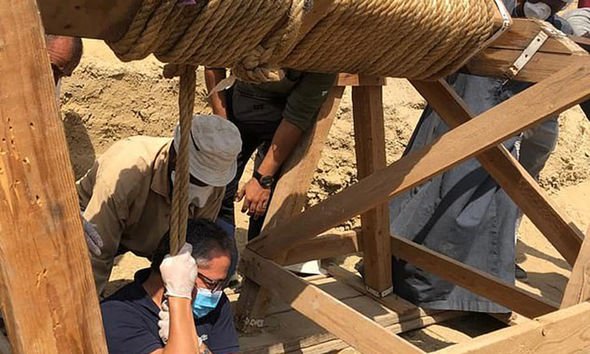 This supposed curse is said to cause bad luck, illness or even death.

The burial ground is located just 19 miles south of the modern Egyptian capital city of Cairo.

It was classified as a UNESCO World Heritage Site in 1979.

The Egyptian government reopened access to museums and cultural spots on September 1.