The Labour leader was asked to justify his position under Jermey Corbyn’s Labour leadership in stark opposition to his stance on many issues, including Brexit, now that he is in charge of the Party. The Channel 4 News journalist asked him: “The Prime Minister keeps trying to poke away at you on a couple of levels. One you’re a lawyer, you’re too smooth perhaps. But also you’re the guy who stands now as a man of principle but served under Jeremy Corbyn presumably disagreeing on a vast tracks of what he was doing.

“Which is it? Which is the real Keir Starmer?”

Again, blatantly avoiding the question, Sir Keir said: “Just let me finish because the Prime Minister is getting increasingly desperate. He started by attempting to answer the questions, that didn’t go well.

“Then he attempted to avoid the questions and now he’s just going for insults. That’s desperation.” 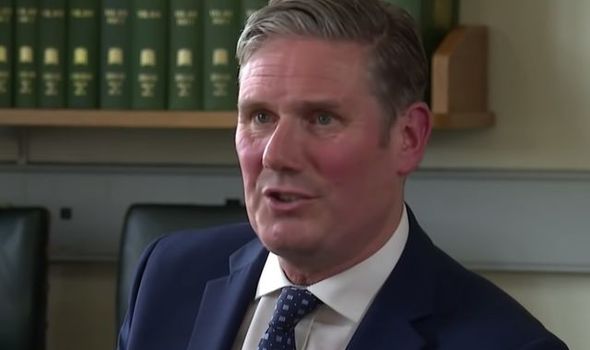 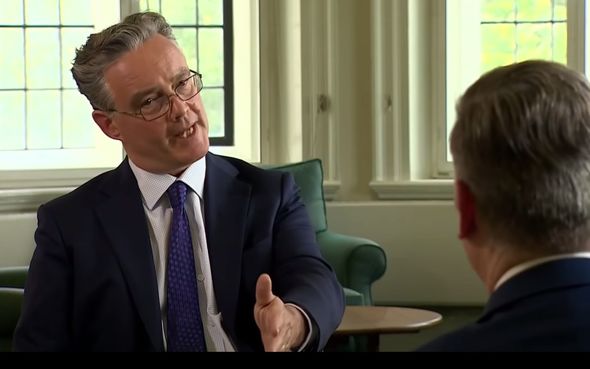 The Labour leader will face Boris Johnson during Prime Minister’s Questions at 12pm on Wednesday.

The two leaders are expected to lock horns on controversial legislation which would override elements of Boris Johnson’s Brexit deal with Brussels and breach international law.

Downing Street had insisted changes in the Internal Market Bill were simply “limited clarifications” to protect the Northern Ireland peace process if they failed to secure a free trade deal with the EU.

But Northern Ireland Secretary Brandon Lewis provoked a furious reaction when he confirmed to MPs on Tuesday that the legislation would breach international law in a “very specific and limited way”.

The Bill, which will be tabled on Wednesday afternoon, is intended to ensure Northern Ireland can continue to enjoy unfettered access to markets in the rest of the UK.

Mr Lewis said the powers the Government was taking would enable ministers to “dis-apply” the EU legal concept of “direct effect” – which requires the enforcement of EU law – in “certain, very tightly defined circumstances”.

His admission led to Conservative former prime minister Theresa May warning the Government was in danger of losing the trust of other countries that it would honour its international agreements, while Labour described the admission as “absolutely astonishing”.

Sir Keir Starmer urged Mr Johnson not to “reopen old wounds” and to instead “get a deal, move on and concentrate on defeating (coronavirus)”.

The row erupted as the pound plummeted against the US dollar amid fears that Mr Johnson’s chances of securing a post-Brexit free trade deal with the EU were diminishing.

It followed the shock announcement that the head of the Government Legal Department Sir Jonathan Jones had become the latest senior civil servant to quit his post.

No reason was given for his resignation, but the Financial Times reported that he was “very unhappy” with the proposed changes to the Withdrawal Agreement.

The Prime Minister’s official spokesman said: “I can confirm that he is stepping down and we would thank him for his years of hard service and wish him well for the future.”

Meanwhile, the latest round of talks on a post-Brexit trade deal continue in London between the EU’s chief negotiator Michel Barnier and the UK’s Lord Frost.