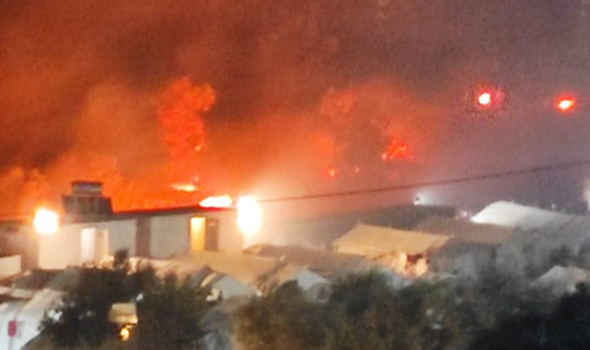 A refugee camp in Moira, Greece, was filmed on fire just after midnight tonight. The camp is managed by the Municipality of Mytilene and UNHCR. The media team for the refugee camp has reported shootings and protestors, and has claimed the fire brigade has been called to the scene.

The refugee camp reported “a kind of uprising” took place on the grounds at 10pm BST.

Small fires were started in the encampments, and the media team reported shootings.

An hour after the incident began, the media team said the fires had reached a makeshift hospital.

The media team posted at 1am BST that migrants were escaping the camp, but were reportedly met by attacks from locals.