SHANGHAI (Reuters) – Walt Disney Co’s release of “Mulan”, which is set in China and meant to appeal to audiences there, has provoked a backlash on social media over its star’s support of Hong Kong police and for being partly filmed in the Xinjiang region.

Hong Kong democracy activist Joshua Wong and internet users in Taiwan and Thailand are among those who promoted hashtags “#BoycottMulan” and “#BanMulan” on Twitter, following this month’s launch of the film on Disney’s streaming platform.

It will also be shown in cinemas in China – an increasingly important market for Hollywood studios – from Sept 11.

Disney’s shares rose 1.7% to $134.20 on the New York Stock Exchange on Tuesday as investors shrugged off the backlash on hopes that subscribers to the company’s streaming video service in the United States and other markets paid $30 over the weekend to watch the film as part of a test release amid the coronavirus pandemic.

In a note on Tuesday, Deutsche Bank analysts upgraded shares of Disney from a hold to a buy and raised their price target from $128 to $163.

Criticism of the live-action remake of a 1998 animated version began last year when Mulan’s star, mainland Chinese-born actress Liu Yifei, expressed support on social media for police in Hong Kong, which was roiled at the time by anti-government unrest.

Liu did not immediately respond to a request for comment via her account on Weibo, a popular Chinese microblogging site.

Calls for people to boycott the film gathered pace this week over its links to the western region of Xinjiang, where China’s clampdown on ethnic Uighurs and other Muslims has been criticised by some governments, including the United States, and human rights groups.

Several state organisations in Xinjiang appeared in the film’s credits, according to social media posts.

“In the new #Mulan, @Disney thanks the public security bureau in Turpan, which has been involved in the internment camps in East Turkistan,” the Munich-based World Uyghur Congress tweeted on Monday. 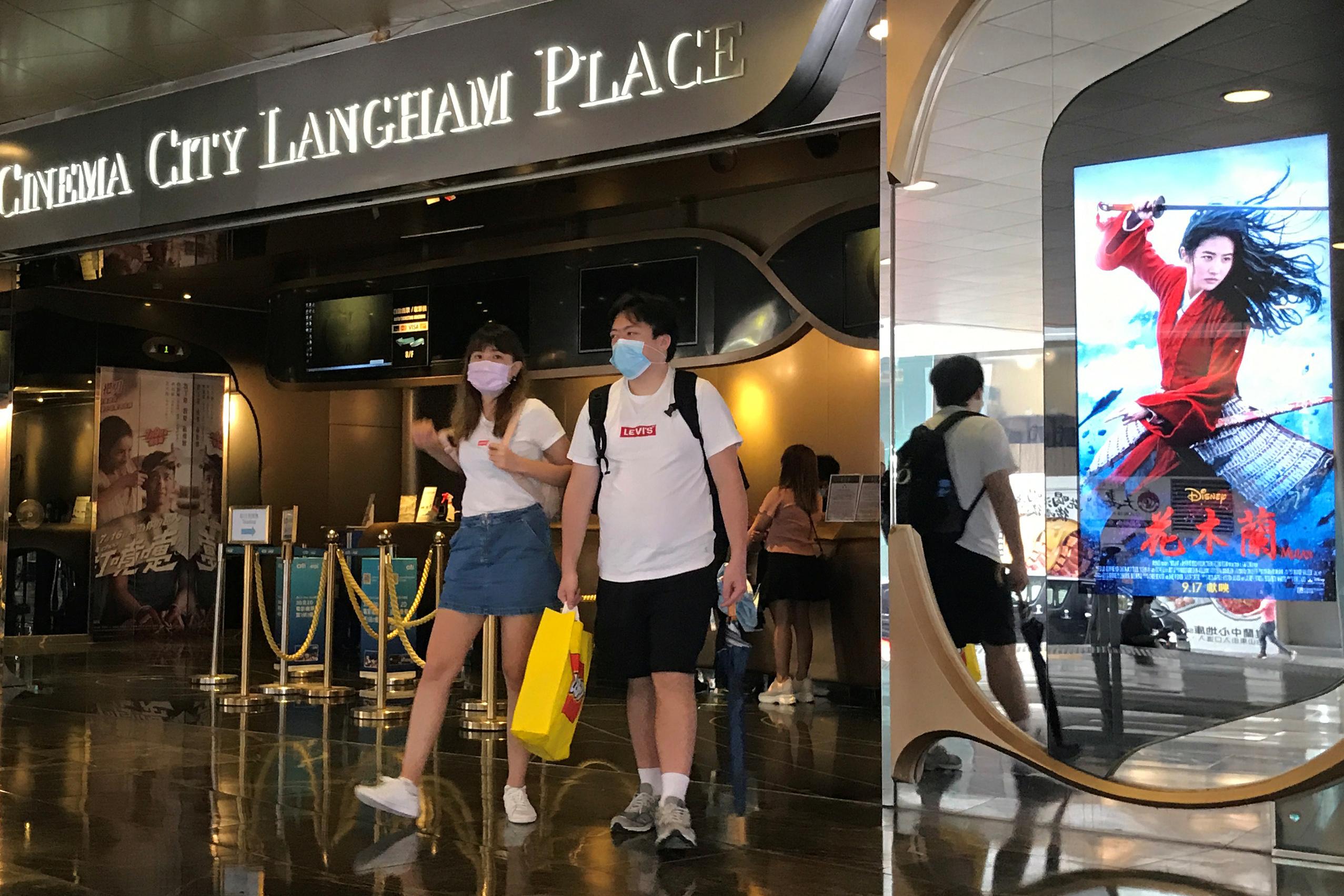 Asked about the reaction to the film’s Xinjiang shooting, foreign ministry spokesman Zhao Lijian restated Beijing’s denial of the existence of re-education camps in the region, calling facilities there vocational and educational institutions and accusing anti-China forces of smearing its Xinjiang policy.

Wong, the Hong Kong activist, accused Disney of “kowtowing” to China, citing Liu and another actor’s support for police in the territory and the movie’s credits mentioning state organisations in Xinjiang.

“We urge people around the world to boycott the new Mulan movie,” he told Reuters on Tuesday.

Disney did not immediately respond to a request for comment.

The movie, produced for $200 million, had been scheduled to reach theaters in March, but its release was delayed by the COVID-19 pandemic.

Last month, Disney said Mulan would skip most theaters and go directly to its Disney+ platform, where it is available for $30 for U.S. subscribers.

While Disney has not released the number of users who have watched “Mulan” since its Sept. 4 Disney+ release, downloads of the app between Friday and Sunday increased by 68% from the same period a week prior, according to app analytics firm Sensor Tower.

The film is set to premiere in Chinese cinemas from Friday, and the studio hopes it will do better than the animated version more than 20 years ago.

That release was delayed after Disney’s relations with China soured over “Kundun,” its 1997 movie based on the life of the exiled Dalai Lama, whom China has branded a dangerous separatist. 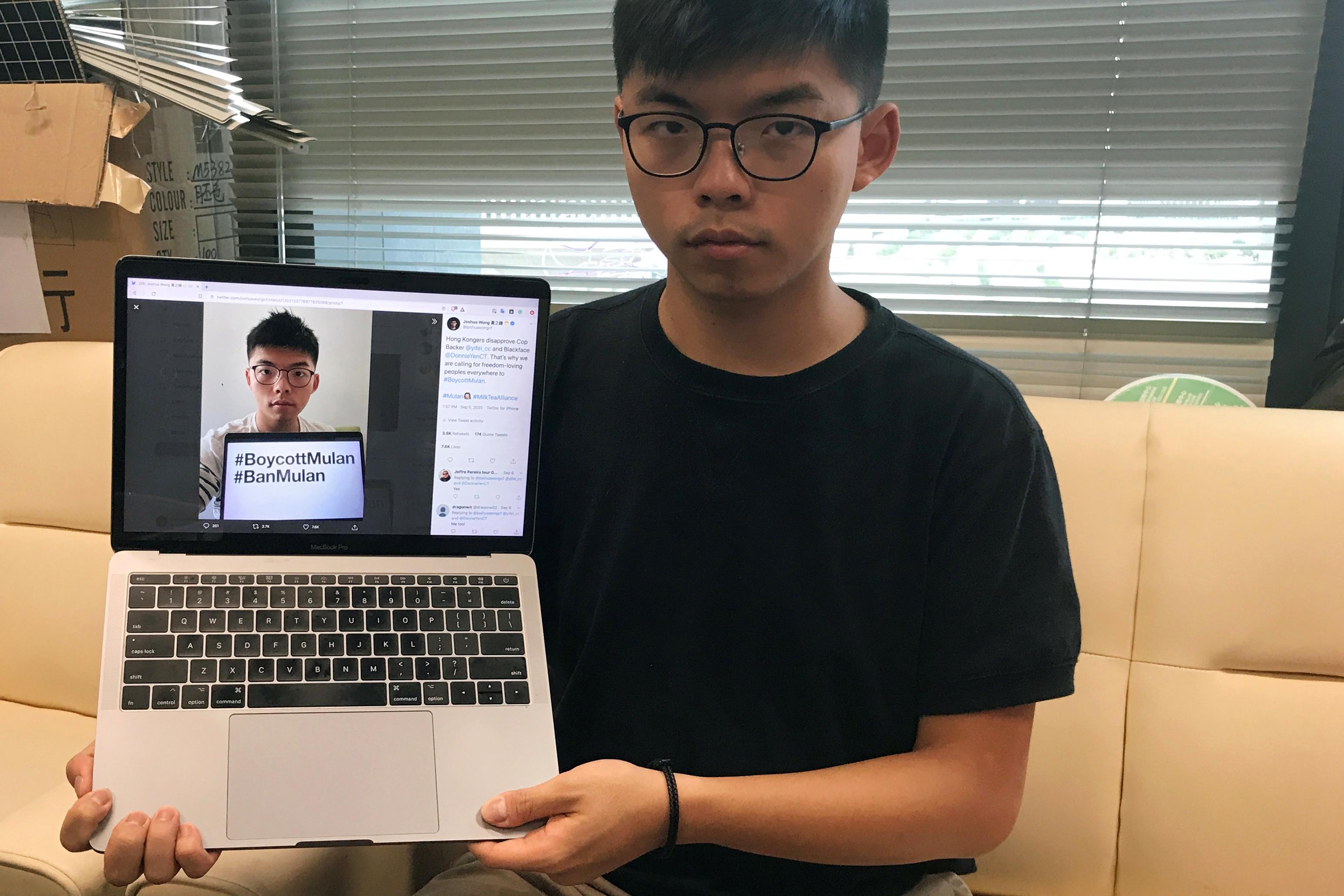 In February, director Niki Caro told the Hollywood Reporter that Disney had tested the film with Chinese audiences, removing a kissing scene between Mulan and her love interest after feedback from its Chinese executives.