COLOMBO (Reuters) – Sri Lanka began towing a fully loaded supertanker that had caught fire off its east coast after it began drifting towards land, a spokesman for the navy of the Indian Ocean nation said on Friday. 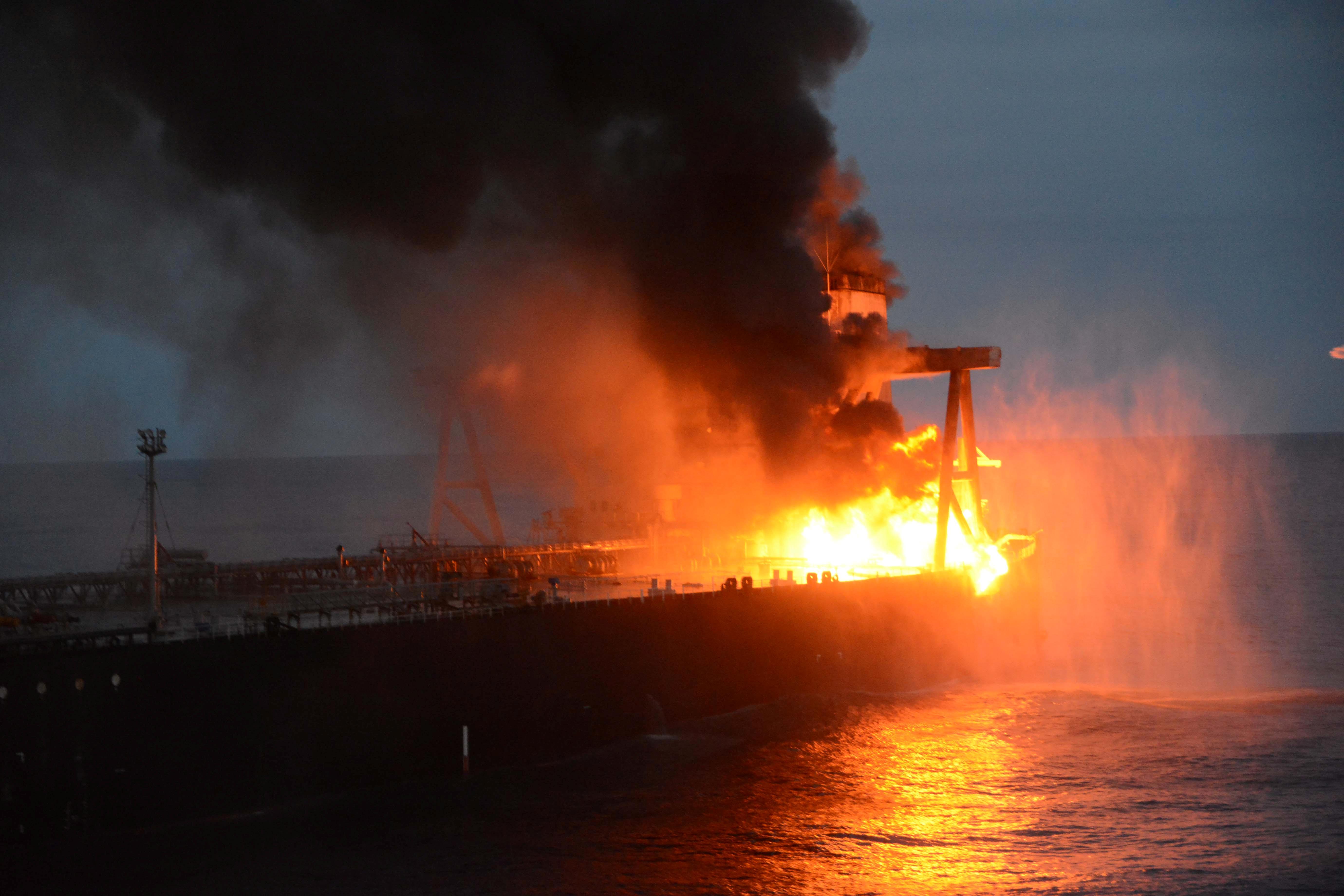 The fire was still raging on the New Diamond tanker carrying about 2 million barrels of oil, said the spokesman, Captain Indika de Silva. There were 23 crew on board, one of whom is presumed dead. The rest have been taken off the ship by the Sri Lankan navy, with one injured crew member flown to the capital Colombo for treatment.

There were no signs of an oil leak from the vessel, de Silva added. Ships from the Russian navy and the Indian coastguard have been assisting in the firefighting.

The fire that broke out in the engine room of the New Diamond on Thursday morning had spread to the bridge of the ship, chartered by Indian Oil Corp (IOC) (IOC.NS), though it has yet to reach the cargo area, the Sri Lankan navy said.

Initially, the ship was stranded 38 km (24 miles) east of the Sri Lankan town of Thirukovil, but drifted within 25 km of the coast after being abandoned. Authorities were now towing it eastward, away from the coast, de Silva said.

Thirukovil is a town in Sri Lanka’s Ampara district that was badly battered by the 2004 Indian Ocean tsunami. Arugam Bay, a world-renowned surfing spot, is nearby.

“The missing Filipino sailor is presumed dead. He was badly injured when a boiler exploded,” de Silva told Reuters, citing crew who were rescued.

“There were 5 Greek and 18 Philippine nationals among the crew. One of them was injured and he was airlifted out of the ship and the rest were accounted for.”

While there are no signs of a leak, Sri Lanka’s meteorology department has already modelled the impact of 70,000 tonnes of crude oil – a quarter of the ship’s cargo – spilling into the ocean.

The simulation, a worst case scenario according to authorities, found that such a spill would not immediately threaten the country’s east coast.

But Dharshani Lahandapura, chair of Sri Lanka’s federal Marine Environment Protection Authority, told Reuters that any spill from the ship would be catastrophic for marine life.

“It will be a huge environmental and economic disaster if this happens,” she said.

The 1989 oil spill from the Exxon Valdez, considered one of the worst human-caused environmental disasters, spewed about 37,000 tonnes of crude into waters off Alaska.

The New Diamond had sailed from the port of Mina Al Ahmadi in Kuwait, loaded with Kuwait Export Crude, Refinitiv Eikon tracking data showed. It was heading for the Indian port of Paradip, where state-run IOC has a 300,000 barrel-per-day refinery.