Kim Jong-un is reportedly “in hiding” after the North Korean leader panicked about multiple and simulatenous threats to his life. Sourabh Gupta, from the Institute for China-America Studies, made the bombshell claim to RT, after claiming that North Korea is “in a terrible state” and Kim Jong-un is struggling to maintain control. This follows wild speculation last month that the North Korean dictator was in a coma and had even been replaced by his sister Kim Yo-jong.

However, South Korea’s National Intelligence Service later clarified that Kim instead delegated authority to his sister after suffering from “high stress levels”.

Mr Gupta explained: “The leaders in North Korea can go missing when adversity is around the corner. They batten down the hatches and bunker down.

“When there was the first wave of COVID-19 in April in North Korea, Kim just disappeared.

“North Korea’s parliament was essentially non-functional and he was out for a very long period of time.”

JUST IN: Kim Jong-un ‘will kill ANYONE he sees as a threat – even his sister’ 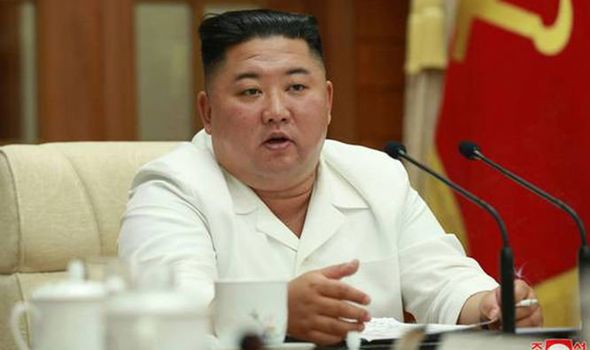 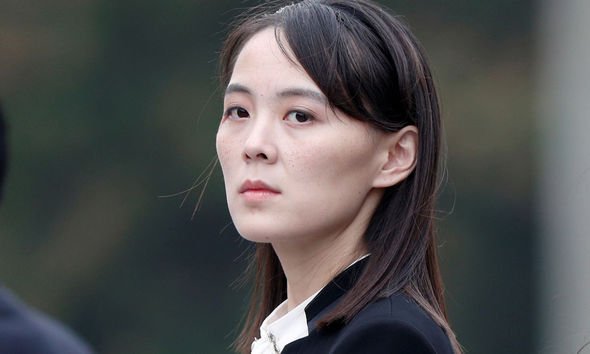 He continued:”He has resurfaced yes, but just like in South Korea, where there is a second wave of COVID, I am absolutely certain that wave of COVID is also in North Korea too.

“There are also huge typhoons coming, and sanctions are biting. North Korea is in a terrible state.

“All these adversities have come simultaneously for Kim and he is having difficulty dealing with it.

“He has been trying to delegate responsibilities away for him, including to his sister, who has since disappeared as well.” 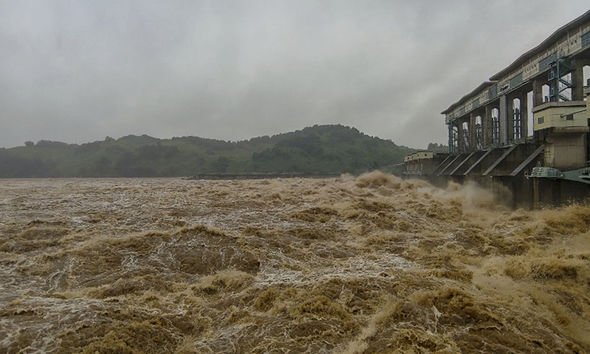 The disappearance of Kim Yo-jong, who hasn’t been seen since July 27, has also raised questions.

However, Mr Gupta downplayed fears of a conflict between the pair, saying: “That is the quickest way to get killed in North Korea.

“He wants to keep the leadership in the bloodline, hence why the sister has been prioritised over his wife for responsibilities.

“She is handling the US and South Korea relationships, and is reportedly also in control of handling the COVID lockdown in the country.” 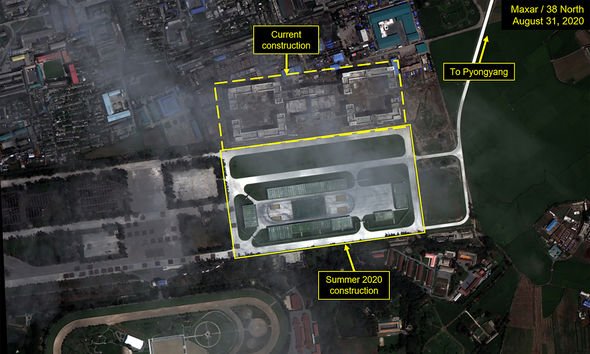 Two powerful typhoons are currently hurtling towards the Korean Peninsula, and threaten to bring more flooding and devastation after Typhoon Maysak brought flooding to Pyongyang and other cities in North Korea.

In other news, satellite images released by a US think tank show masses of North Korean soldiers have been spotted training for a major military showcase.

Despite the ongoing coronavirus pandemic, the North Korean military parade on October 10, to mark the founding of the communist party in the country, is going ahead.

The think tank 38 North said: “These images provide the first evidence that rehearsals are underway.”

The extent to which the virus has spread within the country remains unknown but it is understood that North Korea has closed its borders and implemented strict lockdown measures.

It was even reported last week that North Korean soldiers have been ordered to shoot anyone seen close to the border with China.