TOKYO (Reuters) – Asian factories continued to shake off the coronavirus gloom in August as more bright signs in China raised hopes of a firmer recovery in global demand, reducing pressure on policymakers to take bolder steps to avert a deeper recession. 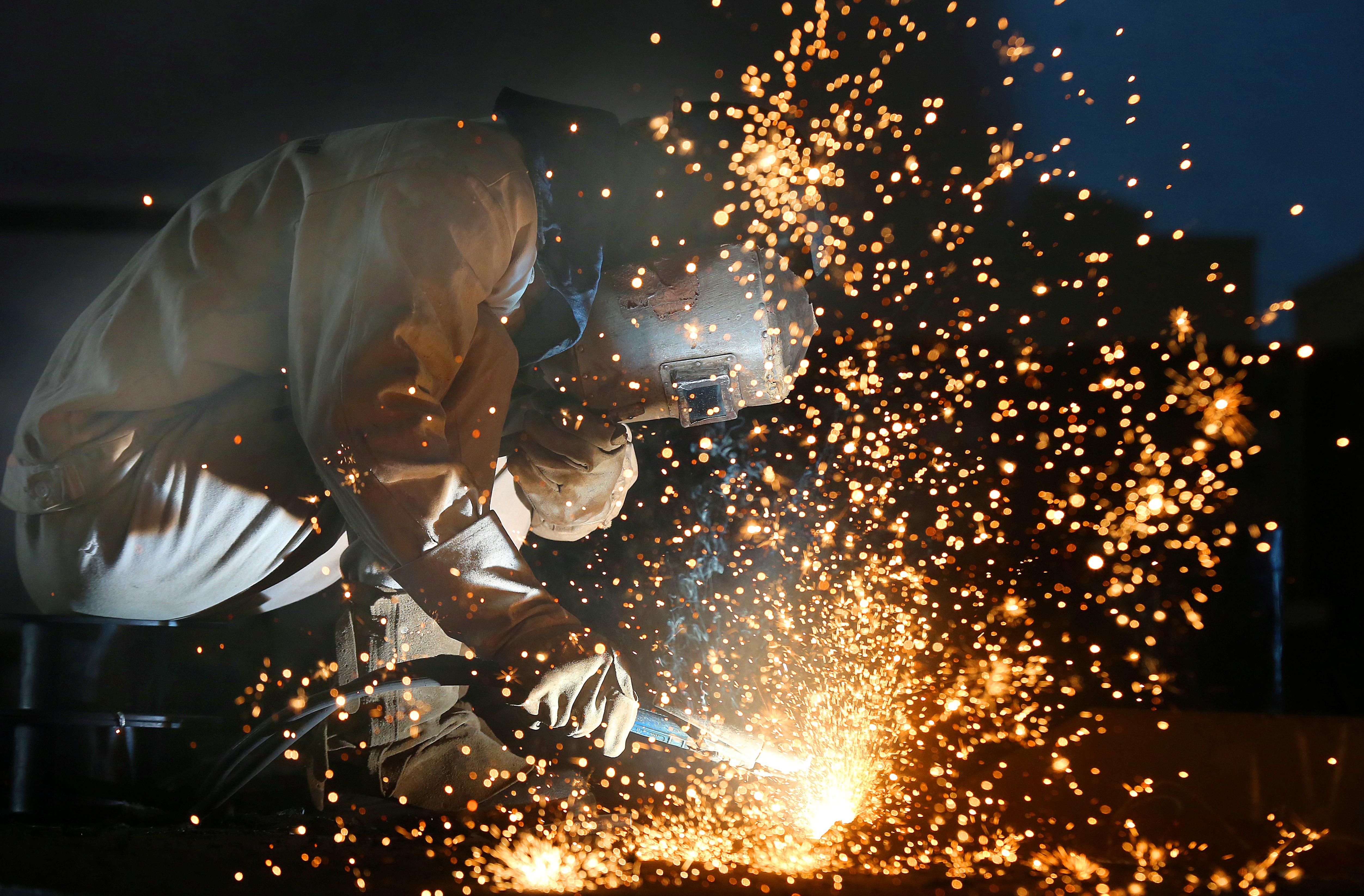 Manufacturing activity in China expanded at the fastest clip in nearly a decade in August, as factories ramped up output to meet rebounding demand, a private survey showed. New export orders rose for the first time this year.

The upbeat findings contrasted with an official survey on Monday, which showed China’s factory activity grew at a slightly slower pace in August.

But fears of a resurgence in infections in some economies may discourage firms from boosting capital expenditure and delay a sustained rebound for the Asian region, some analysts say.

“The recent recovery is largely due to pent-up demand after lockdown measures were lifted, which will dwindle ahead.”

China’s Caixin/Markit Manufacturing Purchasing Managers’ Index(PMI) rose to 53.1 in August from July’s 52.8, marking the biggest rate of expansion since January 2011.

Japan and South Korea both saw factory output contract at the slowest pace in six months in August, reinforcing expectations the region’s export powerhouses have past their worst from a collapse in demand after COVID-19 struck.

The spill-over to other parts of Asia, however, remains patchy. While manufacturing activity rose in Taiwan and Indonesia, they slid in the Philippines, Vietnam and Malaysia.

India’s factory output grew in August for the first time in five months as the easing of lockdown restrictions spurred demand. But analysts do not expect a quick turnaround in the economy, which contracted at its steepest pace on record last quarter.

The global economy is gradually emerging from the health-crisis-led downturn thanks in part to massive fiscal and monetary stimulus programmes.

But many analysts expect any recovery to be feeble as renewed waves of infections dent business activity and prevent many nations from fully re-opening their economies.

In Australia, the central bank on Tuesday unexpectedly expanded a programme to provide lenders with low-cost funding as the virus-hit economy braced for its worst contraction since the Great Depression.

Japan’s final au Jibun Bank Manufacturing PMI rose to a seasonally adjusted 47.2 in August from 45.2 in July, marking the slowest contraction since February.

The survey followed data on Monday showing factory output rose in July at the fastest pace on record, as automakers ramped up production after facing factory closures in past months.

South Korea’s PMI also rose to 48.5 in August from 46.9 in July, the highest reading since February, though it remained below the 50-mark threshold that separates growth from contraction for an eighth straight month.

While South Korea’s exports fell for a sixth straight month in August, the trade data – first to be reported among major exporting economies – signalled a gradual recovery in global demand.

“Exports will continue to recover during the second half and turn positive next year,” said Chun Kyu-yeon, economist at Hana Financial Investment. “Global demand are clearly showing recovery along with economic resumptions,” she added.

Some analysts warn against being too optimistic.

South Korea’s latest PMI findings did not fully reflect a recent resurgence in domestic coronavirus inflections in mid- to late-August.

Japanese firms cut capital expenditure by the most in a decade in the second quarter, data showed on Tuesday, a sign the pandemic was sapping corporate appetite to spend.

Japan is also in the midst of a leadership change after Prime Minister Shinzo Abe said last week he will step down, raising uncertainty about the policy outlook.

“There is … a risk that the leadership transition could bring about a period of policy paralysis and uncertainty, should Japan experience a run of frequent changes in premierships, as occurred prior to 2012,” Fitch Ratings said in a research note.