The presidential campaign of Donald Trump, who has voted by mail, claims that mail-in ballots pose a risk to elections. 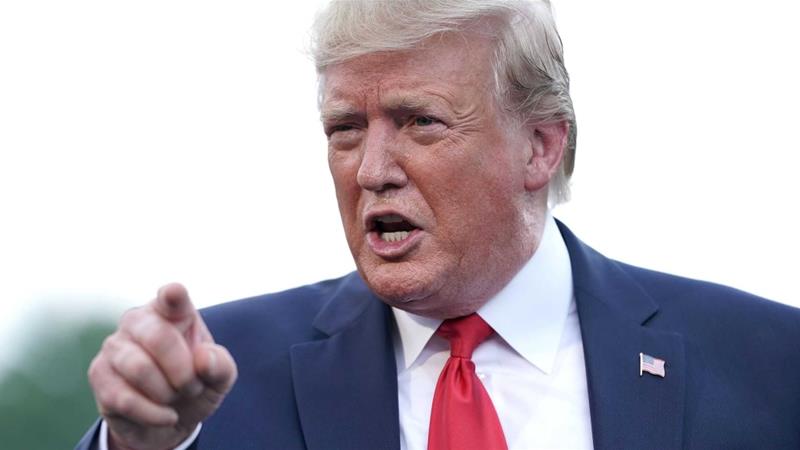 President Donald Trump’s re-election campaign and the national Republican Party have sued Nevada to block a new law that will send a mail-in ballot to every registered voter ahead of November’s United States national election.

The lawsuit, filed in federal court, claims the Democratic-sponsored legislation will result in “inevitable” voter fraud.

Nevada is among eight states that plan to mail every voter a ballot. Election officials in most states have encouraged at-home voting as the highly contagious nature of the novel coronavirus has made voting in person a concern.

In an interview on Fox News on Wednesday, Trump sought to distinguish between the security measures involved in absentee voting versus mail-in voting, though election experts have said there is essentially no distinction.

“Absentee is OK because you have to go through a process,” he said. “What they’re going to do is blanket the state. Anybody who ever walked, frankly, will get one.”

The president, who has voted by mail in Florida, said that state’s system is more trustworthy because it has had “two good governors”. Florida’s current governor, Republican Ron DeSantis, is a staunch Trump ally; Nevada’s governor, Democrat Steve Sisolak, is a Trump critic.

Trump has repeatedly claimed that voting by mail, which is expected to increase dramatically this fall (autumm) due to the pandemic, is susceptible to large-scale fraud. Experts say voter fraud of any kind is exceedingly rare in the US.

The lawsuit said Nevada’s new law is unconstitutional because it effectively extends the date of the election by mandating that ballots received up to three days afterwards should be counted, even if they lack a postmark.

The complaint cited recent New York congressional primary elections, which are still being tabulated weeks after election day, as evidence of the “chaos” the law will create.

In a statement on Monday after signing the bill, Sisolak said it would protect Nevadans and “safeguard their right to make their voices heard”.